The Reward a Texas Couple Found in a Bottle from 1962 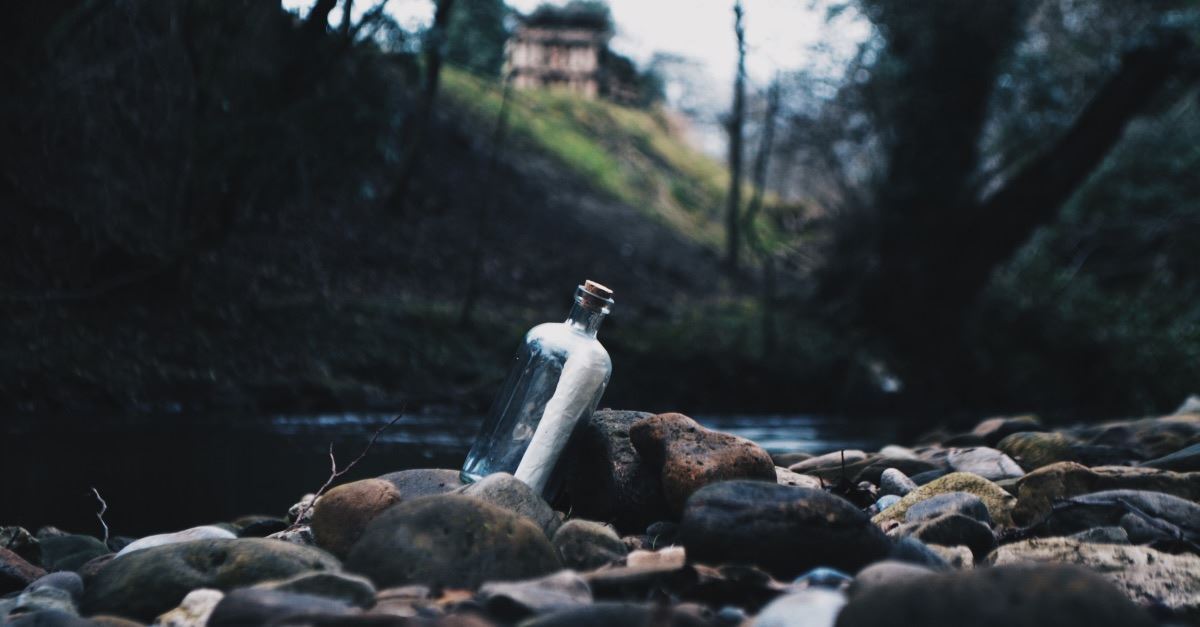 The Reward a Texas Couple Found in a Bottle from 1962

While walking on the Gulf Shore near Corpus Christi, Jim and Candy Duke found an unusual bottle. It contained a note explaining that the bottle had been released in 1962 by scientists studying the role of water currents on the movement of shrimp.

Here’s the good news: if the person finding the bottle completed and mailed the enclosed postcard, they would receive “a fifty cent reward.”

The current lab director offered to pay the Dukes as promised, though it would cost the agency fifty-five cents for a stamp and three dollars to print the check.

What was the most powerful computer in 1962?

I’ve been thinking about some of the changes to our culture since 1962.

Technological advances are an obvious example. In 1962, the most powerful computer in the world was the Ferranti Atlas. It filled a room, took six months to assemble, and was difficult to keep running for ten minutes at a time.

Technology has revolutionized our lives, but its advances are a double-edged sword: they have put mobile computing in our pockets but also fueled the plague of pornography and provided a platform for terrorist recruiting.

In 1962, the Civil Rights Act was still two years away. Governmental legislation soon advanced the biblical mandate to reject racism (cf. Galatians 3:28), but other legislation has overturned centuries of biblical morality regarding marriage, gender, and the sanctity of life.

The Nobel Prize for Medicine in 1962 celebrated groundbreaking discoveries “concerning the molecular structure of nucleic acids and its significance for information transfer in living material.” This work was foundational to genetic advances that are revolutionizing medicine today. However, these advances could also enable eugenic alterations that would redefine and threaten the future of our species.

In 1962, President Kennedy announced the goal of putting a man on the moon by the end of the decade. Thomas Kuhn’s book, The Structure of Scientific Revolutions, was a landmark event in science, history, sociology, and philosophy. Global travel was making the world smaller for cultural exchange and educational advancement.

However, the academic rejection of absolute truth and objective morality was also gaining momentum. The “sexual revolution” was one manifestation of such relativism. As Mary Eberstadt has documented, this “massive experiment in chaos and confusion” has radically and negatively impacted our culture.

What problem is the root of our problems?

Many of the technological, legislative, medical, and academic achievements of the last fifty-seven years have clearly improved our lives. But have they improved our souls?

Are humans more moral as a species today? Would you say that the overall moral trajectory of our culture is positive or negative?

What is the problem at the root of our problems?

The answer is a reality our culture considers so outdated and Puritanical that we seldom discuss it. But ignoring something makes it no less real and can make its consequences even worse.

The Bible diagnoses our root issue: “All have sinned and fall short of the glory of God” (Romans 3:23). The problem of sin cannot be solved by technology, legislation, medicine, or scholarship. We can regulate it through laws and meliorate some of its effects through education, medicine, and technology.

But we cannot change the underlying human condition: “The wages of sin is death” (Romans 6:23a). The consequences of our sin nature are spiritual, emotional, relational, and–eventually–eternal death.

Here’s the solution: “But the free gift of God is eternal life in Christ Jesus our Lord” (Romans 6:23b).

If healing bodies could save souls, the apostles with their miraculous healing ministries would have gone into health care (cf. Acts 3:1-10; 5:15-16; 20:9-10). If technology could save souls, Jesus would have used his divine omniscience to revolutionize carpentry and other industries (cf. Mark 6:3).

Let me be clear: God calls his people into medicine, technology, academics, and legislative service today. These are vital and valuable roles in our society. But they cannot save souls. Nor can the sentences I’m typing right now or the words I spoke in church last Sunday.

Only the Holy Spirit can convict of sin and save sinners (John 16:8). Only God has the miraculous power to make us a “new creation” so that “the old has passed away; behold, the new has come” (2 Corinthians 5:17).

As a result, the most valuable way to “love your neighbor as yourself” (Matthew 22:39) is to share Jesus with them. The greatest gift you can give is the good news of God’s saving grace and transforming love. You’re not forcing your beliefs on others–you are offering them the only antidote to the deadly poison of sin, the only chemotherapy that cures spiritual cancer, the only path that leads to eternal life.

If you and I see our vocations as opportunities to model and share Jesus’ transforming love, our temporal work will bear eternal fruit. But only then.

When will the moon be destroyed?

The largest “supermoon” of the year was visible last night. At 221,734 miles from earth, it is closer to us right now than it will be at any other time this year.

However, our relationship with our closest celestial companion is not permanent. According to one scientist, the earth and moon will be destroyed in about five billion years when the sun swells enough to incinerate them both.

When (or if) that happens, eternity will only have begun.