The Man Who Was Not Allowed to Board Flight 302: 'Say Thank You to God' 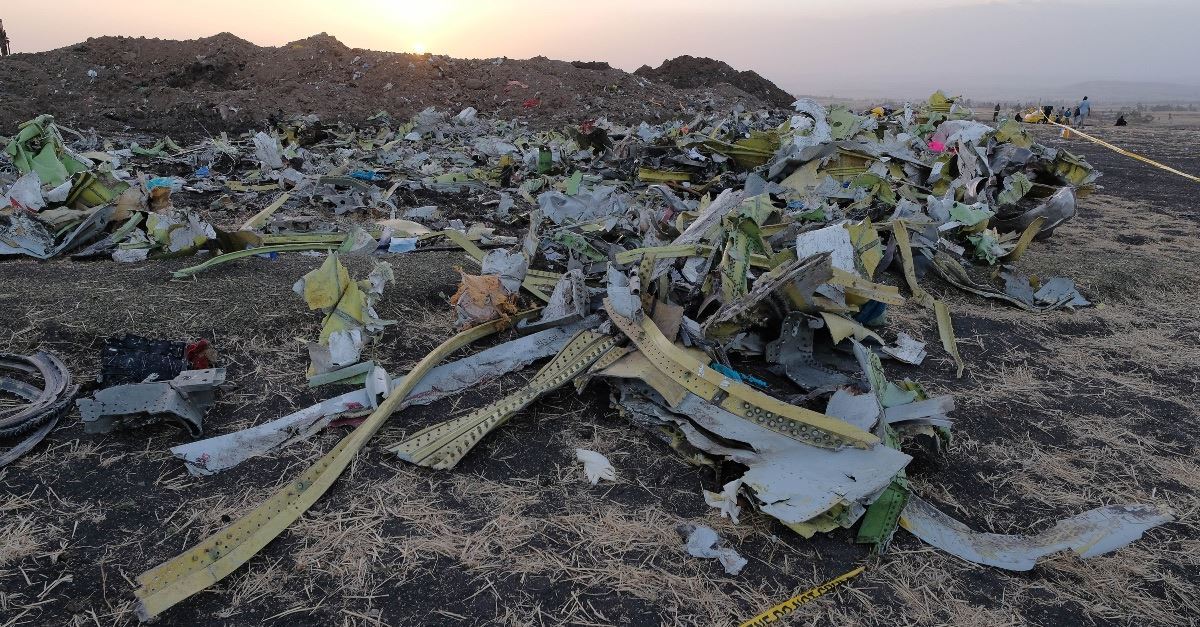 The Man Who Was Not Allowed to Board Flight 302: 'Say Thank You to God'

“When I arrived, boarding was closed and I watched the last passengers in (the) tunnel go in. I screamed to put me in but they didn’t allow it.”

This is how a Greek passenger named Antonis Mavropoulos described his attempt to board Ethiopian Airlines Flight 302 last Sunday morning.

He was not allowed to board the next flight to Nairobi after the airline lost contact with the flight he was supposed to take. He says that a security staff member “told me gently not to protest and say thank you to God, because I am the only passenger who did not enter the flight.”

Antonis Mavropoulos has abundant reason to “say thank you to God” today. What about those who lost someone on the airplane he tried to board?

The 157 victims of Flight 302 were a small percentage of the 153,424 people who die every day around the world. But the sudden shock of their deaths made their loss especially tragic.

Is the Christian faith truly relevant at a time like this?

Is God a clockmaker?

One of the finest pastors in America, a dear friend of mine, lost his oldest son recently. As the father of two and grandfather of four, I cannot begin to imagine his pain. Or that of the families grieving over the Ethiopian airline tragedy.

At times like this, grief can turn us from God in bitterness and disappointment. If he’s our loving Father, why does he allow his children to suffer so terribly?

Or grief can turn us toward God in faith and hope. Since he’s our loving Father, won’t he help us through these days of despair and pain?

Nothing about the Ethiopian jet crash changed the character of God. If he loved us before, he loves us still. If he was King of the universe on Saturday, he is King on Tuesday.

Maybe he is a clockmaker watching his invention run down on its own. Or maybe he’s not there at all.

When a hammer cannot drill a hole

The key is to understand what the Christian faith promises and what it does not.

It is unfair to blame a hammer when it cannot drill a hole or a drill when it cannot drive a nail. Jesus never promised us that his followers would be immune from death and grief. Just the opposite: “In the world you will have tribulation,” he warned us (John 16:33).

What Jesus did promise is that he will be with us “to the end of the age” (Matthew 28:20). He said of his followers: “I give them eternal life, and they will never perish, and no one will snatch them out of my hand” (John 10:28).

He promised that he would reward his persecuted followers: “Rejoice and be glad, for your reward is great in heaven” (Matthew 5:12). He promised the thief on the cross what he promises us in the moment of our death: “You will be with me in paradise” (Luke 23:43; Philippians 1:21).

“The last of human freedoms”

In the meantime, his Spirit is using our challenges to mold us into the character of Christ (Romans 8:29).

In Man’s Search for Meaning, holocaust survivor Viktor Frankl wrote that he and his fellow prisoners experienced “the last of the human freedoms—to choose one’s attitude in any given set of circumstances, to choose one’s own way.” He discovered that in responding to their suffering, “the sort of person the prisoner became was the result of an inner decision, and not the result of camp influences alone.”

It is precisely here—when we must choose the “sort of person” we become—that Jesus’ presence and power are especially relevant to us.

But there’s a catch.

“Why do you seek the living among the dead?”

When women came to Jesus’ tomb to finish his burial, “they did not find the body of the Lord Jesus” (Luke 24:2–3). “While they were perplexed about this,” two angels appeared to them (v. 4). They asked the women, “Why do you seek the living among the dead?” (v. 5).

Twenty centuries after Easter, Christians can still do the same. We “seek the living among the dead” when we treat Jesus as anyone or anything other than our living Lord. When he is an idea, a theology, a model, a movement, he is as “dead” as if he were Muhammad or Buddha. When we experience him as a living person, only then do we not seek him among the dead.

It is hard in our materialistic culture to trust that which must be known through faith rather than through experience. We understand cemeteries more than resurrections. We are comfortable with theology (“a word about God”), less with Theo (“God” himself).

“I feel the bottom and it is good”

What grief are you carrying for yourself or for someone you know?

Bring it to the risen and living Christ. Ask him to use it to make you more like him—more dependent on your Father (John 5:30), more obedient to his will (Matthew 26:39), and more compassionate for those who suffer (John 11:35). Then ask his Spirit to make you the presence of Jesus for someone who is hurting (1 Corinthians 12:26–27).

And know that whatever you face, the worst is only the gateway to the best.

Yandall Woodfin was one of my professors and mentors in seminary. His marvelous textbook, With All Your Mind: A Christian Philosophy, ends with these words:

“It can be for any of us who trusts in Christ as it was for Christian and Hopeful in John Bunyan’s Pilgrim’s Progress. As they approach the river of death, which has no way around nor bridge across, they ask about the depth of the water and are told, ‘You shall find it deeper or shallower, as you believe in the King of the place.’

“Upon entering the water Christian begins to sink and cries to his companion that the billows and waves are going over his head. To this Hopeful responds, ‘Be of good cheer, my Brother, I feel the bottom and it is good.’ Christian soon finds solid ground to stand on and ‘the rest of the River was but shallow.'”

What river are you crossing today?