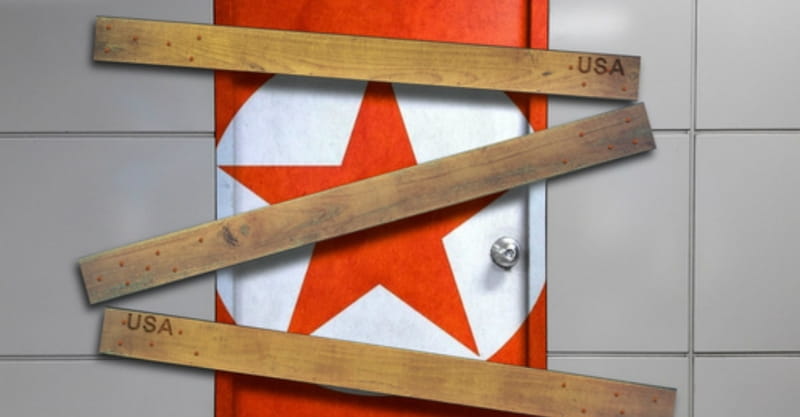 “Sadly, based on the tremendous anger and open hostility displayed in your most recent statement, I feel it is inappropriate, at this time, to have this long-planned meeting. Therefore, please let this letter serve to represent that the Singapore summit, for the good of both parties, but to the detriment of the world, will not take place.”

With these words, President Trump notified Kim Jong Un yesterday that he was canceling their June 12 summit in Singapore.

This decision followed a series of ominously worded statements from North Korea. Their senior envoy for US affairs had threatened to call off the summit and warned that their regime could “make the US taste an appalling tragedy it has neither experienced nor even imagined.” The envoy also described Vice President Pence as a “political dummy.”

The White House says back channels for discussions with North Korea are still open but states that the regime must first change its rhetoric.

The threat of North Korea is just one of the challenges we face as a nation.

In addition, China is expanding its economic and military power and influence. Proxy wars in the Middle East involving Iran, Saudi Arabia, and Israel threaten to escalate.

Dan Coats, the US Director of National Intelligence, testified earlier this year before a Senate Select Committee on Intelligence: “We face a complex, volatile and challenging threat environment. The risk of interstate conflict is higher than any time since the end of the Cold war–all the more alarming because of the growing development and use of weapons of mass destruction by state and nonstate actors.”

A nation worth protecting

The challenges of our day show why the men and women of our military are so important to our nation. More than 1.4 million Americans are serving on active duty today. Each of them has taken an oath to defend each of us.

Over America’s history, more than 1.1 million men and women have fulfilled that oath at the cost of their lives. Their memory lives in our gratitude. All we do this Memorial Day weekend to honor their sacrifice is so much less than they did to deserve it.

How does God want us to observe this important tradition?

One: Minister to the families of fallen soldiers. Scripture tells us that “the Lord is near to the brokenhearted and saves the crushed in spirit” (Psalm 34:18). He wants us to be the presence of Jesus as we serve and pray for those in grief.

Two: Pray for wisdom for our military and civilian leaders. In these perilous times, claim the biblical promise: “If any of you lacks wisdom, let him ask God” (James 1:5).

Three: Pray for peace among nations. Pray for Kim Jong Un and other world leaders to follow Jesus. Make Paul’s prayer yours: “May the Lord of peace himself give you peace at all times in every way” (2 Thessalonians 3:16).

“An estate to be preserved”

Noah Webster has been called “the father of American scholarship and education.” On the twenty-sixth anniversary of the Declaration of Independence, he delivered a remarkable oration in which he pointed to the values and examples of the patriots whose sacrifice purchased America’s freedom.

At one point, he turned to “the youth of our country, who were not spectators of the distresses of the war.” His charge to them is just as relevant for us: “Let them consider that upon them has devolved the task of defending and improving the rich inheritance, purchased by their fathers. Nor let them view this inheritance of National Freedom and Independence, as a fortune that is to be squandered away, in ease and riot, but as an estate to be preserved only by industry, toil and vigilance.”

Let us preserve this inheritance at any cost, to the glory of God.