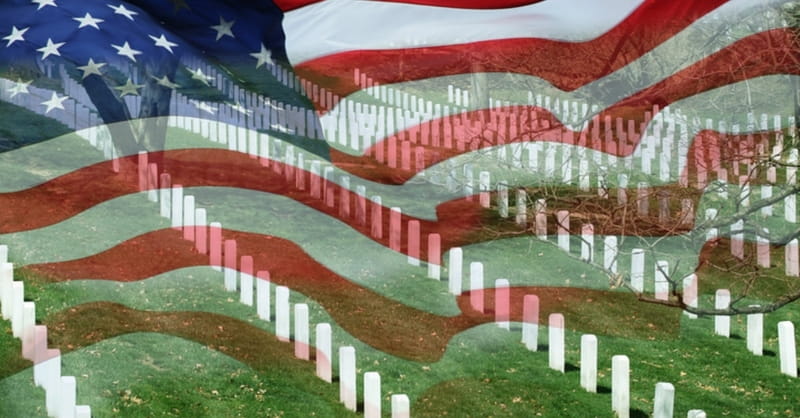 The National Football League Players Association (NFLPA) has unanimously passed a resolution calling on all players to honor the Veterans Day Moment of Silence Act during Sunday’s games.

What is this Act? Why is it so significant?

An Act with a noble history

The Act was passed unanimously by both houses of Congress and signed into law by President Obama on October 7, 2016. It calls on all Americans to observe a two-minute moment of silence on Veterans Day.

This tradition originated in Cape Town, South Africa, where the mayor suggested one minute of thanksgiving for those who returned alive from the war, followed by another minute to remember the fallen.

A South African author named James Percy FitzPatrick proposed that this silence become an official part of the annual Armistice Day service. He explained his reasoning:

It is due to the women, who have lost and suffered and borne so much, with whom the thought is ever present.
It is due to the children that they know to whom they owe their dear fought freedom.
It is due to the men, and from them, as men.
But far and away, above all else, it is due to those who gave their all, sought no recompense, and with whom we can never repay–our Glorious and Immortal Dead.

Critics might wonder if the NFLPA’s resolution is intended to counter the criticism players have received for kneeling during the National Anthem. I prefer to view it as a commendable step forward for our nation.

A question worth pondering

We owe the men and women of our military a debt we cannot pay. Each of them is willing to die for each of us. Their sacrifice makes possible the freedoms we enjoy every day.

Whenever I meet veterans, I thank them for their service. I once asked a veteran what else I could do to express my gratitude. I’ll never forget his response: “Make this a country worth dying for.”

How can we fulfill his request?

For guidance, I turned to Thomas Jefferson’s immortal ideals that founded our nation: “We hold these truths to be self-evident, that all men are created equal, that they are endowed by their Creator with certain unalienable rights, that among these are Life, Liberty and the pursuit of Happiness.”

What do these values mean for me as a Christian?

Today, I’d like to interpret Jefferson’s commission through the lens of Jesus’ commission: “You will be my witnesses in Jerusalem and in all Judea and Samaria, and to the end of the earth” (Acts 1:8).

One: According to Jefferson, “All men are created equal.” According to Jesus, “You shall love your neighbor as yourself” (Mark 12:31). As his witness, I am called to love every person I meet enough to share the gospel in my words and my works.

Two: According to Jefferson, all people have the right to “Life.” According to Jesus, he is “the way, and the truth, and the life” (John 14:6). As his witness, I am called to lead every person I can to eternal life in him.

Three: According to Jefferson, all people have the right to “Liberty.” According to Jesus, true freedom is found only in him: “If the Son sets you free, you will be free indeed” (John 8:36). As his witness, I am called to offer freedom in Christ to every person in spiritual bondage.

Four: According to Jefferson, all people have the right to the “pursuit of Happiness.” According to Jesus, he came “that they may have life and have it abundantly” (John 10:10). As his witness, I am called to exhibit and share his abundant joy with every person I meet.

To summarize: I am to be Jesus’ witness to all people by sharing the life, liberty, and happiness found in him. So are you.

If we fulfill this calling, we will do our part to make America a nation worthy of her veterans. And a nation devoted to her Lord.

Our veterans are willing to make the ultimate sacrifice for us. What price will we pay in return?