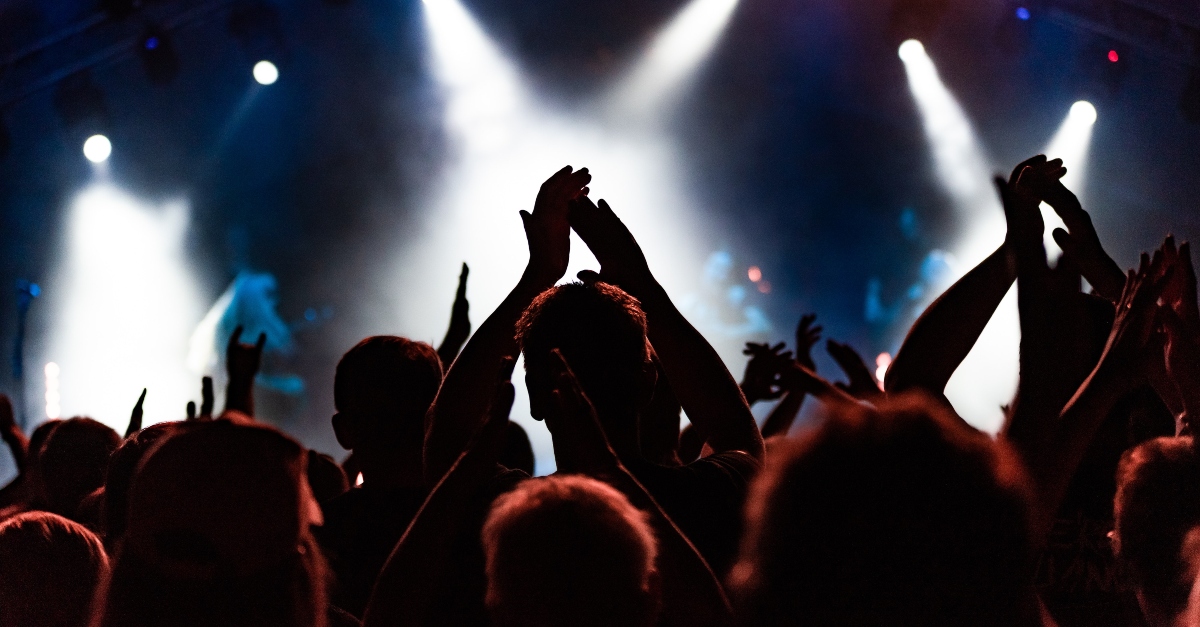 Pastor John MacArthur led his congregation in worship inside Grace Community Church’s 3,500-seat sanctuary in Sun Valley, California, last Sunday. They met in violation of state restrictions stating, “Places of worship must therefore discontinue indoor singing and chanting activities and limit indoor attendance to 25 percent of building capacity or a maximum of one hundred attendees, whichever is lower” (their emphasis).

Videos and pictures of the service showed the sanctuary filled to capacity with worshippers sitting shoulder-to-shoulder. I did not see anyone wearing a mask.

MacArthur said in a video statement, “We will obey God rather than men. We’re going to be faithful to the Lord and we’re going to leave the results to him.” He added, “We will not bow to Caesar. The Lord Jesus Christ is our king.”

According to Franklin Graham, officials from the Los Angeles County Department of Public Health have threatened MacArthur with “repercussions such as fines and even possible arrest.” Nonetheless, MacArthur states, “We will meet as the church of Jesus Christ because we’re commanded to do that. We will sing, we will pray, we will fellowship, we will proclaim the word of God far and wide.”

Commenting on churches that have chosen to defer in-person worship until January, MacArthur said, “I don’t have any way to understand that other than they don’t know what a church is and they don’t shepherd their people, but that’s sad. And you have a lot of people in Christianity, who seem to be significant leaders, who aren’t giving any strength and courage to the church. They’re not standing up and rising up and calling on Christians to be the church in the world as I said on Sunday.”

How Greg Laurie’s church responded to the restrictions

An hour away, in Riverside, California, worshipers at Greg Laurie’s Harvest Christian Fellowship met in a white tent half the size of a football field to comply with state orders restricting indoor worship.

Volunteers scanned attendees’ foreheads with infrared thermometers before they entered the tent, where they found rows of six chairs spaced about six feet apart. Masks were required and signs directed worshipers to wave at rather than touch one another.

An official with MacArthur’s Grace to You ministry said that moving gatherings outdoors to comply with state regulations was not an option for Grace because of the size of the congregation and the California heat. He also said, “You don’t have to shut down the whole church” just because people might catch an illness.

Laurie, by contrast, sees the outdoor setting as “our newest response to keeping people safe in California. We don’t have to be in the sun, and we were easily able to sit in distanced seating groups and still feel like one big happy family.”

How are we to balance the relationship between church and state? Consider three principles.

One: Gathering publicly for worship is commanded by Scripture: “Let us not neglect our meeting together, as some people do, but encourage one another” (Hebrews 10:25 NLT). As Ed Stetzer and Josh Laxton demonstrate, congregations gather to sing (Ephesians 5:19; Colossians 3:16), pray (Matthew 21:13), preach and teach God’s word (1 Timothy 4:13), and observe the ordinances (1 Corinthians 11:26). These activities are central to the identity and function of the church.

Two: We are to obey secular authority. Paul clearly taught us: “Let every person be subject to the governing authorities” (Romans 13:1). Peter added, “Be subject for the Lord’s sake to every human institution, whether it be to the emperor as supreme, or to governors as sent by him to punish those who do evil and to praise those who do good” (1 Peter 2:13-14).

Three: There are times when biblical obedience requires civil disobedience. While Paul and Peter taught that we should obey secular authority, both apostles were executed by the Roman Empire for refusing its mandate to cease preaching the gospel. As Peter told the Sanhedrin when it imposed the same restriction: “We must obey God rather than men” (Acts 5:29).

How do we balance these three principles?

Here’s my restatement of Jesus’ proclamation: Obey your highest authority. When you can obey both Caesar and Christ, you should obey both. When you are asked to “be subject to the governing authorities,” seek to do so without disobeying Scripture.

In the context of public worship during a pandemic, find ways to accommodate health restrictions wherever possible so as to love God and to love your neighbor as well (Matthew 22:37-39). It seems to me that Greg Laurie’s church did this effectively. Ask God to guide you to safe worship and ministry opportunities that might not exist in a normal environment.

In his First Apology, Justin Martyr (AD 100–165) wrote to the Roman emperor: “To God alone we render worship, but in other things we gladly serve you, acknowledging you as kings and rulers of men.” He taught his fellow believers to obey the state wherever and however they could, so long as they made Jesus their highest authority.

Despite Justin’s commitment to good citizenship, the day came when he was commanded by Rome to denounce his faith and sacrifice to the pagan gods. He replied, “No one who is rightly minded turns from true belief to false.” He was executed rather than deny his Lord.

How will you serve Christ and Caesar today?

NOTE: For more on public worship, Supreme Court rulings, masks mandates, and the status of religious freedom today, please see my latest website paper, “What does the Bible say about religious liberty?”