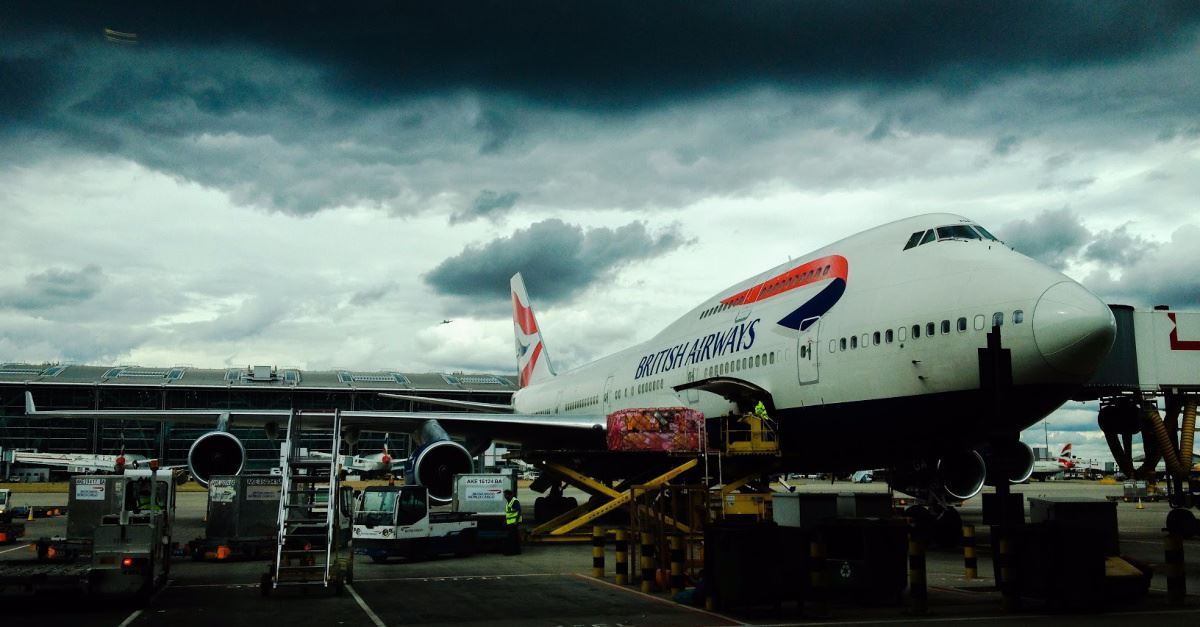 But that’s just what happened Monday.

When they landed, confusion ensued. Flight attendants asked for a show of hands of passengers who thought they were traveling to Düsseldorf. When every hand went up, they realized that every passenger was now in the wrong place.

We can be both sincere and wrong

There are many ways to be sincerely wrong today.

Same-sex marriage supporters are convinced that biblical, moral, or religious liberty objections are irrelevant or wrong. The same is true with abortion advocates. Their claims seem simple and persuasive: “Everyone should be able to love who they love,” “A woman is the best person to decide what to do with her own body,” and so on.

But as British Airways proved, it’s possible to be both sincere and wrong. Another topic making today’s news illustrates the same point.

Underwater hotels and restaurants are being built for the ultra-wealthy. One submerged hotel offers an underwater villa for $50,000 a night. “Billionaire bunkers” are being constructed around the world, enabling the wealthy to survive nuclear attacks and other catastrophes.

But all is not well on the wealth frontier.

As Bloomberg reports, deceptive billing for private and corporate jet users is escalating. The Department of Education has opened a probe into the $25 million college admissions cheating scandal in which fifty people were criminally charged. And the ex-wife of a man who won a $273 million jackpot does not want him back, telling reporters: “I have morals.”

Another story on our theme is being reported by the New York Times: “Human Contact Is Now a Luxury Good.” The wealthy are discovering that human engagement is vital to their well-being. They are spending on experiences such as luxury travel and dining rather than technology and other goods.

Clearly, possessions cannot produce happiness, even when we sincerely think they will.

No one thinks in a vacuum.

You and I inherited our Western culture from the Greeks and Romans. Centuries before Christ, their worldview divided the soul from the body, determining that the former is positive while the latter is evil. This belief led centuries of Christians to venerate monastic withdrawal from the world as the highest form of spirituality.

A second version of cultural engagement we inherited from our cultural ancestors splits religion from the “real world.” As we noted yesterday, transactional religion teaches us to placate the gods so they will do what we want. “Go to church on Sunday so God will bless you on Monday” is the formula today. We are therefore told to live in two worlds: the religious and the secular, valuing each as we wish.

A third view is rising quickly in our culture: there is no soul or supernatural reality, so we are free to focus on the material. According to a new survey, 23.1 percent of the American population has “no religion,” slightly more than Catholics (23 percent) and evangelicals (22.5 percent).

Withdrawing from the culture, separating faith from life, or ignoring the supernatural—none of these is the way God intends us to relate to our world.

I am studying Proverbs these days and found chapter 11 especially relevant to today’s conversation. Solomon, one of the wealthiest men of all time, warned us: “Riches do not profit in the day of wrath, but righteousness delivers from death” (v. 4). He added: “Whoever trusts in his riches will fall, but the righteous will flourish like a green leaf” (v. 28).

If we are not to trust in material wealth, how are we to relate to the material world?

In short, we are to use the material for the spiritual, the temporal for the eternal.

Those we know who do not know Jesus may well be sincere in their unbiblical beliefs, from denying God’s existence to rejecting Jesus’ divinity to questioning the truth or relevance of Scripture. The fact that they are sincerely wrong means they don’t know how wrong they are.

And it means they need our witness and ministry much more than they think they do.

Torn up Bibles and lost souls

Ben Malcolmson played on the 2006 University of Southern California football team that won the Rose Bowl. He told Fox News yesterday, “From the moment I made the team, I knew God had a purpose for me there. I started pressing into that mission from day one.”

But he didn’t know how hard it would be to help his teammates meet his Lord.

He started a Bible study, but no one came. He began a prayer group, but no one joined him. He then placed Bibles at each of his teammates’ lockers on Christmas Eve, days before the team was to play in the Rose Bowl. When he returned to the locker room two days later, he found the Bibles torn up and shredded.

“It was the culmination of a season full of discouragement,” he said.

Nearly four years later, working as an assistant to Coach Pete Carroll of the Seattle Seahawks, an old friend connected with Malcolmson. He told him that one of the Bibles he gave his fellow players had been picked up and read by a teammate who accepted Christ three days before passing away.

Malcolmson concluded, “Even when I couldn’t see [God’s] hand in the moment, he truly was at work all along.”