Mama Maggie - and Christianity - Are Good for the World: 2019 Wilberforce Weekend Livestream 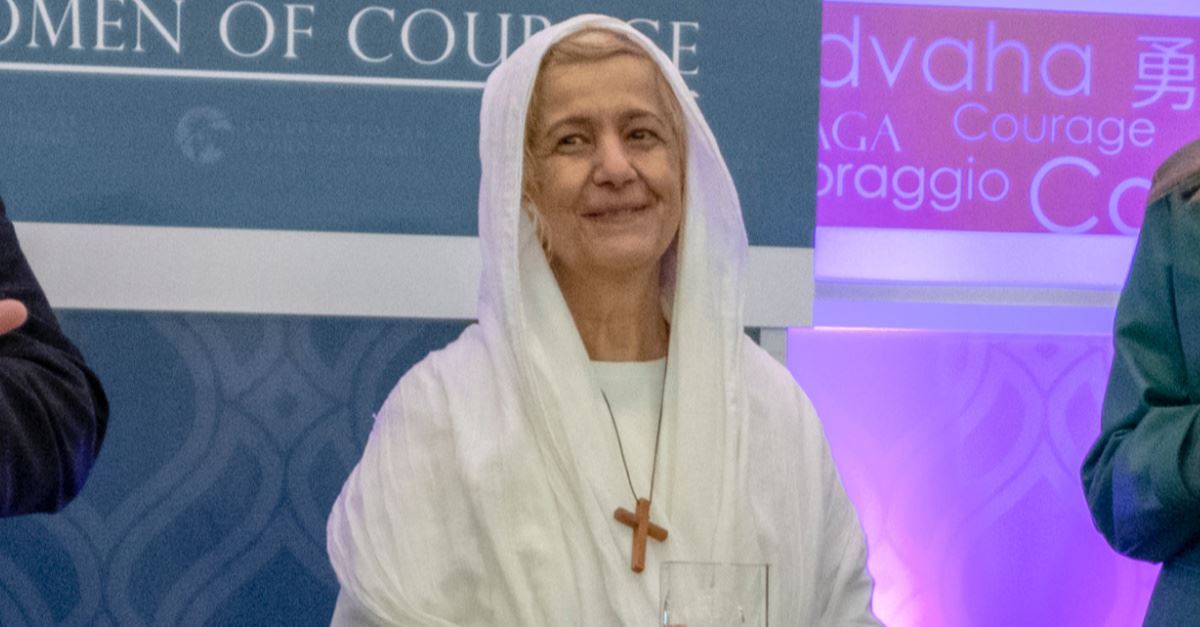 Mama Maggie - and Christianity - Are Good for the World: 2019 Wilberforce Weekend Livestream

As Christians in an age of skepticism, we often talk about making the case that Christianity is true. But more often than not, the question of our culture today is whether Christianity is good? Does it make the world a better or worse place?

That’s the question we’ll be wrestling with this weekend, from a variety of angles. Our annual Wilberforce Weekend conference taking place across the river from Washington, D.C. starts today. Helping us think through the goodness of Christianity for the world is an amazing lineup of speakers, including John Lennox, Star Parker, Rick Warren, Kelvin Cochran, Jeremiah Johnston and more. For a schedule and to sign up for the free livestream, come to BreakPoint.org.

Still, the definitive answer will come tomorrow night. This year’s Wilberforce Award ceremony will honor a Coptic Christian woman known around the world as “Mama Maggie.”

Thirty years ago, Maggie Gobran was a well-to do Egyptian woman who loved traveling from Cairo to Europe with her husband for parties and shopping. That all changed when she and some friends from church visited one of Cairo’s garbage slums. Some 60,000 people live there, most of them Christians, and they gather and sort garbage in appalling conditions for a few coins a day—barely enough to live on.

As she spoke with the parents and hugged the children, Maggie’s life was transformed. Ellen Vaughn writes in her biography of Mama Maggie that Maggie fell in love with the privilege of being a part of their lives. So she began visiting the slums every day, and eventually founded a ministry called Stephen’s Children, named for the first Christian martyr. Three decades later, Stephen’s Children now helps 33,000 children through home visits, camps, vocational training, schools, and medical care. Just this fact alone is staggering: Mama Maggie has started over 100 schools.

A few years ago, Mama Maggie hugged a little boy named Karim. As she placed her hand over his heart, she knew at once that something was wrong. So she asked a Stephen’s Children leader to take Karim to her brother, who is a cardiologist. Karim had a hole in his heart and needed surgery, but his desperately poor family couldn’t afford to pay for it.

Then there’s the story of Sharif, another boy who attended a Stephen’s Children camp. Just before Mother’s Day one year, Stephen’s Children volunteers visited his home to give him a little money to buy his mother a gift. But no one was home. The leaders went back several times, although they normally didn’t do this. On their fifth visit, they found Sharif with a baby girl in his arms. The baby was sick, but her father had no money to pay for the medicine she needed.

Stephen’s Children volunteers gave Sharif the money, who immediately handed it to his father. “Buy Baby Sarah whatever she needs,” he told him.

When Sharif’s father discovered how many times the leaders had come back to his house, he began to cry.

“For ten years,” he said, “I have never set foot in a church. I believed that God had forgotten me. But because of what happened today, I will go back to church.”

There are thousands and thousands of other stories like this. But here’s just one more. You might remember those 21 Coptic Christians that were beheaded by ISIS terrorists on that beach back in 2015. Each one refused to renounce their faith. At least seven of those martyrs attended Mama Maggie’s schools.

For her thirty years of serving others in the Cairo slums, the Colson Center is awarding Mama Maggie the 2019 Wilberforce Award. Her life and work echo that of the great British parliamentarian William Wilberforce, who labored for 40 years to banish the slave trade in Britain and reform a broken society.

It will be my distinct privilege to present the Wilberforce Award to Mama Maggie tomorrow night. And remember, if you cannot join us in person, we will be livestreaming the conference and the awards banquet on BreakPoint.org. You can get free access by going to BreakPoint.org/Livestream.