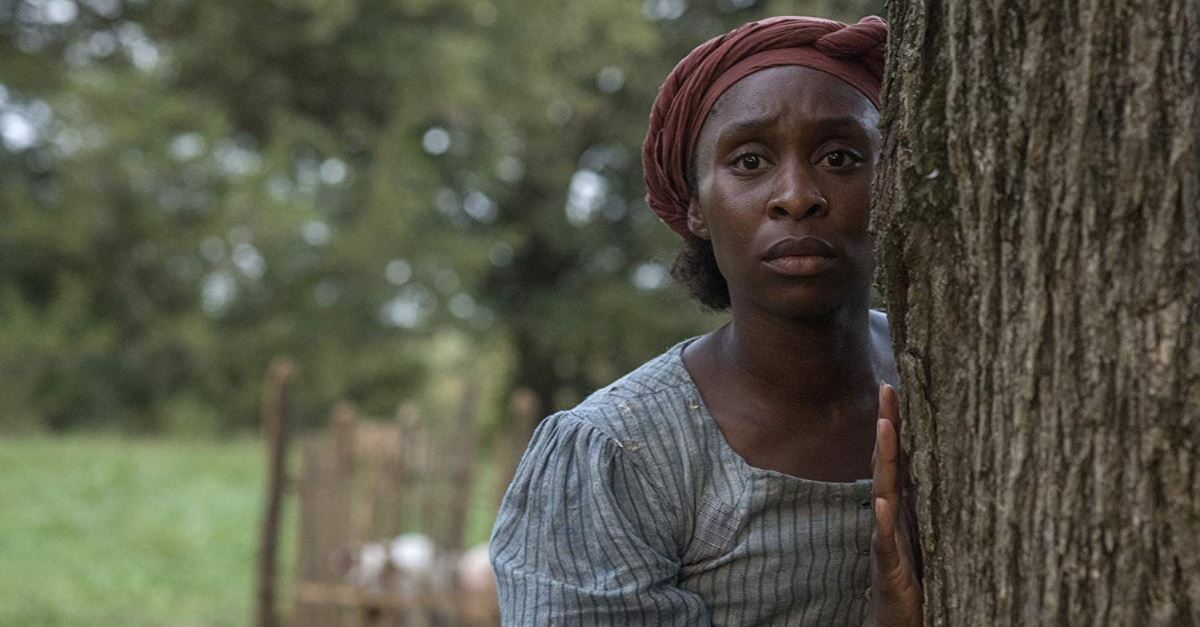 “Sometimes it stings, like a slap in the face.” That’s how Araminta Tubman – known best as Harriet – describes hearing the voice of God in the new Focus Features’ movie “Harriet.”

The film follows Tubman, the Underground Railroad’s most famous conductor, who, after escaping to freedom herself, returns again and again, in order to bring other slaves to freedom.

This is the latest of the sweeping trend filling theaters with biographies of interesting and important historical figures. Unlike many of the other biopics on offer, this heroine is famous not for pop-star talent or mass appeal, but because of what she did for so many others.

Nor did she succeed by merely “overcoming great odds” or “relying on her own inner strength.” As the film makes quite clear, Tubman’s reliance on God gave her great strength and helped her overcome the greatest of odds.

In a time when far tamer references to faith, prayer, or God can be cause for cultural cancellation, I am so thankful that the producers of “Harriet” featured this part of her life story from the beginning of the movie to the very end. But even so, the film does not picture God as some weird crutch or wish-granting genie in Tubman’s life.

The movie also manages to avoid picturing faith in any way that resembles the prosperity gospel. Though Tubman prays audibly to God and expects God to answer, He doesn’t always do so in the way she wants or expects. After her own harrowing and unlikely escape early in the film, Tubman believes God wants her to rescue her husband. But she’s horrified when she returns to the South to discover he’s now married to another woman. She comes to believe instead that He sent her back for the sake of others.

Later in the film, Tubman is confused and desperate when her sister refuses to be rescued. She prays for relief, but it doesn’t always come. God speaks to her, sometimes with comfort and sometimes “like a slap.” While some critics think this depiction of the Christian God looks too much like mysticism, I would suggest the film portrays her relationship with God in a way that is nuanced, complicated, and realistic.

We can also be thankful that “Harriet’s” screenwriters didn’t turn her into a cliched, female superhero. Certainly, Tubman’s achievements defy belief: She personally led 70 slaves to freedom, served as a spy for the Union Army, and led an armed battalion during the Civil War. Still, “Harriet’s” producers chose to portray her in a beautifully human way.

Tubman doesn’t deliver pithy, vengeful one-liners, even when confronting her former slave-keeper. She’s not some heroine who’s unusually strong or powerful. She simply had the courage to obey God—a God who sometimes confused her. There’s not a lot more inspiring than that.

Her story reminds us that self-sacrifice, even if impractical, has great value. Every return trip she made to the South was, in any practical sense, a terrible idea. She was likely to fail.

But thank God that after tasting freedom in Philadelphia, she didn’t count her own comfort as something to be grasped. She had suffered so greatly that her freedom, once she found it, had to be shared. All followers of Christ should feel that same urgency when we remember what the Cross has done for us.

Some critics have noted, with disdain, the movie’s lack of violence. This only makes me wonder how much violence we actually want. Make no mistake, there is plenty of violence in the film, on a level that could be too much for pre-teens. On the other hand, given the nature of the subject, the filmmakers could have gone a lot further. I’m glad they didn’t.

I took two of my daughters to see the film, the youngest of which is 12. She is a mature 12, and I’d say this was as intense a film as she’s seen. The movie is rated PG-13 for three instances of profanity and for many racial epithets—which is to be expected in a movie that deals with slavery. Still, I was grateful for this opportunity to confront the sins of our nation’s past with my daughters, while also being reminded that God is still at work in the darkest of times through real people.