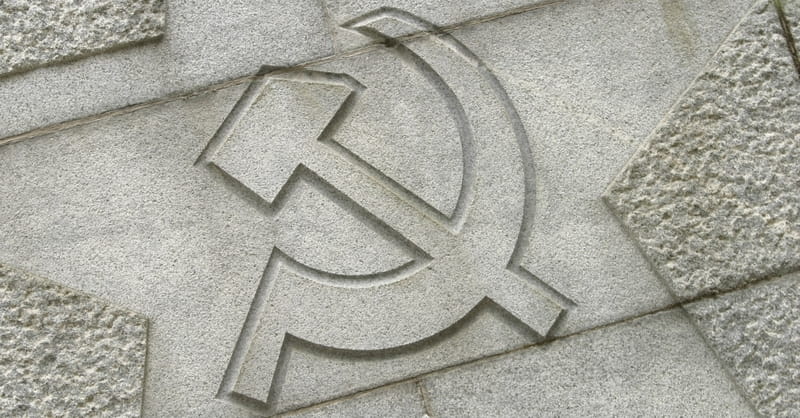 One hundred years ago, Bolshevik revolutionaries stormed the Winter Palace in Petrograd, the seat of the Provisional Government of Russia. They also seized post offices, train stations, and telegraphs in the dead of night. When the people of Russia’s capital city awoke, they were in what Rhodes Scholar David Satter described as “a different universe.”

That universe was a communist one. Vladimir Lenin’s so-called “October Revolution,” which took place in November on the Gregorian calendar, sought to establish the first-ever Marxist state. After a lengthy civil war, the Union of Soviet Socialist Republics emerged, marking one of the greatest setbacks Western Civilization has suffered since the fall of Rome. Communism would eventually rule one-third of the planet, condemning one-and-a-half billion people to lives under brutal, totalitarian governments, and leaving behind a trail of over 100 million corpses.

So many people died because, as Satter explains in The Wall Street Journal, the communist worldview sees the state as supreme, replacing God, Himself. It’s infallible, it transcends morality, and it demands absolute loyalty from its citizens.

Karl Marx taught that only such a state, acting for its people, could break the chains of economic oppression and private property, creating a “new man.” This type of person, depicted in Soviet propaganda posters with bulging muscles and steely eyes, would work willingly for the common good, seek only to advance the interests of his comrades, and usher in a worker’s paradise.

The communist ideal was nothing short of a godless eschatology—a Heaven on earth.

What we got instead was hell on earth. Through political purges, forced population transfers, manmade famines, gulags, and a so-called “Great Leap Forward,” dictators like Joseph Stalin, Mao Zedong, and Pol Pot presided over some of the worst mass murders in human history, all directly motivated by the desire to bring about that communist paradise.

It wasn’t until Christmas 1991 that the darkness which had fallen on Russia in 1917 began to lift. The Soviet sickle and hammer descended over the Kremlin for the last time, quietly announcing the end of what President Reagan had dubbed the “evil empire.”

But for millions of people the world over, this godless worldview remained and remains a political reality. China’s forced abortions, Cuba’s political repression, and North Korea’s persecution of Christians are just some of the atrocities that have continued in communist countries since the fall of the Soviet Union.

And here in the United States, communist ideology enjoys a kind of immortality in our universities, where many professors openly identify as Marxists, and students sport those ever-popular Che Guevara t-shirts.

One recent survey by the Victims of Communism Memorial Foundation found that half of millennials would rather live in a socialist or communist country than in a capitalist democracy. More than 20 percent have a favorable view of Marx, and thirteen percent think of Joseph Stalin as a “hero.”

The only good news is that 71 percent of those surveyed couldn’t identify the correct definition of communism. They don’t understand what they’re praising.

As we look back on the aftermath of that October revolution, we should commit ourselves to teaching our kids, our friends, and whoever else will listen where communism belongs: squarely in the dustbin of history.

Perhaps the best way to commemorate communism’s 100th birthday is to pray that we can fully and finally bury this evil worldview in our lifetimes.