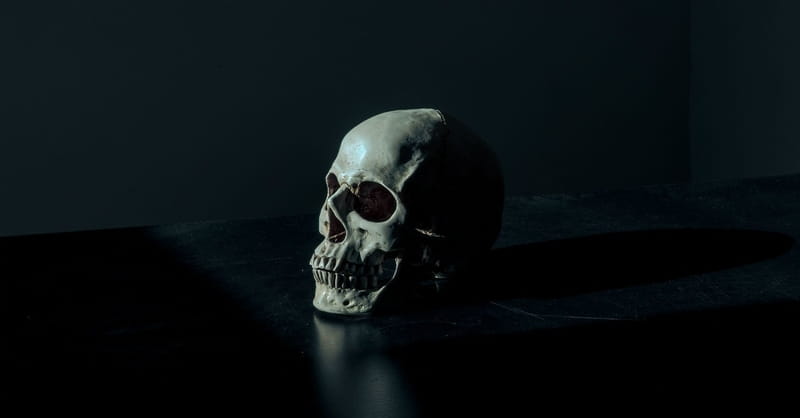 “Hey, don’t judge.” We hear those words a lot. But it takes real commitment to say them while staring at 130 thousand murder victims.

Imagine walking into the Aztec capital city of Tenochtitlan in the year 1519. Situated on an island in the middle of an ancient lake where Mexico City now stands, Tenochtitlan was spectacular, even in a region known for its pyramids and plazas.

But what really caught the attention of the Spanish conquistadors was the tower of human skulls that stood in front of the temple of the Aztec gods. Known as Tzompantli, this gruesome structure reportedly contained the skulls of some 130 thousand victims of human sacrifice, performed to ensure that the sun would continue to rise and rain would continue to fall.

For many years, historians considered Spanish tales of the Aztec tower of skulls exaggerations or fabrications, invented to justify the conquest of Tenochtitlan two years later. That is until 2015, when archaeologists began finding skull fragments under a Colonial-era house in Mexico City.

They have now uncovered hundreds of intact skulls of people who were neatly defleshed and decapitated. Archaeologists are piecing together a picture of a city built around ritual slaughter on an unimaginable scale. They estimate the Tzompantli was over a hundred feet long, forty feet wide, and fifteen feet tall. And as new victims were sacrificed regularly, it was always freshly-stocked. If anything, the old stories fell short of just how monstrous this monument to Aztec religion was.

Now, you’d think we could all agree that human sacrifice is a horrific evil. But the author of the Science Magazine article about this tower of skulls begs to differ. Lizzie Wade took to Twitter to chide her readers for not seeing things from the Aztecs’ perspective!

The people who built the Tzompantli, she writes, saw the skulls of their victims as “seeds they planted to insure the existence of future generations of people.” She continues, writing that human sacrifice may seem “weird and violent and gruesome to our Western colonial gaze. But don’t for a second think that’s the only way to see it, or the ‘right’ way to see it.” What’s so fun about archaeology, she concludes, is “trying to understand a worldview that is fundamentally, deeply different than the one we have been trained to think is natural and right. Try it sometime.”

Wade’s tweet storm should help us understand a worldview that is fundamentally, deeply different, but it’s not the worldview of the Aztecs. It’s the worldview of cultural relativism, which rejects ultimate claims about right and wrong, good and evil, and insists that everything—even the immorality of human sacrifice—is culturally relative. Those from one culture shouldn’t condemn those from another culture where right and wrong are different. Or that’s the idea.

The problem is Wade doesn’t seem to believe it herself. Her tweets are peppered with remarks about “colonial oppression and destruction,” giving the impression that she won’t judge Mesoamerican human sacrifice, but she’s perfectly willing to judge the Europeans who put an end to it.

Now obviously, the behavior of Spanish conquistadors was indefensible. That’s not the point. The point is it’s impossible to live as a consistent cultural or moral relativist.

We know there’s absolute and universal right and wrong. The Bible says it’s written on our hearts. It is the basis of all just laws, and the reason why we rightly condemn everything from the ritual burning of Indian widows on their husband’s funeral pyres, to the Holocaust. Evil is evil, no matter which culture it comes from.

More than this, when Christians look at a tower of skulls, we don’t have to pretend to see the “seeds life.” We know the One behind universal right and wrong, who chose to become a victim and sacrificed His ownlife, once for all, in answer to the towering and universal problem of human evil.