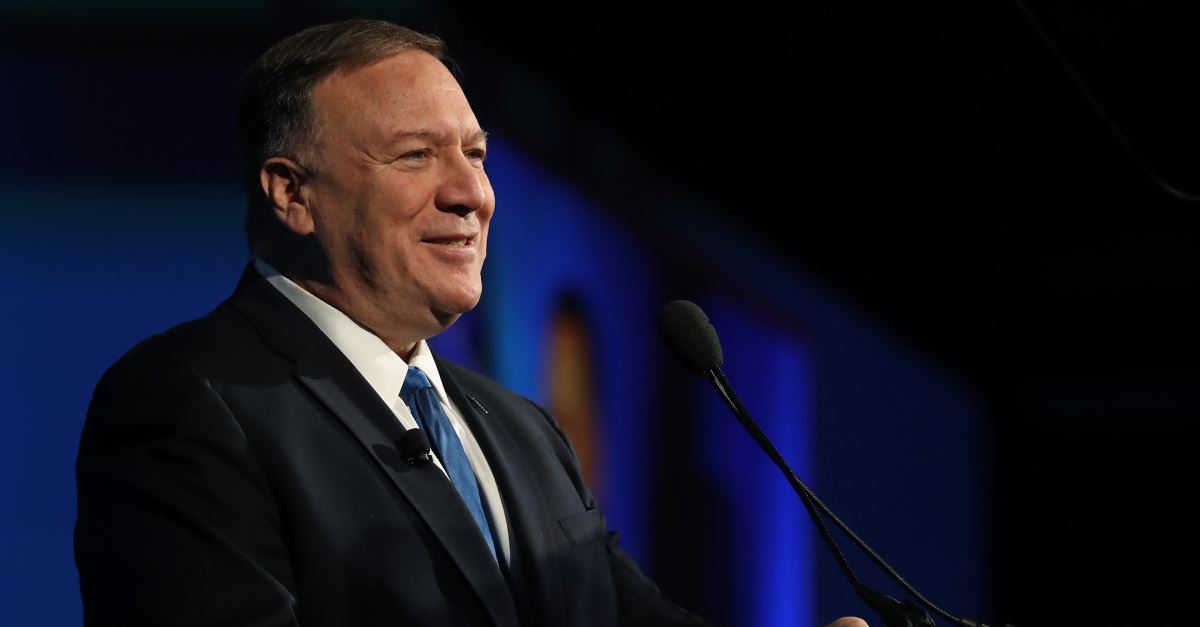 A secular group is asking the U.S. Inspector General to investigate Secretary of State Mike Pompeo.

Americans United for Separation of Church and State – a separation of church and state watchdog – is asking the inspector general to look into Pompeo’s speech he gave at a Christian conference. The group says the speech was an “unconstitutional endorsement of religion,” the Christian Post reports.

Pompeo spoke earlier this month at an American Association of Christian Counselors’ World Conference in Tennessee. During his speech, called “Being a Christian Leader,” Pompeo told attendees that he uses the “wisdom of God” in his work to “be a force for good in the life of human beings.”

“Now, I know that even having just said that, I know some people in the media will break out the pitchforks when they hear that I ask God for direction in my work,” he said. “But you should know, as much as I’d like to claim originality, it is not a new idea. I love this quote from President Lincoln. He said, quote: ‘I have been driven many times upon my knees by the overwhelming conviction that I had nowhere else to go.’”

In a letter to the inspector general, Americans United said Pompeo’s speech was “proselytizing” that “endorsed Christianity in his official government capacity, as well as the department’s use of its resources to promote the speech.”

“While Mr. Pompeo is entirely free to engage in religious activities in his personal capacity, he must not use his official role as Secretary of State to promote his religion,” the letter argues. “In his role as secretary, delivering a speech that enthusiastically endorses Christianity is a violation of the Establishment Clause.”

“This religious favoritism is the kind of abuse of their duty to represent all Americans equally that demonstrates how fundamentalism is the driving force of this administration’s agenda,” said AHA President Roy Speckhardt.