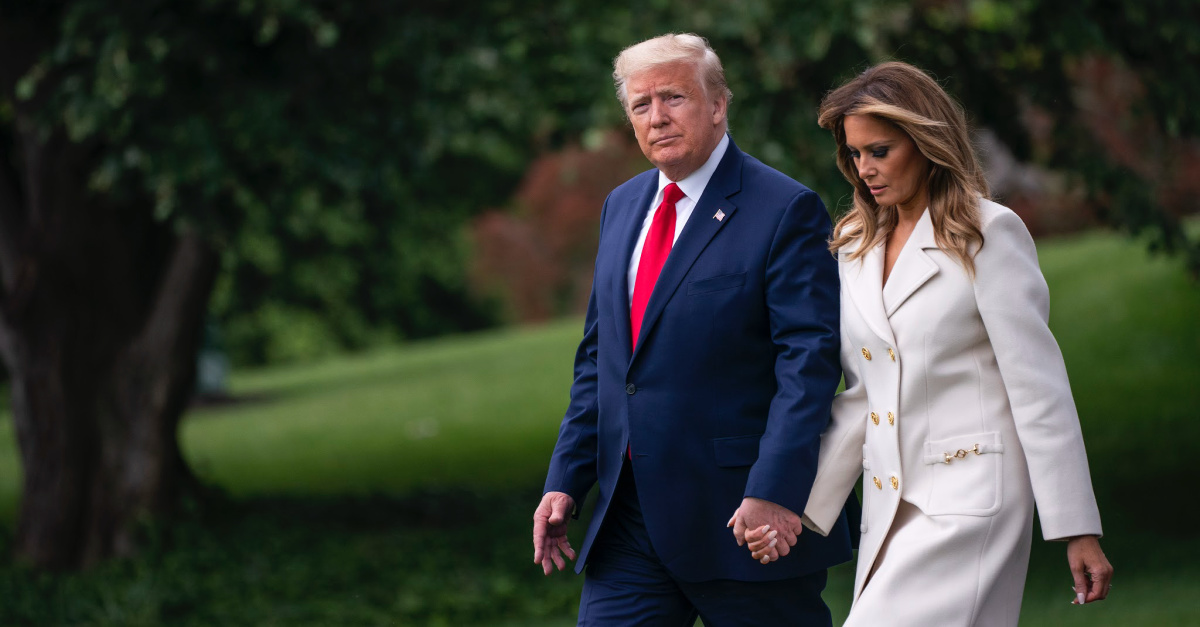 Trump first attended a ceremony at the Arlington National Cemetery. Unlike in previous years, where presidents have spoken at the site, Trump gave no remarks to attendees, most of who were in masks. Trump, himself, did not wear a mask.

Trump then attended an event at Baltimore’s Fort McHenry. There he spoke, talking about the coronavirus pandemic. He also thanked those on “the front lines of our war against this terrible virus.”

“Together we will vanquish the virus and America will rise from this crisis to new and even greater heights. No obstacle, no challenge and no threat is a match for the sheer determination of the American people.”

“The brave men and women who have preserved our freedoms for generations did not stay home and the president will not either as he honors their sacrifice by visiting such a historic landmark in our nation’s history,” he said.

On Monday, Trump also tweeted to North Carolina’s governor, saying he would pull the Republican National Convention out of Charlotte in August unless the governor OKs the meeting for all to attend.

Trump said Republicans would be “reluctantly forced” to find a convention site in another state if Gov. Roy Cooper does not approve of using a large venue in the state.

Cooper is slowly reopening the state but has kept indoor entertainment venues closed.

Cooper’s office told the AP they are working with the GOP on convention details.