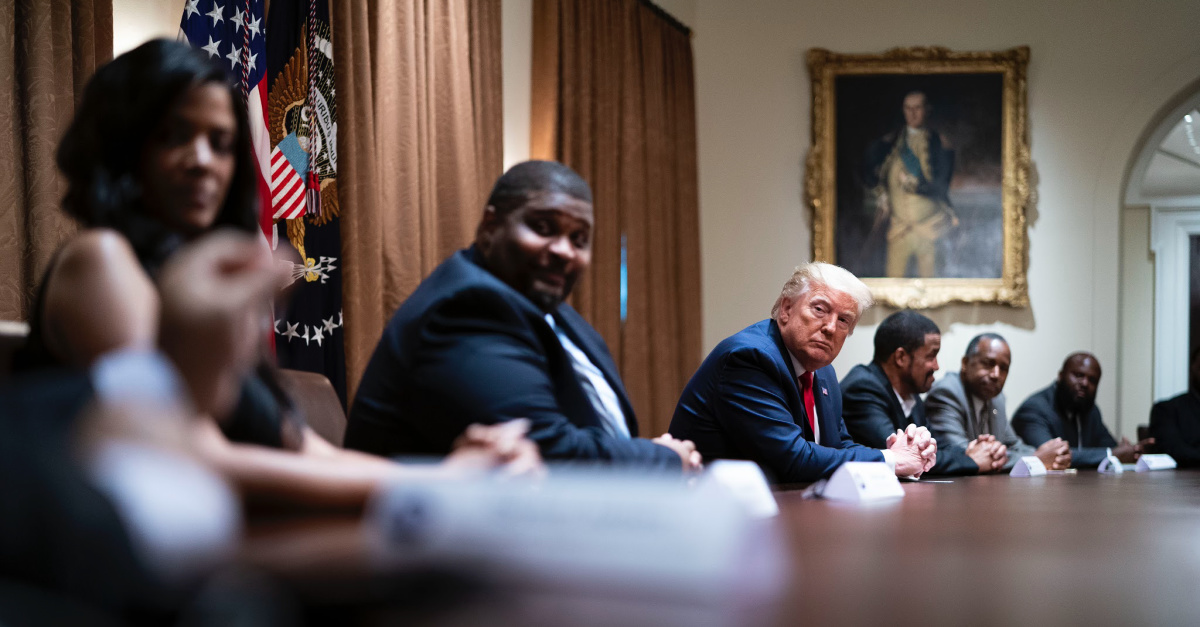 According to the Christian Post, the meeting was the first of two. In Dallas later in the week, Trump also met with black leaders to talk about anti-racism initiatives.

“A lot of these things are systemic," said Ja'Ron Smith, assistant to the president on domestic policy. "We need to break down that system and fight back.

The meetings come as protests and demonstrations continue across the nation following the death of George Floyd. Floyd, a black man, died after a white police officer in Minneapolis detained Floyd by pressing his knee into Floyd’s neck.

“Recently, with the protests, how can we create better policing and community relations?" Smith said.

"One thing we have done over the last couple of weeks is listening to individuals, and now we have some solutions, and those are things we are going to continue to work through as an administration."

Kareem Lanier, of the Urban Revitalization Coalition, said Trump’s work has already been “nothing short of historic for black America.” He said, however, it’s time for police reform.

"We did criminal justice reform, but police reform is the gateway to what we see as an unjust criminal justice system sometimes," Lanier said. "Meaning, if a crooked cop doesn't do a terrible corrupt thing with an individual, we never get into that bad system."

White House Press Secretary Kayleigh McEnany said the White House is expected to release a legislative proposal on policing reform soon. She said, however, reforms would not include reducing legal immunity for officers.

This week, Democrats introduced a police reform bill that would ban chokeholds and create a National Police Misconduct Registry.

"This is a powerful movement and it has made legislation like this, that was probably impossible to do a month ago, possible," Cory Booker told CNN in an interview Sunday.