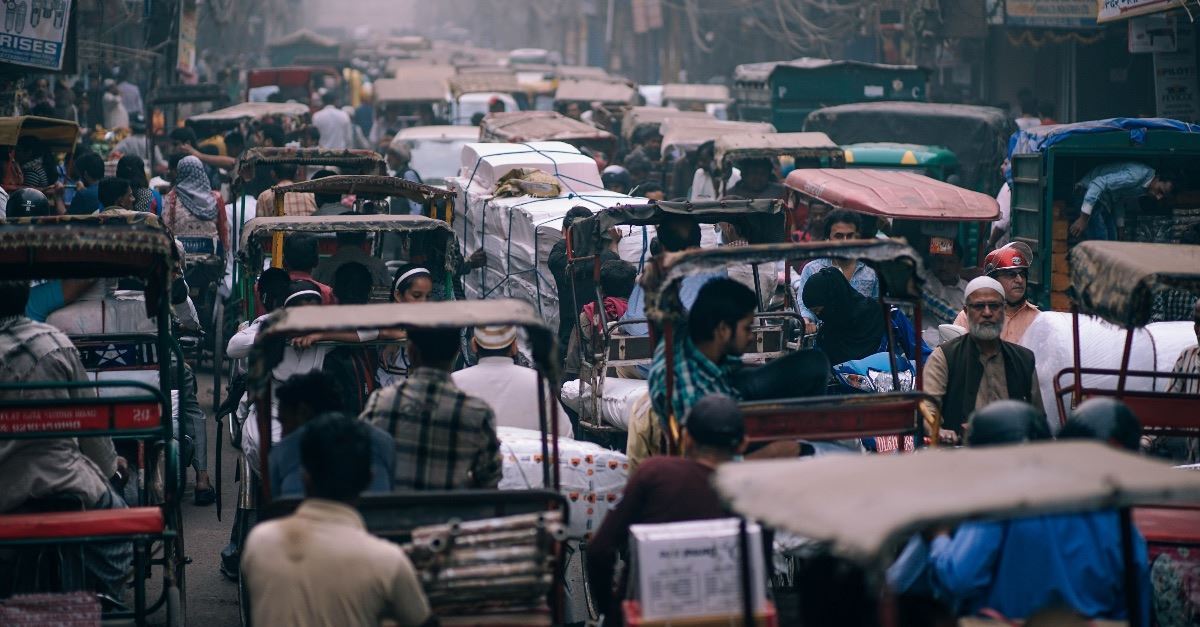 NEW DELHI, November 7, 2018 (Morning Star News) – Attacks on Christians that began in one area of Uttar Pradesh in July have spiked and spread, instilling fear in congregations throughout the state, sources said.

After several attacks in Jaunpur District in July, by the end of October persecution of Christians had spread to 32 of Uttar Pradesh’s 75 districts, rights activist Dinanath Jaiswar told Morning Star News, with some of those districts seeing assaults earlier in the year.

“Jaunpur District has emerged as the epicenter of violence against the Christian community,” Jaiswar said. “The frequency and intensity of the incidents took us by surprise. There were days when at least two or three incidents would be reported from different parts of Uttar Pradesh, and we would struggle on how to provide help to hapless Christians.”

Many pastors went into hiding since July, though in many cases their congregations were able to keep meeting, and all of the church leaders have since returned home, sources said.

“Many a time we have had to divide our team or call more people, just so we could stand with the people who were being targeted and arbitrate with the authorities for their release,” Jaiswar said.

“There is a sense of fear in the atmosphere,” a Christian leader said. “Which church would be attacked, and when, is a constant threat in the hearts of the pastors of Uttar Pradesh.”

Persecution of Christians in Jaunpur District spread like wildfire to nearby districts, making Uttar Pradesh the state with the most violence against Christians since January, rights activists said.

“Incidents of violence and hate targeting Christians have risen to a never-before level in Uttar Pradesh,” said the Rev. Vijayesh Lal, general secretary of the Evangelical Fellowship of India (EFI) and national director of EFI’s Religious Liberty Commission. “Whereas there were 50 incidents that were documented in the state of Uttar Pradesh last year as a whole, this year till [the end of] October we have already documented 64 incidents.”

September and October were among the worst months for aggression against Christians in the state, he said. EFI-RLC recorded 28 cases in September and 16 in October in Uttar Pradesh.

“It is a fact that the Christians living in the most populous state of India, Uttar Pradesh, are facing heightened fear of threat to their lives for practicing their faith,” said A.C. Michael, national coordinator of minority affairs for the All India Catholic Union (AICU).

Pastors were routinely taken into police custody based on false allegations of forceful religious conversion, he said.

“In one such case, on Sept. 13, a Christian who was leading a prayer meeting was beaten up and warned of severe consequences if he continued to pray,” Michael said. “Christians in Jaunpur are in great fear of being attacked and are not even conducting prayers in their own homes.”

Police deliberately approached pastors’ homes late at night to harass them and their families, said a source who requested anonymity.

“Picking up pastors and Christian leaders after midnight, keeping them in police custody for 24 hours, is a technique to mentally harass them and to instill fear in them,” the source told Morning Star News.

Attacks on Christians in India have risen from 150-plus in 2014 to more than 250 already in 2018, according to Alliance Defending Freedom (ADF), which undertakes legal advocacy for religious freedom.

“What should worry the Christian community, especially its leadership, is that out of three democratic pillars of India, both government and media are ignoring these seemingly systematic attacks on Christians,” an ADF press statement reads.

The third pillar, the judiciary, has more than 200 cases of false allegations of forcible conversion pending in various courts of India, including the Supreme Court, it adds.

Police also targeted Pastor Yadav, summoning and beating him in June. Between 7,000 to 8,000 people regularly attend his church services, according to reports.

On July 20, news portal jantakiawz.org reported in Hindi that 95 percent of households in a Jaunpur village had become Christian. A subtitle read, “Christian missionaries running their campaign quietly but effectively. Conversions happening in the name of prayer…”

The portal updated the content the next day, and national Hindi newspaper Dainik Jaagran and other portals carried the same news.

On Aug. 3, an Additional Civil Judge in Pancham ordered registration of a complaint against Pastor Yadav and 270 other Christians. For Sunday services on Aug. 5, police provided protection from Hindu threats on his church at the pastor’s request.

Police on Sept. 5 registered a First Information Report (FIR) against Pastor Yadav and the 270 others based on the complaint by attorney Brijesh Singh. Christian leaders said that the police started to visit many area churches, questioning pastors, other Christians and whoever they could find on church premises.

Sources indicated that police began the harassment only after state officials became involved. Superiors at the Chandwak police station even removed a police officer, Shashi Chandra Chaudhry, from the Bhulandih village case for failing to act against Pastor Yadav and other Christians, according to local news outlets.

Meantime, news channels led by Zee TV created a furor with nearly 24-hour reporting on alleged forcible conversions in the Jaunpur area on Sept. 10-11. Christian leaders have slammed the coverage by Zee TV as inflammatory.

Between Sept. 11 and the end of the month, police arrested and detained many pastors, disrupted worship services and told people to go home and not attend anymore.

At the same time, Hindu extremists were targeting churches throughout the region, disrupting services and attacking Christians not only in Jaunpur but also other districts in Uttar Pradesh. Many pastors began to go into hiding.

There are at least 10 megachurches in Jaunpur District alone, with about 25,000 people attending worship services, sources said.

“About six megachurches that were targeted by the police in Jaunpur are permanently closed since the initial attack,” rights activist Jaiswar said. “They have been asked to obtain permission from the district magistrate or High Court to resume church services.”

Pastors who had been in hiding since the attacks in September have all returned home, he said.

The largest megachurch, with 7,000 members, is that of Pastor Durga Prasad Yadav in Bhulandih village, Jaunpur, which has been shut down.

“I have not conducted church for two months now,” Pastor Yadav said. “Police are guarding our worship places morning and evening to stop any believer from coming to church. The situation here is very tense.”

Police issued an arrest warrant against Pastor Yadav, but he secured a stay order against it from the High Court on Oct. 10. He said he is desperately waiting for justice and permission for his church to resume services.

Hindu extremists on Sept. 23 attacked pastor Ashok Rajbhar, who leads a church of about 2,000 members in Nevadiya village, Jaunpur District. Though police have not registered a case against him, officers stopped worshippers from reaching church services on four consecutive Sundays, sources said.

For the next two Sundays, police arrested and locked up Pastor Rajbhar and his father to keep them from leading services, they said. His church is completely shut down.

Police on Sept. 24 arrested pastor Nanhe Lal of Jaunpur. Though they did not register a case against him, officers obtained a pledge in writing from him that he would not lead services until he obtains permission from the district magistrate or High Court.

Police secured the same pledge in writing from Pastor Ram Asre of Badlapur, Jaunpur District, threatening to arrest him if he led worship for his 1,000-member church. Pastor Ram Bachan received several threats before police booked him under various charges alleging forceful conversion. He obtained bail on Oct. 30, but his 500-member church has shut down.

Police also have registered a case against pastor Ram Kumar of Pratapgarh District on various charges. He has filed for a stay against the FIR in the Lucknow High Court, but his church has closed.

After these churches were forced to shut down, the members began meeting in small groups in their homes. Sources said police patrolled outside their homes and stopped them from meeting.

Christian leaders said that all churches in Uttar Pradesh are stricken with fear from reports every day of attacks on churches.

“The Christian community in Uttar Pradesh is under duress, and there is a sense of fear in the atmosphere,” a Christian leader from Uttar Pradesh told Morning Star News. “Which church would be attacked, and when, is a constant threat in the hearts of the pastors of Uttar Pradesh.”

ADF notes in its campaign celebrating the 70th anniversary of the U.N. Universal Declaration of Human Rights that it is sadly ironic that Christians are persecuted in India, a country with a long tradition and legal framework of freedom of religion.