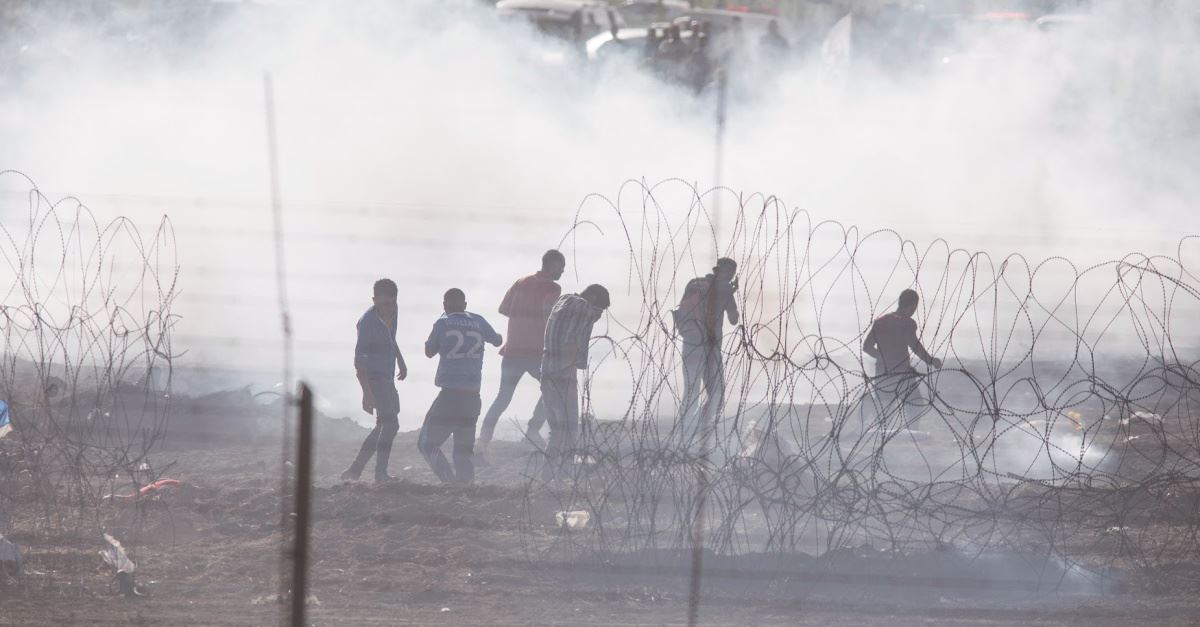 According to the Times of Israel, the journalists were arrested for reporting on the incident, but they are expected to be released soon.

Hamas militants also arrested hundreds of civilians who were participating in the protests, according to Wafa, the Palestinian Authority’s news agency.

“I condemn the Hamas violence in #Gaza against protesters, women, #children; journalists & human rights activists,” he wrote on his Twitter page. “#Palestinian factions must engage with Egypt on the basis of the Cairo Agreement. #UN is working to avoid escalation, lift the closures, & support reconciliation.”

I condemn the Hamas violence in #Gaza against protesters, women, #children; journalists & human rights activists. #Palestinian factions must engage with Egypt on the basis of the the Cairo Agreement. #UN is working to avoid escalation, lift the closures, & support reconciliation

He said that the people had a right to protest.

"The long-suffering people of Gaza were protesting the dire economic situation and demanded an improvement in the quality of life in the Gaza Strip,” he said

Samir Zaqout, deputy director of the Gaza-based Al Mezan Center for Human Rights said that the country has been dealing with poverty and hunger issues.

“The demonstrations are part of the response to this difficult situation, especially among young people,” he said. “There is massive emigration, mainly to Turkey, and some are walking up to the border fence. Young people look for death there, saying they have nothing to live for."

In a video from a Palestinian woman, the woman says that government officials “do not care” for the poor.

"Hamas officials' children drive in luxurious cars, but I have 4 unemployed sons,” she said. “All of Gaza are unemployed because of Ismail Haniyeh & Yahya Sinwar. These officials care nothing about the poor people's necessities. We have the right to live."