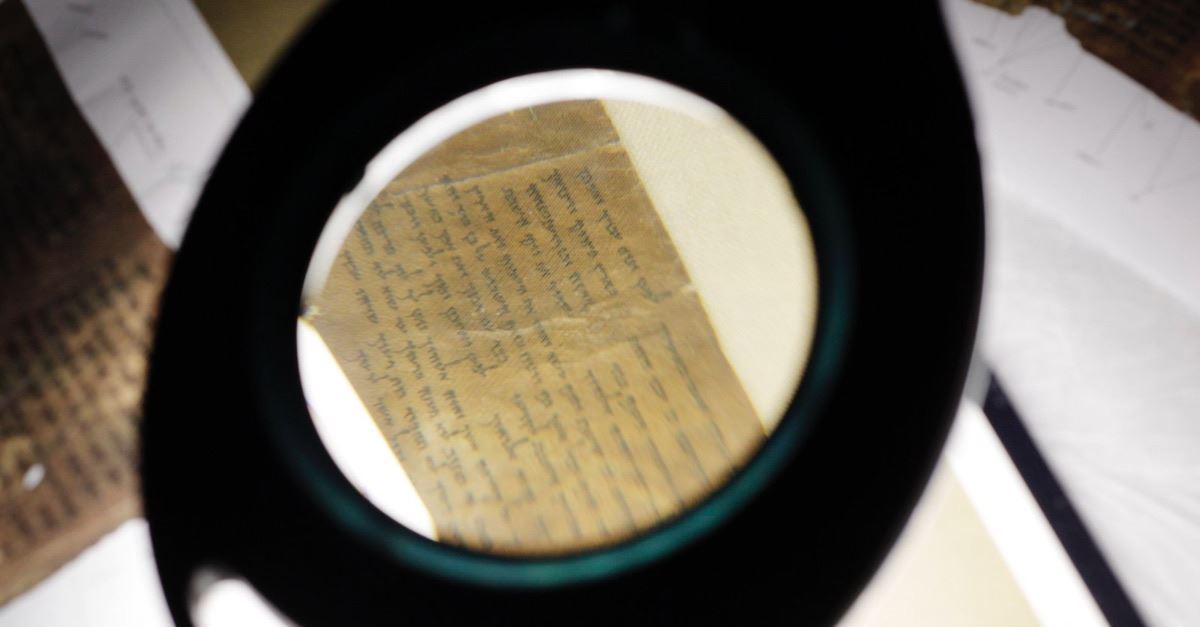 (RNS) — Since its grand opening nearly a year ago, the Museum of the Bible has exhibited five fragments from the storied Dead Sea Scrolls, the ancient parchment fragments discovered 70 years ago in a desert cave.

On Monday (Oct. 22) the museum acknowledged that the five fragments it had on display were forgeries. They were taken down several weeks ago and replaced with three other fragments that do not have the same anomalies.

The museum had long suspected the fragments may be forged and a sign accompanying the exhibit says scholars had raised questions about their authenticity. But last week the museum received scientific verification via digital and X-ray testing of the ink, sediment layers and chemical composition, which proved conclusively that the fragments were forged.

“This is part of our ongoing commitment to making sure we’re adhering to all legal and museum standards, that our displays are accurate, that when we have information, we make it available,” said Jeff Kloha, chief curatorial officer. “Where we had uncertainty about the documentation, we put that up on the museum website and updated labels on the displays.”

This is not the first time the museum has faced questions about the problematic origins of some of its antiquities. Many of the items in the Washington, D.C., museum were purchased beginning in 2009 by the billionaire Oklahoma-based Green family, owners of the Hobby Lobby craft store chain.

The museum has benefited from the Greens’ buying spree. The family amassed about 40,000 items, some of which were donated to the museum, including the purported Dead Sea Scroll fragments.

But last year, Hobby Lobby agreed to return nearly 4,000 artifacts to Iraq after they were found to have been looted from Iraqi archaeological sites. As part of the settlement with the Justice Department, the company was also required to pay $3 million to the U.S. government.

The Dead Sea Scrolls are considered among the 20th century’s greatest archaeological finds. They were discovered by Bedouin shepherds in 1947 in caves near the Dead Sea and are about 1,100 years older than any other existing texts of the Hebrew Bible. Among the fragments are portions of the Ten Commandments and the Book of Genesis.

They would be a prized item for any serious collector, and especially the evangelical Green family. But the Israel Antiquities Authority owns most of them and displays them in Jerusalem’s Shrine of the Book. Many can now be viewed online, too.

“For the Greens and many collectors like them from the evangelical community, there’s something about the tangibility of the text, something about being able to touch a part of the Bible that predates Jesus,” said Joel Baden, a professor of Hebrew Bible at Yale Divinity School. “There’s some deeply seated appeal in ‘the oldest’ and these are absolutely the oldest texts we have.”

The Green family bought 16 scroll fragments between 2009 and 2014, Kloha said. Twelve of the 16 were purchased in 2009 and 2010. He did not say how much Hobby Lobby paid for the items before they were donated to the museum.

Lawrence Schiffman, an adviser to the Museum of the Bible, disputed a commonly held narrative that the Greens erred by buying too many artifacts too quickly, without guidance from professionals who could properly vet their origin and authenticity.

He noted that since 2002, close to 70 items that have come on the market as Dead Sea Scroll fragments appear to be suspect. Some fragments were sold to Southwestern Baptist Theological Seminary in Fort Worth, Texas, others to Azusa Pacific University in Azusa, Calif.

“This is not the only institution with post-2002 fragments,” said Schiffman, professor of Hebrew and Judaic studies at New York University. “They were purchased by a whole bunch of people and they were purchased with very good pedigree. These buyers were all filched by sophisticated people.”

Kloha said the scroll fragments underwent three rounds of investigation to verify their provenance, handwriting style and the chemical relationship between the parchment and ink. The results of the third round, considered the best determinant of authenticity, came in last week.