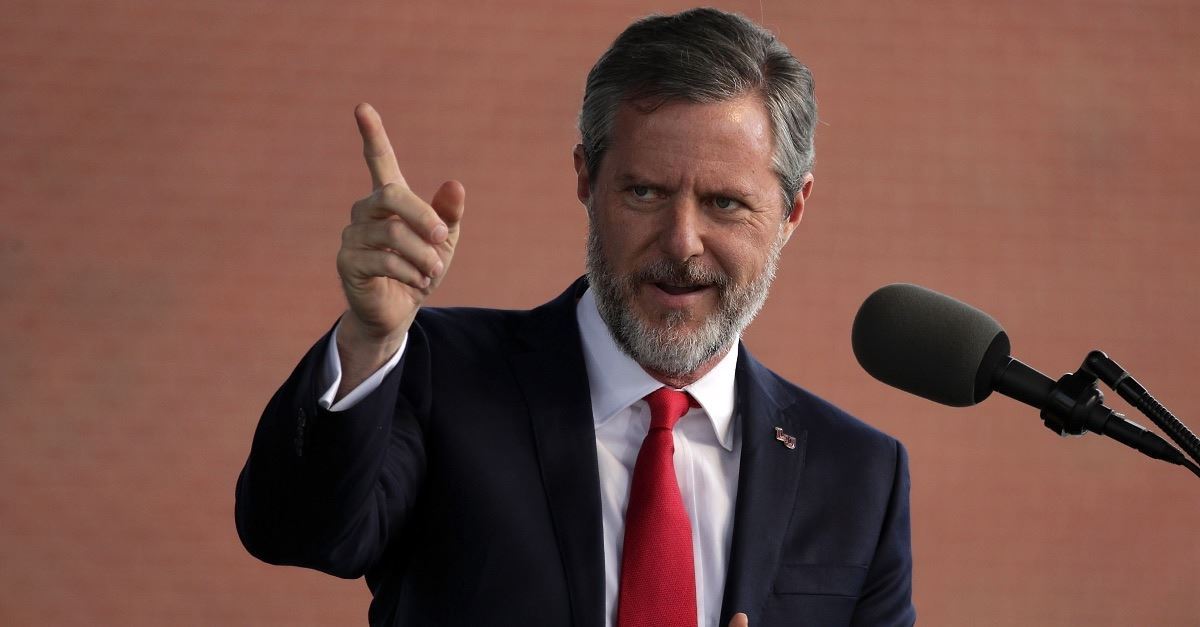 According to The Christian Post, Falwell and his doctors told Liberty medical school students  on Wednesday that he had undergone a new and innovative procedure called the NobleStitch last month in Fairfax, Virginia.

Falwell explained that he was only connected with the procedure’s inventor Dr. Anthony Nobles after confiding in neurosurgeon and White House Secretary of Housing and Urban Development, Ben Carson, in May.

In 2016, Falwell, 56, had two small strokes and often complained of migraines. According to CBN News, the Virginia-based Christian university president confided in Carson with these health concerns. After hearing his symptoms, Carson was able to connect Falwell with Dr. Nobles.

Dr. Nobles met with Falwell and discovered that the university president had a birth defect called Patent Foramen Ovale causing him to have a small hole in his heart.

"This is so incredible. If we had not started a medical school and had Ben Carson as our graduation speaker, I wouldn't have known I had a PFO and I never would have gotten it fixed," Falwell told the students during a medical school event. "I told him about the two little strokes I had in 2016 and I was tingling on my right side for a couple of days and it went away. We took it seriously."

Falwell said the way everything shook down was a "miracle."

"Ben Carson said I was very fortunate that I hadn't had a major stroke," Falwell added.

He recalled that the procedure only lasted less than an hour, saying he was in and out of the facility within an hour. He also suggests that the recovery time is not long and he told students that he was back in the gym lifting weights within a week of having the procedure done.

"I have noticed in the gym that I don't get winded when I do cardio," he said. "I figured out now that part of that blood was going over without going through my lungs."

Falwell also recalled that he got a phone call from friend and president Donald Trump after the surgery. Reportedly, the president asked Falwell how the surgery went and urged him to take care of himself, saying “Jerry, I need you. You’ve got to take care of yourself. How did it go?”