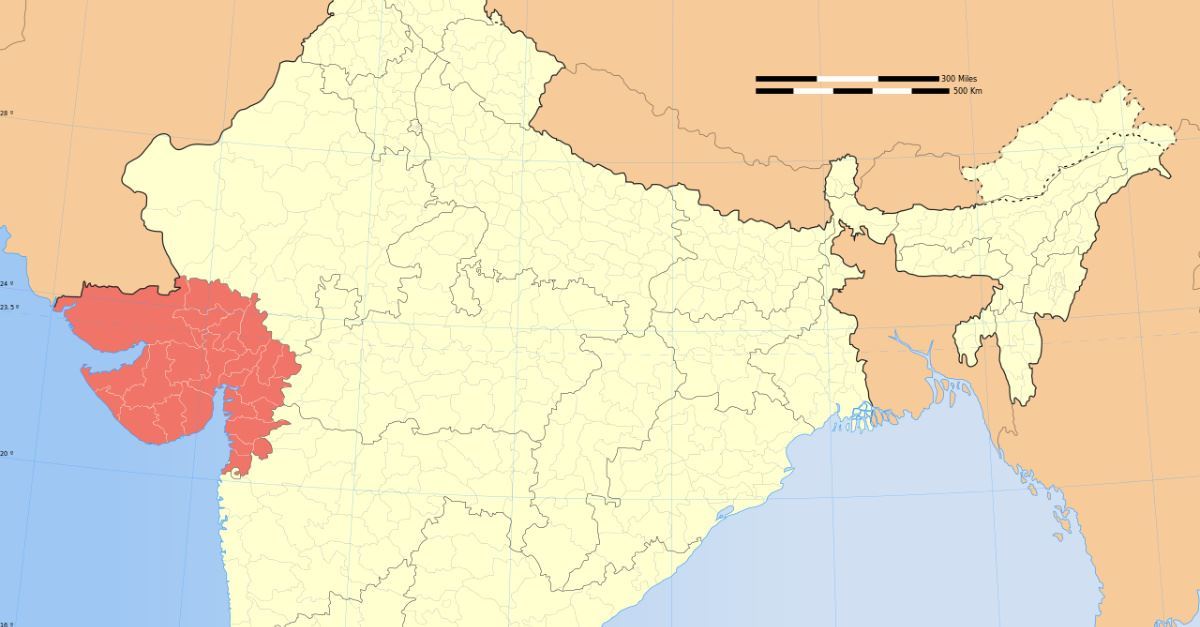 NEW DELHI, October 24, 2019 (Morning Star News) – A pastor in western India suffered severe injuries to his head and back on Tuesday (Oct. 22) after Hindu extremists beat him unconscious for visiting a Christian in a neighboring village, sources said.

The eight assailants left pastor Ramesh Pargi in a pool of blood after surrounding and assaulting him, pastor Shantilal Virabhai Kalaswa and his wife Malika Kalaswa as they made their way out of Jamboti village, Dahod District, in Gujarat state on their way home to Dhadhela village four miles away.

“They broke my body completely,” Pastor Pargi told Morning Star News via video conference, visibly in pain as he spoke from his bed at Dhun Orthopedic Hospital in Jhalod, Dahod District. “As they beat me, they were repeating, ‘Do not come to our village either to visit or to preach – we do not want Christians to enter our village.’”

“He lost about 1,500 milliliters [1.5 liters] of blood from his head on the spot where he lay unconscious,” said pastor Surmal Damor, displaying Pastor Pargi’s blood-stained shirt as he visited him at the hospital. “His shirt, trouser and undershirt are soaked in blood. It was so scary.”

Pastor Pargi said he had no idea who took him to Sukhsar city government hospital. One of the assailants used political connections to persuade hospital staff to refuse to treat the pastor, and he was referred to Dhun Orthopedic Hospital, said Pastor Damor.

“The last thing I remember was that Pastor Shantilal’s wife was beaten by wooden sticks on her back, and I was being beaten from all sides by wooden sticks,” Pastor Pargi said.

The three Christians were visiting a church member in Jamboti who had requested Pastor Pargi come to pray for him. Pastor Pargi leads Sharon Fellowship Church in Dhadhela, along with Pastor Shantilal Kalaswa.

The three Christians had visited Dula Bhai, who is also Pastor Pargi’s uncle, on two motorbikes on Tuesday evening (Oct. 22) and had gone about 500 meters outside the village on their return at around 8 p.m. when a group of Hindu extremists assaulted them, he said.

“Shantilal somehow managed to escape from the place after being hit by a wooden stick,” Pastor Pargi told Morning Star News. “His wife Malika tried to escape but could not run faster and was caught and assaulted.”

The eight men beat Pastor Pargi on his head, back, chest, hands and legs, he said.

“There is a lot of swelling on his chest, back and head,” said Pastor Damor, “The doctor’s will only perform tests and X-ray’s after the swelling subsides.”

He added that Malika Kalaswa sustained injuries on her back.

Pastor Pargi told Morning Star News that the assailants had threatened the Christian they visited, his uncle, about 10 days prior, saying, “Do not worship this God.”

“Uncle has been attending my church for the past five years since he accepted Christ and left his Hindu faith but never faced such threats before,” he said.

Pastor Pargi’s wife, Somli Ben, told Morning Star News that the severity of the attack, in which the assailants left him for dead, was unprecedented in the area.

“I am completely shaken after what happened to my husband,” she said. “I have never seen or heard anybody beat someone to death for just visiting the sick and praying for them.”

“The names of four assaulters have been mentioned in the FIR, and the other four will be added to the FIR after their names are revealed during the investigation,” Asoda said. “No arrests have been made yet, as the four who have been named in the FIR were not available in their homes. We might check on them at night and nab them.”

He said police will undertake a fair investigation that will determine the motive. Pastor Damor, however, said today (Oct. 24) that police have bowed to political pressure from the assailants to make no arrests and have stopped investigating.

“The police are not responding to our calls,” he said.

Several pastors in Dahod District visiting Pastor Pargi in the hospital told Morning Star News that the area had never seen an assault of such severity.

“Small scale incidents have happened in Dahod and the nearby districts in the past, but they were not very severe, and we have never approached the police in the past,” said one pastor.

Hindu extremists disrupted a Christian meeting in Dabhada village about six months ago, surrounding 10 to 12 pastors and manhandling them, Pastor Damor said – slapping and pushing them and tearing their shirts.

“They were chased from the village by the attackers who told them, ‘We do not want Christians entering in our village,’” he said.

Dabhada is two miles from Dhadhela village, where Pastor Pargi lives. From a family that practices traditional tribal religion, Pastor Pargi put his faith in Christ 20 years ago. He and his wife have two sons, ages 17 and 19, and a married 21-year-old daughter.

“Christian persecution in India is increasing at alarming levels and is spreading like cancer across India, making every Christian’s life unpredictable,” Thomas said. “The miraculous healing power of Jesus is exercised when we lay our hands on the sick and pray, but these days it can earn you a beating and an admission into a hospital. Religious fanatics are not afraid to take the law into their own hands and go unpunished.”

Persecution Relief has recorded 302 incidents of persecution of Christians in India this year through August, he said.

If you or your organization would like to help enable Morning Star News to continue raising
awareness of persecuted Christians worldwide with original-content reporting, please consider collaborating at https://morningstarnews.org/donate/?