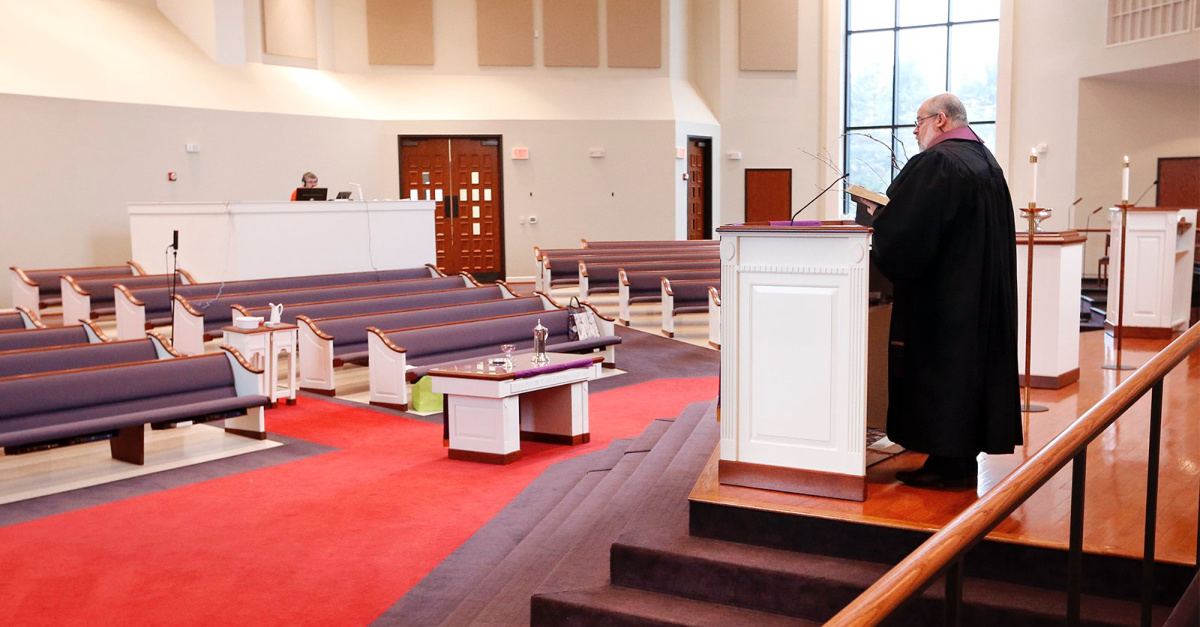 (RNS) — Giving is down, attendance is up and a good number of pastors still aren’t sure what they’re going to do about Easter.

Those are some of the big takeaways in a new Barna survey of Protestant pastors from across the United States about their churches’ responses to the coronavirus pandemic.

“The crisis is starting to take its toll” on church leaders as it becomes clear the measures needed to slow the spread of the virus will stretch on much longer than first thought, according to David Kinnaman, president of the California-based Christian research firm.

Barna surveyed 434 senior and executive pastors online using its Barna Church Pulse tool, starting one week after President Donald Trump declared a national emergency related to the pandemic; 222 pastors responded between March 20 and 23, and another 212 between March 27 and 30.

Over that week, pastors were less likely to say the pandemic had affected the overall well-being of the people in their churches only “a little” (dropping from 28% to 18%) or “not at all” (dropping from 7% to 3%) and more likely to say it had “some” effect (jumping from 46% to 60%) on them, according to Barna data.

Churches are following guidance from the Centers for Disease Control and Prevention to cancel large gatherings like Sunday services, with most pastors (63%) saying the buildings were open only to staff in the second week, according to the survey. None said their churches were open for normal use with no precautions.

Most have moved those services online. Even churches that hadn’t been online previously are trying it out to reach their congregants at home: While 32% of churches were not offering any digital options in the first week, that number had shrunk to 7% by the second week, Kinnaman pointed out.

Just over half of pastors (54%) said their online attendance was higher than their usual in-person attendance this past Sunday (March 29), with fully 1 in 4 reporting it was “much higher,” according to Barna data.

Still, almost all of the pastors surveyed (95%) felt confident their churches would survive and said they haven’t made any changes to their staffing (71%).

“The church is adapting to the new normal, and they’re starting to use the language about the indefinite future, about working remotely,” Kinnaman said.

“They’re much more realistic about shifting to May or later in terms of worshipping in person again, where last week most people thought they’d be back in their buildings in April. In fact, some were still holding out hope for Easter.”

Four in 10 pastors (40%) now report their church staff is working from home indefinitely, according to Barna data. Small groups and Bible studies either have stopped meeting (38%) or are connecting online via video and social media (53%).

Pastors primarily (64%) are focused on serving their communities by “communicating a message of faith and hope to people in the middle of the crisis.”

Meantime, 42% see their congregants’ faith growing through the pandemic, compared with 1% who reported seeing it diminish.

Most pastors (69%) believe disruptions related to the coronavirus will get worse over the next week, and about half (51%), that their churches won’t reopen until May, according to the survey.

But they’re still not sure what that will mean for the upcoming Easter holiday, when Christians celebrate Jesus’ resurrection from the dead and many people attend church services who do not regularly. Nearly half (45%) reported they plan to hold services online on Easter Sunday (April 12), but 1 in 5 (20%) said they have no plan in place yet.

Kinnaman said “the first digital Easter” raises a number of questions, including how people will invite their friends, family and others who don’t regularly attend church to a service that is only happening online.

“How do you invite a friend to Easter digitally?” he said.

The margin of error for the survey is plus or minus 5 percentage points, according to Barna.