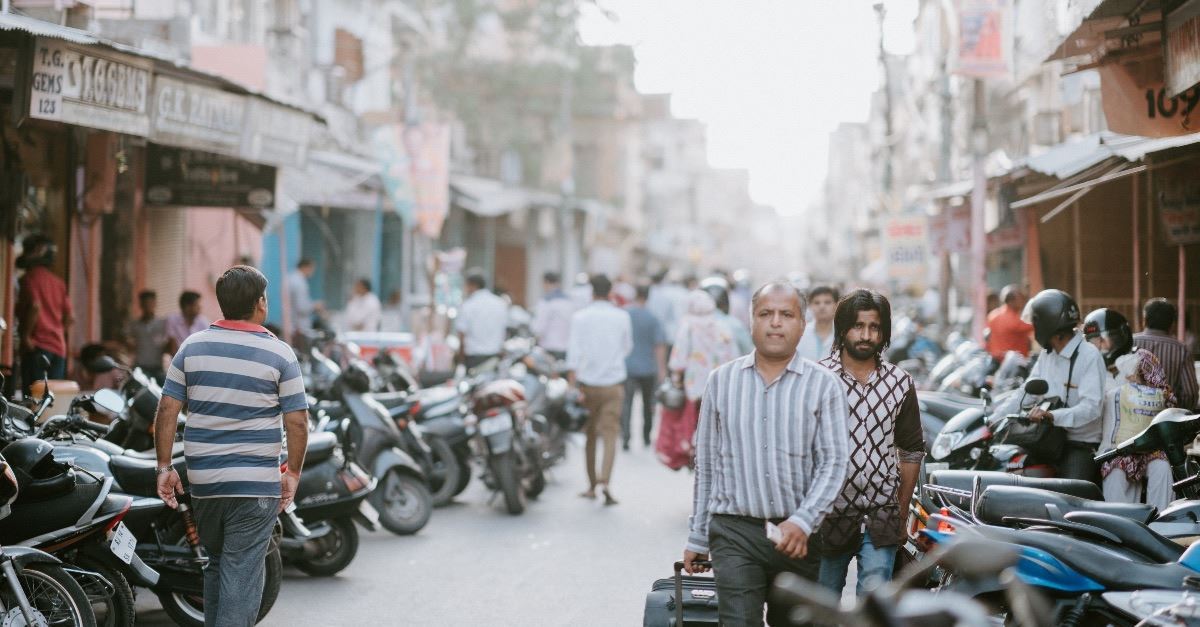 HYDERABAD, India, November 19, 2018 (Morning Star News) – Villagers hostile toward Christians in northern India falsely accused a pastor of an illicit relationship with a woman and, in another village, burned a church building, sources said.

As people throughout the country on Nov. 7 prepared to celebrate Diwali, the Hindu festival of lights, neighbors alerted pastor Satpal Masih that his Pentecostal church building in Giddi village, Gurdaspur District in Punjab state, was ablaze.

The pastor dismissed the notion that the church building caught fire from a festival accident, saying Diwali begins well after 8 p.m., and he rushed to the burning building at 6 p.m.

“Moreover, the church is built on a farm, and it is nearly impossible that anybody would go onto a farm to play with fireworks,” Pastor Masih told Morning Star News. “After looking into all possibilities, we understand that it is an act done by some elements who oppose the ministry in the area. Police came to the spot and filed a First Information Report [FIR] after conducting a preliminary investigation. They clearly said that it can’t be an accident.”

He said the fire seemed to have been set on Diwali to look like a fireworks accident, but that there was no evidence of any such explosives and no loud noises until plastic chairs and equipment inside caught fire.

“In fact, it was a massive fire, and the simple festive fireworks can’t cause that great damage,” he said.

Police requested 48 hours to examine the site before any church clean-up, he said, but the Christians have not heard back from officers. They cleaned up the charred remains so the damaged structure could be used for worship.

“We met the higher officials, and I informed them about the increasing opposition to Christian prayers in Gurdaspur District and urged them to conduct a fair investigation,” Pastor Masih said.

He knows of at least four cases of violence against Christians in Gurdaspur in the past few months, he said.

“Putting aside our concerns of what happened and who did it, it is vital [to understand] that such acts are done to hurt the emotions of Christians and hinder the spread of the gospel in Punjab,” he said.

Plastic chairs and mats turned to ashes, he said. The fire destroyed an estimated 52,000 rupees (US$725) in equipment and other items, but he and others were able to douse it before it reached a room where musical instruments and electronic equipment were stored, he said.

After obtaining land for the site in 2012, the congregation of 300 people including children had recently funded and built the worship hall, he said.

“They have all been excited about Christmas and festivities to begin next month in this new church building, and have felt a bit let down because of the incident,” he said. “During Sunday service, we told them that we do not know how it happened, why it happened and who had done it, but as the children of the Lord Jesus we must pray and forgive them, and that it is a great blessing to suffer for Christ’s name.”

The pastor and his wife, both converts from Sikhism, had decided to share the gospel among Sikhs in Gurdaspur District after graduating from a Bible college in Ludhiana District in 2007.

Sikhhism originated in the monistic teachings of Guru Nanak, of Punjab, at the end of the 15thcentury.

Also in Gurdasur District, hard-line Sikhs on Oct. 31 attacked a pastor in Chaksharif village and accused the married father of two of having an illicit relationship with a woman.

The pastor, also named Satpal Masih, was riding his motorbike to a nearby ATM to withdraw funds to pay workers hired to construct his church building when a gang of Sikhs attacked him, he said.

“Suddenly, a mob of at least 15 gheraoed [surrounded] me, and pushed me off the bike,” Pastor Masih told Morning Star News. “They started punching me and abused me in vulgar language. They said I had illicit affairs with women, and that I invite women to church and do sexual exploitation.”

He suffered a tear in his shoulder, injuries to his leg and back, and he was hospitalized for nine days.

The 42-year-old pastor has been in leadership for more than a decade, and the entire village knows him, his wife and their integrity, he said.

“My heart was deeply troubled; those allegations are totally false,” he said.

His brother, Yakub Masih, said the pastor’s wife constantly accompanies him in his pastoral work and meetings, such that an affair would be impossible.

“There is not an iota of doubt, their accusations are completely false,” Yakub Masih said. “As Christianity started growing in Punjab, Sikhs felt insecure that churches are sprouting and are always filled with hundreds. They came up with a new rule here that whoever goes to a church must not enter the gurdwaras [places of worship for Sikhs), and gradually the number of people going to gurdwaras in the area had drastically come down.”

Opposition increased when the church constructed its building, Tarsem Singh, a Christian from Chaksharif who now resides in France, told Morning Star News.

“The woman with whom the Sikhs accused the pastor of having illicit relation is a born-again Christian, and her husband and children are also the active members of the church,” Singh said. “My five sisters and I have come to know Christ because of Pastor Masih, and he treats every one of us [including the woman accused] as his own children. His sermons send warnings and alerts to lukewarm Christians, which is the reason why the new converts learn to fully adhere to the church. This doesn’t go well with the Sikhs in the area.”

The assailants took pastor Masih to the police station, where officers demanded 15,000 rupees (US$208) for his release. He did not have the money, and they released him at about 10 p.m.

After discussions with family members and other Christians, he decided to ask police to register a case and investigate, saying the allegations assassinate his character.

Yakub Masih said the village council investigated the accusation and found him blameless. Police informed the Sikhs that they could be charged based on the pastor’s complaint, and on Nov. 7 Sikhs from Chaksharif and four surrounding villages visited the pastor in the hospital and apologized, Yakub Masih said.

“The next morning was a working day, and police had no other option but to lodge cases, but as they had apologized, my brother said, ‘The Lord has taught us forgiveness’ and that he can’t pursue a case against them,” he said.

Since his discharge from the hospital in Gurdaspur on Nov. 9, Pastor Masih has been bed-ridden and under medication.

In neighboring Himachal Pradesh state, police on Nov. 3 summoned Pastor Rajinder Singh of Solan District after a former member of the church filed a complaint of forcible conversions.

At the police station in Baddi, the inspector told him that Vishwanath Singh had complained that the pastor had forcefully converted his wife, and that now she wanted to forcefully convert him, Pastor Singh told Morning Star News.

“It was a shock to me,” he said. “I have not met them in the last three months, as my wife was pregnant and gone into labor, and he accused my wife and a female believer also in his complaint.”

Vishwanath Singh, an immigrant from Nepal, first visited the church in Baddi with his wife and child in 2015, the pastor said.

“They came to the church and told us about their child’s illness. He suffered severe pains in his joints and had to be operated on every year, and they were spending thousands for his treatment,” Pastor Singh said. “My wife and I fasted and prayed for the child for weeks, and the Lord healed the child.”

The family then attended church services regularly, but later Vishwanath Singh stopped coming while his wife and child continued, he said.

“My wife and I had together counselled the couple,” the pastor said. “He always received us very well, but I heard that he has joined the [Hindu extremist group] anti-Christian forces.”

Baddi police booked Pastor Singh, his wife and the female church member on non-bailable charges of deliberate and malicious acts intended to outrage religious feelings (Section 295-A of the Indian Penal Code) and promoting enmity between different groups on grounds of religion (Section 153-A).

“I have no legal knowledge and have no idea what the cases are about, but with the help of a Christian attorney, we are seeking anticipatory bail from the court of law,” Pastor Singh said. “Since it is the first time we came cross a problem like this, and our baby is just three weeks old, we are praying for the Lord’s grace.”

He requested prayer for anticipatory bail.

Alliance Defending Freedom, which undertakes legal advocacy for religious freedom in several countries, notes in its campaign celebrating the 70th anniversary of the U.N. Universal Declaration of Human Rights that such abuses are taking place in a country that has a long tradition and legal framework of freedom of religion. Article 18 of the U.N. declaration asserts that believers have the freedom to practice their faith “in teaching, practice, worship and observance,” ADF notes in its campaign to obtain signatures supporting the Geneva Statement on Human Rights at www.ImHumanRight.org.