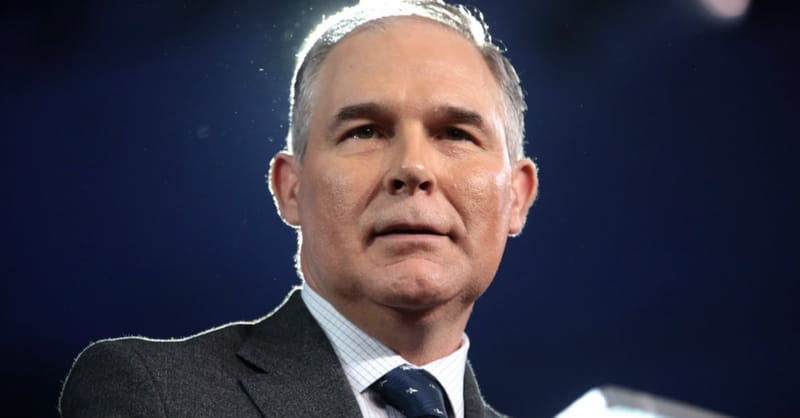 EPA Administrator Scott Pruitt is resigning from the post after what he called “unrelenting attacks” on him and his family.

Pruitt was criticized for some of his behavior and spending while working as the EPA administrator. Some of those expenses included: travel expenses, where he flew first class; and a $43,000 phone booth in his office.

He also rented an apartment below market value from the wife of an energy lobbyist and reportedly tried to use his influence to secure a Chick-fil-A franchise for his wife.

Pruitt said the complaints against him are “unprecedented and have taken a sizable toll on all of us,” referring to his family.

"Within the Agency, Scott has done an outstanding job, and I will always be thankful to him for this,” President Donald Trump tweeted following the announcement of Pruitt’s resignation.

"There was no final straw," Trump later told reporters. "Scott is a terrific guy. He came to me and he said, 'Look, I have such great confidence in the administration. I don't want to be a distraction.'”

During his time as EPA administrator, Pruitt helped the U.S. pull out of the Paris climate accord, ended President Barack Obama’s Clean Power Plan and cut out government red tape within his department.

However, he also faced more than a dozen reviews or inquiries into his practices as head of the agency. Those reviews will continue, according to CNN. A review on his travel should be completed by September.

Pruitt wrote in his resignation letter: "I believe you are serving as president today because of God's providence. I believe that same providence brought me into your service."