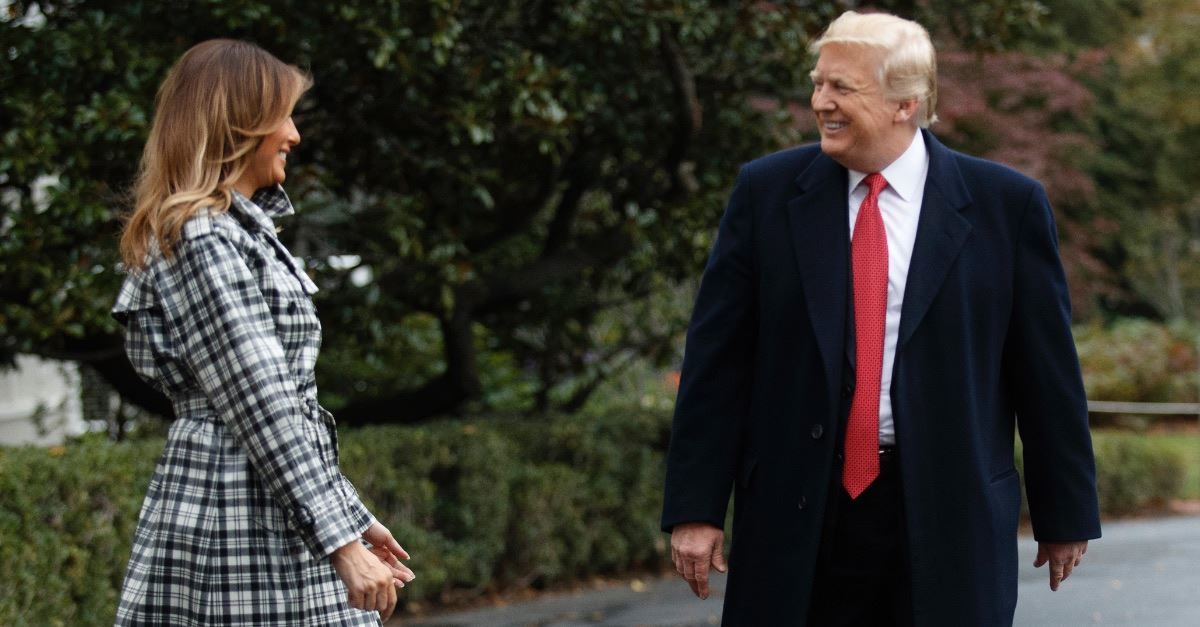 Christian End Times prepper Jim Bakker said that God told him He put Donald Trump on this earth to give the church time to prepare for the impending end.

On a television broadcast, the well-known End Time prepper asked the audience if they had ever seen so much hatred for a political leader. Bakker said, “Have you ever seen a time when we hate our president like the people do now?” He added, “Literally half the nation hates the president and would probably kill him if they got a chance.”

During the broadcast, Bakker noted that he prayed to God asking Him why the current climate is as hostile as it is.

Bakker said, “There is such a hatred for the gospel. This is the Antichrist spirit loose,” and for this reason, “God has given us a man who is not afraid to fight. We have a president people think is crazy. They call him crazy, but he’s making peace treaties, he’s doing all the things to try to solve the world’s problems and God has put him on earth—God spoke to me the other night, He said, ‘I put Donald Trump on earth to give you time, the church, to get ready.’”

“This is what He told me,” Bakker proclaimed. “He said, ‘Donald Trump is a respite in this troubled times and I sent him in grace to give you time to prepare for what’s coming on earth.’”

According to Belief Net, Bakker is not the first among his contemporaries to believe the rapture, that is broken down in the book of Revelation, is coming soon. Belief Net reports that many other prominent Christians are theorizing this too based on international conflicts and lack of faith among people, among other things.