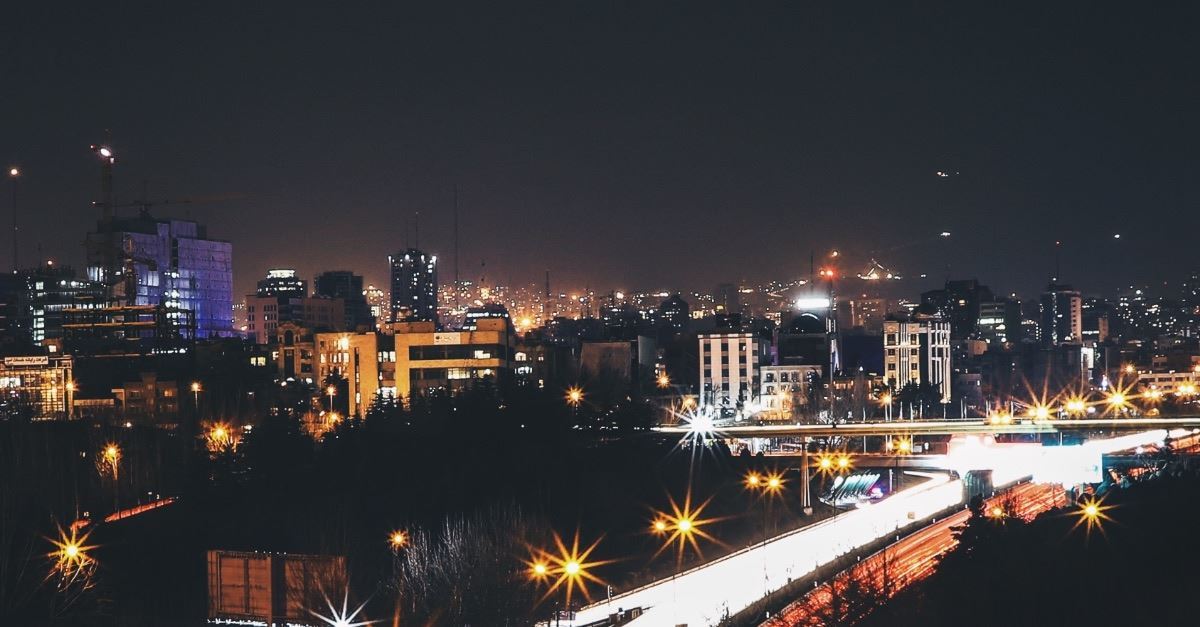 JERUSALEM, October 12, 2018 (Morning Star News) – Rights groups learned last week that two Christians in Iran have been sentenced to prison, the latest in a series of convictions on fabricated charges.

Saheb Fadaei, already serving a 10-year prison sentence in Tehran, and Fatimeh Bakherti, both converts from Islam, were sentenced on Sept. 22 to 18 months and 12 months respectively for “spreading propaganda against the regime,” a common charge, according to Miles Windsor, advocacy and development manager of Middle East Concern (MEC).

“It is essentially used along with charges such as ‘acting against national security’ as a broad charge against Christians,” Windsor said. “And it will relate to innocent activities as members of a house church.”

Bakherti, 37, had been harassed by security agents for more than a year and interrogated at least once before her sentencing, according to advocacy group Christian Solidarity Worldwide (CSW). She was arrested on May 25, 2017 along with several others during a police raid on her home.

The verdict, which is being appealed, stated that house church discussions of Christian doctrine regarding the ascendancy of Christ and the ultimate authority of the Bible were interpreted as attacks on Islam, local sources told CSW.

Such a statement reveals the true religious-based motives behind the arrests, Windsor said.

“I think in a lot of recent cases, the authorities have gone to great lengths to promote the idea that arrests and detentions are about security issues, rather than faith issues, so this reveals the real motivation there,” Windsor said.

Fadaei was also sentenced to two years of internal exile in Nehbandan County, close to the border with Afghanistan, according to MEC. He will not have to serve this latest prison sentence, however, as Fadaei is serving a different sentence in Evin Prison in Tehran.

“The fact that Mr. Fadaie and Ms. Bakhteri were convicted for asserting Christian doctrine is not only a grave violation of their right to espouse a religious belief of their choosing but also criminalizes the Christian faith, which the Iranian constitution purports to recognize,” CSW Chief Executive Mervyn Thomas said in a press statement last week.

Iran is a signatory to the International Covenant on Civil and Political Rights, which guarantees the right to change one’s religion. Additionally, Article 23 of the Iranian Constitution states that “the investigation of individuals’ beliefs is forbidden, and no one may be molested or taken to task simply for holding a certain belief.”

The reality for Christians is that Iran is one of the worst places to practice their faith in the region that MEC covers, Windsor said.

“We serve Christians in 24 countries in the Middle East and North Africa, and Iran is one of the worst places for persecution,” he said. “There is a determined effort and has been for many years to prevent and deter Christians and Christianity.”

At the same time, various aid and rights groups affirm that the underground church is growing in Iran in spite of the crack-down. As many as 800,000 Iranians are worshipping Christ within Iran’s borders, according to Open Doors, and other organizations believe the figure could be as high as 1 million in the country of 80.3 million.

The persecution comes largely from the government, however, while the people of Iran are more likely to be open and relaxed toward Christianity, Windsor said.

“Some people joke that the Ayatollahs are the greatest evangelists for Christianity because of the fact that Iranians look at the kind of Islam that the Iranian regime propagates and say, ‘If that is Islam, then I am not interested,’ and then start searching for something that is better, that is true,” Windsor said.

Also, he said, some suggest that Iranians don’t like to be told what books they can and can’t read.

“They have a long history which they are very conscious of that predates Islam in the country, and they’re proud of their rich heritage and culture and history of monarchy and poetry,” Windsor said. “So being told that they are not allowed to have Bibles or read Bibles or make decisions for themselves, it doesn’t go down well with Iranians.”

The U.S. State Department has designated Iran as a Country of Particular Concern for severe religious freedom violations, and the U.S. Commission on International Religious Freedom recently recommended it remain on the list.

In Christian support organization Open Doors’ list of countries where it is most difficult to be a Christian, Iran had a score of 85 out of 100 in the 2018 World Watch List, leaving it ranked 10thout of 50.

As in Psalm 2, Windsor said, God laughs at the nations that set themselves up against Him.

“It is a government set up to drive out, to prevent the growth and development of Christianity in that country, and God laughs at them and shows them that they have no power over the gospel. That is what we are seeing there, is extraordinary openness,” he said. “There is a real sense that Jesus will be proclaimed, and the kingdom of God will grow where He wills it, and that includes places where in our minds, or at least humanly speaking, it’s least likely to happen, like Iran.”

Fadaei was part of a group of four Christians handed 10-year prison sentences in June 2017 for “propagating house churches” and promoting “Zionist Christianity,” according to CSW.

After being arrested in one of a series of raids in the northern city of Rasht on May 13, 2016, he was sentenced along with pastor Yousef Nadarkhani and deacons Mohammadreza Omidi and Yasser Mossayebzadeh.

The court deemed their religious activity as “acting against national security” according to the verdict issued on June 24, 2017 at the 26th Branch of the Revolutionary Court in Tehran under Judge Ahmedzadeh.

Judge Ahmedzadeh has handed out 5-to-10-year sentences to at least 16 other Christians, according to Article 18, an organization that advocates for Christians in Iran. Their appeals were upheld in May.

Whereas sentences before would have been only up to five years, Windsor said, sentences by Judge Amadzadeh have been much harsher, often 10 and sometimes 15 years. Even a one-year sentence, however, is too much, he said.

“The reality is the pressure is continuous, although sentences might change in terms of length,” Windsor said. “Fatimeh has been given a one-year sentence, which is a much shorter sentence than some, but all the same, a year of imprisonment is a serious thing, especially put in light of the fact that it is solely the result of her Christian faith.”

Other recent actions by the government have been seen as an attempt to intimidate local Christians. In a more unusual move earlier this year, Pastor Nadarkhani, a convert from Islam, was violently arrested.

On July 22, while waiting for a summons to begin his 10-year sentence, 10 police officers arrived at the house of Pastor Nadarkhani and physically assaulted him and his son during the arrest, according to advocates and local reports.

Police smashed the front door of his home, punched him and his teenage son Daniel and used electrical batons on them, even though they did not resist, according to CSW. His wife and other children were at the home at the time.

“Usually they would issue a summons, and people would come by their own volition to serve those sentences,” Windsor said. “The way that that has been read is an attempt to intimidate the Christian community.”

Deacons Mossayebzadeh, Omidi and Fadaie were arrested from their homes days later.

Last month, Amnesty International appealed on behalf of a different group from Tehran who are waiting on bail after receiving sentences ranging from 5 to 15 years.

Pastor Victor Bet-Tamraz, Hadi Asgari and Kaviyan Fallah-Mohammadi, who had been arrested at a Christmas gathering in 2014, were given 10-year sentences by Judge Ahmadzadeh in July 2017, on a charge of “acting against national security by forming home churches, attending seminars abroad and proselytizing Zionist Christianity,” according to Mohabat news.

Charged with them was Amin Afshar-Naderi, who had been arrested August 2017 in Firuzkuh, Tehran Province. He was also charged with “insulting the sacred” for a comedic Facebook re-post that used Quranic letters to make fun of the rising prices of chicken in Iran, according to the Aug. 23 notice by Amnesty International.

“They have been targeted solely for peacefully practicing their Christian faith,” read the Amnesty notice. “The authorities have cited peaceful activities such as holding private Christmas gatherings, organizing and conducting house churches, and travelling outside Iran to attend Christian seminars, as ‘illegal church activities’ which ‘threaten national security’ in order to justify their convictions.”

Naderi went on hunger strike last year to protest the harsh sentences on Christians, along with the poor treatment that these prisoners often receive while they are in custody. The abuse includes being held without charges, detained for long periods without trial and prolonged isolation and interrogation, which advocates say is meant to intimidate underground Christians.

“They have to submit lists of those who attend those churches, and they are not allowed to conduct services in Farsi, which is the language of ethnic Persians and therefore Muslims in the eyes of the state,” Windsor said of the state-sanctioned churches, “so if people are speaking Farsi in churches, then they are considered apostates.”

Bet-Tamraz headed the last Persian-language church in Iran, the Pentecostal Assyrian church in Tehran, before it was closed down by local authorities in March 2009, according to Mohabat news.

Three of four Christians given 10-year sentences in July 2017 for “illegal gathering and collusion against regime for evangelism” forfeited their bail and returned to their native country, the Republic of Azerbaijan, according to Windsor.
Nasser Navard Goltape, of Iran, and Yusif Farhadov, Eldar Gurbanov and Bahram Nasibov of Azerbaijan was sentenced to 10 years for missionary activities which were deemed threats to national security after being arrested in June 2016, according to CSW.

“That is fairly common,” Windsor said. “It seems to be a way of Iranian government fundraising, by putting in place these extortionate bail figures and then keeping that money. It’s my impression that the Iranian regime is at times quite happy for Christians to leave the country.”