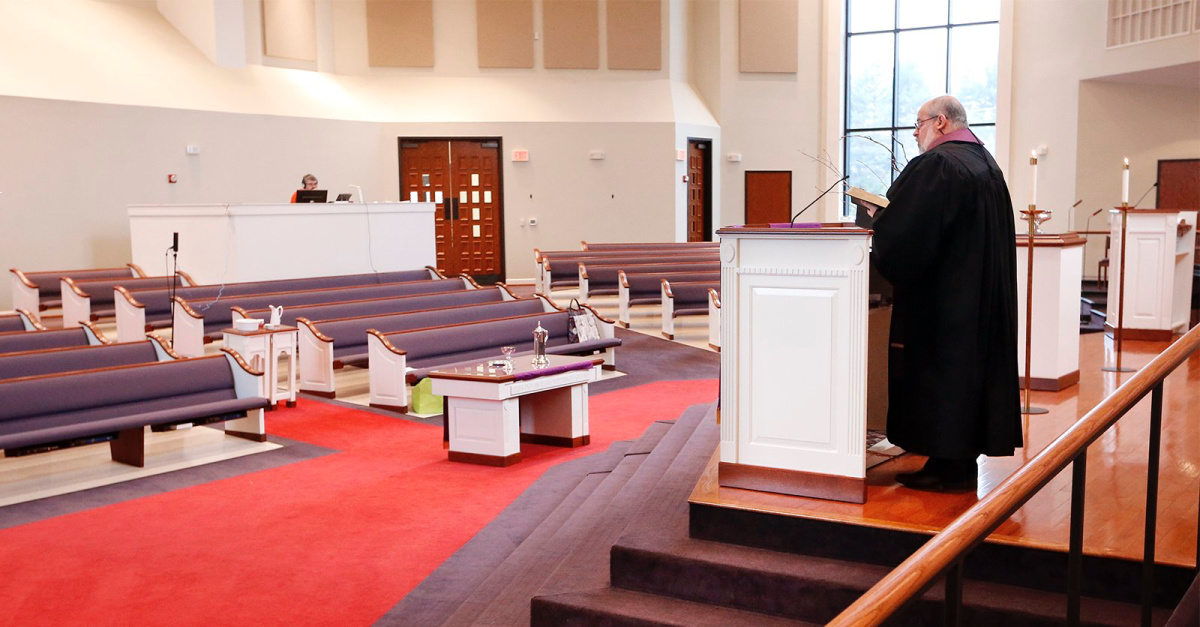 (RNS) — Church conflict is a growing pressure point for pastors during the coronavirus pandemic, a new report shows.

The report, based on a July survey by LifeWay Research, found that 27% of evangelical and mainline pastors cited maintaining unity and addressing conflict and complaints when asked about the pressure points they are feeling most.

Just 8% cited disagreement and conflict as issues in an April survey, according to the research firm based in Nashville, Tennessee.

The findings appear to be a barometer of the division in the country over the best ways to respond to the ongoing coronavirus pandemic.

“Shutting everything down was a whole lot less complicated than the debates over how to reopen,” said Trevin Wax, a senior vice president at LifeWay Christian Resources, an arm of the Southern Baptist Convention. “There’s a sense in which the pastor, in trying to care for the congregation, feels beat up right now.”

Wax, a former pastor, said the divides are different from what he saw as a congregation leader. In the past, he said, he saw people of different political parties serving together on the same deacon board because of their greater agreement on gospel issues.

“There are people that are shocked and appalled to find out that there are other people in their congregation that have completely different views on the best way to handle a pandemic,” he said.

Hundreds of pastors responding to the survey included written responses to open-ended questions about the challenges they are currently facing.

“My people are in very different places regarding the virus,” wrote one pastor. “Some are losing patience and want to get on with normal life with little regard for the potential consequences. Others are still practicing extreme social distancing and are having a tough time understanding others who are not taking this as seriously as they are.”

The second-most-cited “pressure point” was pastoring at a distance, with 17% mentioning it. Thirteen percent cited safety and well-being of their members and 12% mentioned personal exhaustion and isolation.

One pastor referred to the companions of Moses who were described in the Bible’s Book of Exodus as helping him through a crisis.

“Feeling disconnected from the people and their needs. Need encouragement, Aaron and Hur to hold up my hands, people to come alongside me. But I am tired of virtual everything!!! PS MAYBE I JUST NEED A HUG?!!!

Wax said it has been discouraging to read some of the responses from the pastors who are both exhausted and struggling to keep their congregants together.

The findings are based on online responses from 443 evangelical and mainline Protestant pastors surveyed online between July 20 and 22. The survey’s overall margin of error is plus or minus 5 percentage points.