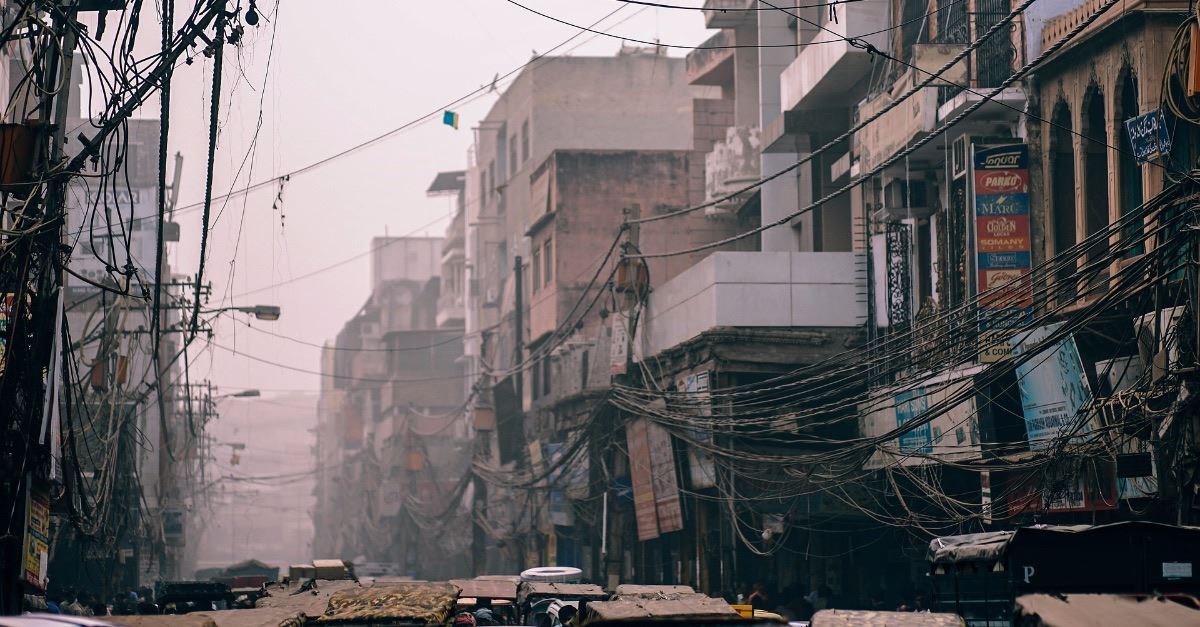 “Both the frequency of the attacks and their intensity has increased in the past few years,” said the Rev. Vijayesh Lal, general secretary of the EFI and the national director of the RLC.

Around 20 masked men barged into the Sunday worship service of the New Life Fellowship Church with swords, knives, iron rods, glass bottles, stones and other sharp objects and attacked the congregation meeting at the presbyter’s residence. Milton Norenj, coordinator of the New Life Fellowship Jadhinglaj, said the suspected Hindu extremists entered the service shouting, “Jai Bhawani, Jai Shivaji,” that is, victory to Bhawani, a Hindu goddess, and victory to the historical Hindu warrior king Shivaji.

“They barged into the worship hall and began to throw big stones and empty beer bottles at the worshippers,” Norenj said.

Pastor Bhimsen Ganpati Chavan, 36, who has been leading the church since its inception 12 years ago, said about 40 people were present at the service when the Hindu extremists arrived.

“As soon as they entered, they began to shoot empty beer bottles and stones at the congregation,” Pastor Chavan said. “As they stepped forward, they attacked us with swords, iron rods and knives mercilessly, men and women alike.”

Of the seven people who were hospitalized, three had serious head injuries. One of the three Christians who underwent surgery, 48-year-old Vittal Jadhav, lost part of his finger to a sword chop. Jadhav also sustained a fracture in his shoulder, and he lost so much blood that doctors had to postpone an MRI needed to decide on surgery.

In all, the injuries of six of the 16 men injured were serious, while two of the 11 injured women received deep cuts on their hands, requiring stitches.

“I have been living here since the year 2000,” Pastor Chavan told Morning Star News. “We have faced some opposition before, but never an attack of this kind.”

Hindu extremists had issued threats and told church members to leave the area in 2014-2015, he said, but the issue was resolved after church leaders filed a First Information Report (FIR) with police, he said.

Swati Chavan, the pastor’s wife, was discharged from the hospital on Wednesday (Dec. 26).

“I was hit by an iron rod on my hand and received a head injury,” she said. “They hit my back repeatedly with their fists, which caused swelling. I had to undergo a head scan to rule out clotting.”

The attack, which lasted five to seven minutes, would have gone longer had it not been for the quick thinking of Pastor Chavan’s 65-year-old mother, he said.

“My mother had just ground fresh red pepper,” he said. “She took handfuls of the powder and threw it on the faces of the attackers. It got into the eye of one of the attackers, and they began to withdraw and fled.”

Some women and children in the congregation ran to the police station, five minutes away, for help, and by the time officers arrived, Christians had already called for an ambulance, he said. Three ambulances carried the injured first to a local private hospital.

When doctors saw the condition of the injured, they told the Christians to take eight of the more seriously wounded to a hospital in nearby Belgaum city, Pastor Chavan said.

Seven Christians were admitted in the Intensive Care Unit and are still undergoing treatment. Swati Chavan was discharged after receiving treatment.

Sachin Bagde, 23, required surgery for a clot in his head suffered when a stone hit his skull. Arjun Mutkekar, 47, also underwent surgery for a broken hand and elbow, as well as a hip injury, Pastor Chavan said.

Maruti Patil, 69, suffered a serious head injury and fractured his hand. Sachin Jadhav, 25, son of Vittal Jadhav, sustained a deep cut on his head. Ashok Mane sustained a head injury beside a hand fracture and injury on his neck.

Police detained a few people and registered a case against unidentified attackers for injuring or defiling place of worship with intent to insult the religion of any class (Sections 295 of the Indian Penal Code), attempt to murder (Section 307), voluntarily causing grievous hurt by dangerous weapons (Section 326), rioting (Section 147) and rioting armed with deadly weapon (Section 148).

A delegation of Christian leaders met with the district collector and the superintendent of police on Wednesday (Dec. 26). They asked authorities to take swift action.

“The investigations are still on, and we will soon reveal to the media what organization the attackers are associated with,” the investigating officer told a television news reporter.

In almost all 18 cases reported during the Christmas season, police came under pressure from Hindu extremists, revealing the strategy of Hindutva (Hindu nationalist) groups to harass Christians with legal problems, sources said.

Christie said Hindu nationalists have a well-planned strategy to target Christmas processions, services, carols and programs to try to create an atmosphere of disharmony and polarize people.

Shibu Thomas, head of Persecution Relief from Kerala state, said religious freedom is at stake especially for the minority community, who must be given full freedom to practice their religion and faith in peace.

“The secular fabric of India and Indian democracy is being shredded every day,” Thomas said. “It might take several years to eliminate the hatred that has been injected in the society based on religion, polarizing communities.”

In Haridwar, Uttarakhand state, a mob of about 30 men from the Bajrang Dal, the youth-wing of the Hindu extremist Vishwa Hindu Parishad (World Hindu Council), stopped four buses carrying 200 children on their way to a Dec. 25 Christmas program.

The children, all Hindus from slums of Haridwar, were on their way to the nearby city of Dehradun. The Bajrang Dal complained that the children were being taken to churches in Dehradun to be forcefully converted to Christianity and subjected to sexual abuse by pastors.

They demanded the arrest of the teacher – a Hindu – who was escorting the children to the Christmas program. The teacher, Sandeep Kashyap, was arrested, and police came under intense pressure from extremists to hold him in custody even after learning that no forceful conversion was taking place, sources said.

“The Bajrang Dal volunteers suspected that these children were taken to Dehradun to forcefully convert them and make them Christians, but our prima facie enquiry has revealed that nothing of such sort was going to take place,” Uniyal told Morning Star News.

“Never has such a problem risen in the past years,” Kashyap told Morning Star News. “I did not know that taking the children to witness a Christmas program was such a big crime.”

In Uttar Pradesh state, newspaper Amar Ujjala on Wednesday (Dec. 26) reported that police were exhausted on Christmas Day from taking several calls alleging “forceful conversion,” and that they had to comply by raiding several Christmas programs.

“All our energy is getting consumed in running around,” a police officer from Uttar Pradesh who requested anonymity told the newspaper. “Phone calls keep coming from Hindu groups who allege conversions, and so we have to go and investigate. We cannot afford to ignore them.”

A Christian leader from Uttar Pradesh requesting anonymity told Morning Star News that, while at a police station to speak to the officer in charge, he witnessed police receiving at last 25 to 30 phone calls.

“All these calls were from Hindu organizations, some from their top leaders, pressuring the police to stop alleged conversions happening in Christmas services across the district,” he said. ‘The police listen to them as they enjoy political patronage. The police also know that their charges are false, but they have to act.”

What is happening in Uttar Pradesh, especially in Jaunpur, is very worrying, said Lal of the EFI.

“We have documented many instances where the police, instead of protecting and safeguarding the religious freedom of Indian citizens, are actually stopping them from participating in worship,” Lal said. “Even Christmas services were disrupted by policemen in uniform. Arbitrary arrests and detention of pastors and Christian leaders on the most frivolous of excuses seems to have become the order of the day.”

Anyone can accuse someone of forceful conversion without offering any proof, and police take it upon themselves to stop regular worship services and arrest the pastor and congregation members, he added.

The 10 incidents reported from Uttar Pradesh during the Christmas season include disruption of worship services by police as well as by members of various Hindu nationalist groups; arrests and detention of pastors and Christian leaders; and raids on churches and homes of pastors, according the EFI’s religious liberty commission.