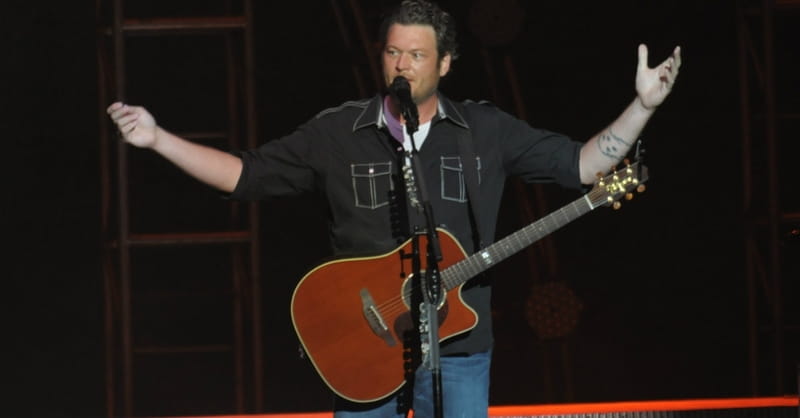 Country singer and “The Voice” judge Blake Shelton is taking a break from mainstream country music and focusing instead on Gospel songs on his new album titled “If I’m Honest.”

According to Christian Today, one of the songs on the album is titled “Savior’s Shadow,” and it is a very personal song of faith for Shelton.

"Though the devil tried to break me, my sweet Jesus won't forsake me, when I'm in my Saviour's shadow where I'm supposed to be," say some of the song’s lyrics.

Jessi Alexander, one of the song’s co-writers, recently shared with Taste of Country how the song came about: "He [Shelton] started an incredible song, a gospel song, and asked me and JR [Jon Randall] to help him finish," Alexander said. "It's beautiful and moving, and I can't wait for him to tell the story. It's almost his 'Why Me Lord' — it's very deep to him and to us."

Shelton told his Twitter followers that the idea for the song came to him in a dream: "I dreamed the song last summer," he wrote. "I woke up and wrote down everything I could remember."

Stefani is also exploring her personal faith in her new album which has a similar title to Shelton’s. Stefani recently said about “Now This is What the Truth Feels Like” that she had to battle her record label about the kind of songs on the record:

“We don't think people are going to relate. You should just put out an art record," they told her, according to Refinery 29. In response, Stefani said, "Are you kidding me? I'm literally channelling God here. I'm saving my own life with this record and you come and punch me in the face?"