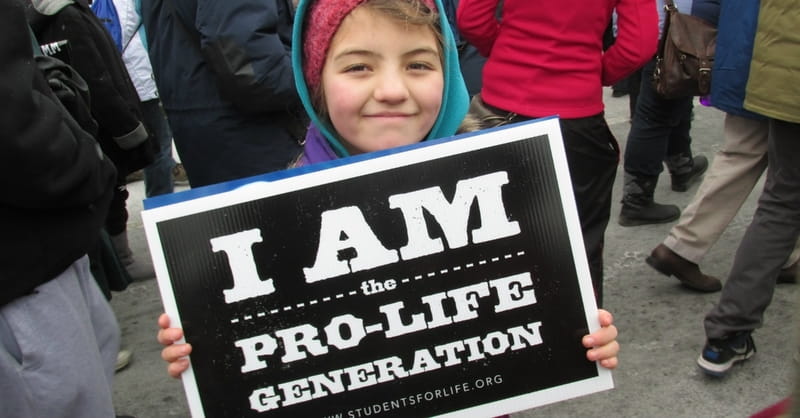 A video of a nine-year-old girl pleading with a woman at an abortion clinic to save her baby has received over one million views.

The young girl accompanied her mother and her mother’s friend Amy Schlichter who is the head of Hoosiers for Life, to the Women’s Mede Center in Indianapolis last week. A group of pro-life advocates went to the abortion clinic to offer help to the women considering abortion and to plead with them to save their babies.

What nine-year-old Briana did is truly remarkable. She asked to use a headset so that she could speak to the women waiting to get abortions in the clinic. What she said to them is even more remarkable.

"I'm a nine-year-old and the voice of your baby right now. Don't kill me. Save me. Let me live. Let me see the world...Let me grow up so I can worship Jesus and God. That's what your baby is saying," she said in the video, which was recorded by Schlichter.

"There are so many things you can do, like first things,” she continued. “You can have first birthdays, first Christmases, first everything, first day to hug your baby."

CBN News interviewed Briana and Schlichter following the video. When asked why she wanted to visit the clinic, Briana replied, "I felt like we all made a change there."

Schlichter also responded to those who have criticized allowing a nine-year-old to be involved in advocating for life at the abortion clinic:

"She has a personality and thoughts of her own. It just doesn't take a rocket scientist to figure out that abortion is murder and so Briana captured that reality and she was able to relay that to the women.”