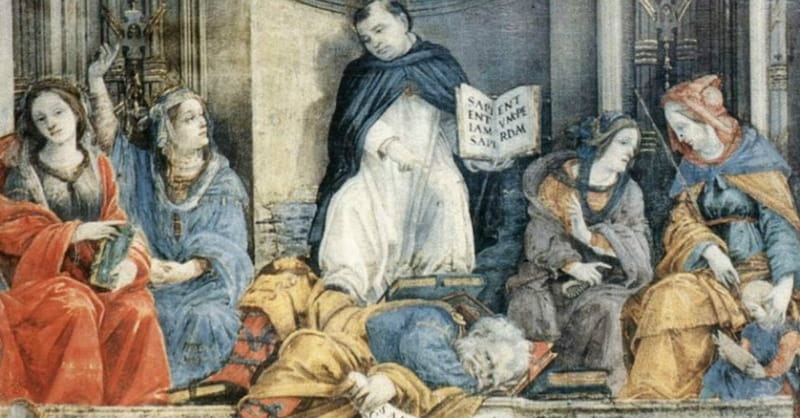 How important is it to know your Christian creeds and confessions?

Not terribly, according to most Americans: 58 percent said they believe there is little value in studying or reciting historical Christian creeds and confessions, according to the 2016 State of American Theology survey conducted by LifeWay Research and sponsored by Ligonier Ministries.

But getting Christian doctrines right – exactly, precisely correct – matters a lot to enough others that 2016 was something of a banner year when it came to believers hurling charges of heresy at each other.

Perhaps that’s understandable given that 2017 marks 500 years since Martin Luther – one of history’s great heretics, or heroes, depending on your point of view – nailed his 95 Theses to a church door in Germany, launching the Protestant Reformation. Yet it’s still remarkable that believers today can find themselves embroiled in debates over theological questions, many of which seem to have been settled by the early church.

Here are a few of the heresies that made waves in certain Christian circles in 2016.

One God. But whose God?

Late in 2015, Larycia Hawkins – then a professor at Wheaton College in suburban Chicago – posted a photo of herself on Facebook wearing a hijab as a spiritual discipline during the Christian season of Advent, leading up to Christmas.

It wasn’t the photo that caught attention of authorities at the well-known evangelical Christian school so much as its caption: “I stand in religious solidarity with Muslims because they, like me, a Christian, are people of the book. And as Pope Francis stated last week, we worship the same God.”

Wheaton officials apparently did not agree and began termination proceedings against the professor, saying her statements seemed “inconsistent with Wheaton College’s doctrinal convictions.” The controversy spilled over into 2016, when the two agreed to part ways.

The Second Vatican Council affirmed in 1964 that Muslims “together with us adore the one, merciful God,” NPR noted. Most Americans (64 percent) also believe God accepts the worship of all religions, including Christianity, Judaism and Islam, according to the State of American Theology survey.

And in “The Last Battle,” the final book of the Narnia series, celebrated Christian author and theologian C.S. Lewis describes his character Aslan, a stand-in for Christ, accepting the praise other characters had offered an imposter named Tash, saying, “All the service thou hast done to Tash, I accept as service done to me.”

Notably, the Marion E. Wade Center at Wheaton College houses a collection of C.S. Lewis’ writings and other artifacts, including his desk, a pen and a wardrobe.

Is ‘Amoris Laetitia’ Latin for schism?

Are Catholics now Protestants? On marriage, at least, that’s what some of Pope Francis’ hard-line critics started claiming last year.

The background to their complaint was a major document on family life, published in the spring, called “Amoris Laetitia,” Latin for “The Joy of Love.”

It was Francis’ take on the deliberations of two major Vatican meetings, called synods, where bishops and cardinals debated ways the Catholic Church could better welcome families that don’t always fit the ideals of the catechism.

Conservatives were upset that the apostolic exhortation, as it is known, stressed the church’s commitment to accompany any family in whatever situation rather than laying a greater stress on conforming to traditional sexual and marital norms.

But the hard-liners homed in on one passage in particular that seemed to allow pastors latitude to give Communion to Catholics who have divorced and remarried without an annulment.

This, said the critics, was tantamount to caving to Henry VIII’s demand that the pope allow him to divorce.

Others went so far as to claim that the threat was analogous to the Arian crisis of the fourth century, which split early Christianity over the question of the two natures of Jesus Christ, human and divine. That crisis was only resolved through the development of a common creed over the ensuing decades.

How will the current Catholic crisis end? No one seems sure. Schism is one possibility, though a remote one. Canon law experts say that if the pope were in fact to endorse heresy he would automatically no longer be pope, and the College of Cardinals would have to find a new one. But who would even make that call?

Usually when Christians debate submission, they’re talking about marriage. This year, though, they were talking about the Trinity, the doctrine that God the Father, God the Son (that is, Jesus) and God the Holy Spirit together make up one God.

The nature of the Trinity was key to the split between the Eastern and Western Christian churches nearly a thousand years ago.

Yet those disputes were given new life in a flurry of blog posts over the summer, set off by a guest post on the Alliance of Confessing Evangelicals’ blog by Liam Goligher, senior minister of Tenth Presbyterian Church in Philadelphia.

Goligher said Wayne Grudem, professor of theology and biblical studies at Phoenix Seminary and founder of the Council of Biblical Manhood and Womanhood, along with other well-known complementarian theologians, have presented “a different God than that affirmed by the church through the ages and taught in Scripture” to justify biblical gender roles, in which women are subordinate to men.

In short, their theology makes Jesus subordinate to God the Father, Goligher wrote.

Grudem responded in a post on the Council of Biblical Manhood and Womanhood’s blog that it is not contradictory to believe Jesus is “eternally God (equal to the Father in his being and in all attributes) and that he is eternally Son (subject to the authority of the Father in the personal relationships within the Trinity).”

This was first was debated in 325 at the Council of Nicaea, and a number of Christian creeds and confessions since have confirmed, as in the words of the Athanasian Creed, “In this Trinity none is afore, nor after another; none is greater or less than another.”

The Bible doesn’t tell me so?

The trouble began with this August sermon by Pastor Andy Stanley of North Point Ministries in Alpharetta, Ga.:

“So I need you to listen really, really carefully and the reason is this: Perhaps you were taught, as I was taught, ‘Jesus loves me. This I know’ – and let’s all  finish it together – ‘for the Bible tells me so.’ This is where our trouble began.”

The popular preacher argued in that sermon that if the Bible is the foundation of Christians’ faith, then when their understanding of the Bible is challenged by scientific and archaeological evidence, their faith is challenged. But the Bible is no more proof of Jesus’ existence than a person’s birth certificate is proof of his or hers, and there is plenty of extrabiblical evidence for its claims, he said.

Therefore, Stanley said, Christians wrestling with parts of Scripture that seem to contradict themselves or modern science need not abandon the faith.

Southern Baptist Theological Seminary President Albert Mohler quickly fired back in an essay on his website, saying Stanley’s views are “an apologetic disaster and would leave Christians with no authoritative Scripture.”

“In the end, we simply have no place to go other than the Bible as God’s authoritative revelation. Christ, not the Bible, is the foundation of our faith — but our only authoritative and infallible source of knowledge about Christ is the Bible,” Mohler wrote.

This argument may not be settled easily.

Americans are split on the question of biblical authority. Half believe the Bible has the authority to tell people what to do, while 42 percent disagree, according to the State of American Theology survey.

On the question of biblical infallibility or inerrancy, they also are divided on whether the Bible is 100 percent accurate in all it teaches: 47 percent agree, while 43 percent disagree, according to the State of American Theology survey. There is disagreement as well on whether the Bible contains helpful accounts of ancient myths but is not literally true. On that question, 44 percent agree and 45 percent disagree.

The Chicago Statement on Biblical Inerrancy – written in 1978 by more than 200 evangelical Christians, including Francis Schaeffer, R.C. Sproul and John F. MacArthur – affirmed the Bible “is without error or fault in all its teaching.�� The doctrine of inerrancy also was affirmed by the Second Vatican Council of the Roman Catholic Church, which states that “the books of Scripture must be acknowledged as teaching solidly, faithfully and without error that truth which God wanted put into sacred writings for the sake of salvation.”

The two extended their theological tête-à-tête into the Christmas season after a Dec. 4 sermon in which Stanley downplayed the importance of the dogma that Mary was a virgin when she gave birth to Jesus.

“If somebody can predict their own death and then their own resurrection, I’m not all that concerned about how they got into the world because the whole resurrection thing is so amazing,” Stanley said.

“In fact, you should know that Christianity doesn’t hinge on the truth or even the stories around the birth of Jesus. It really hinges on the resurrection of Jesus.”

Mohler once again responded on his podcast, saying there is “nothing more important than clarifying and affirming all that the Bible teaches concerning the birth of Christ and the truth of his incarnation.”

If Jesus was not born of a virgin, if the account in the biblical book of Luke cannot be trusted, then “that mistrust cannot be limited to how he came to us in terms of the incarnation,” he said.

Mohler noted questions about the Virgin Birth date back 1,500 years to the time of St. Augustine of Hippo, who wrote, “The more impossible the virgin birth of a human being appears to them, the more divine it appears to us.”

Nonetheless, the Virgin Birth is widely accepted by Christians. It is documented in two of the four Gospels: Matthew and Luke. It also was reaffirmed in amendments to the Nicene Creed made in 381 at the First Council of Constantinople and in the Apostles’ Creed, which has been dated as far back as the second century.

And Stanley had this to say for himself to The Washington Post:

“I am often misunderstood because of my communication style. I frequently verbalize what I know unbelievers and those who have left the church believe, assume or remember a college professor saying.”

Photo: "Truimph of St. Thomas Aquinas Over the Heretics" by Filippino Lippi