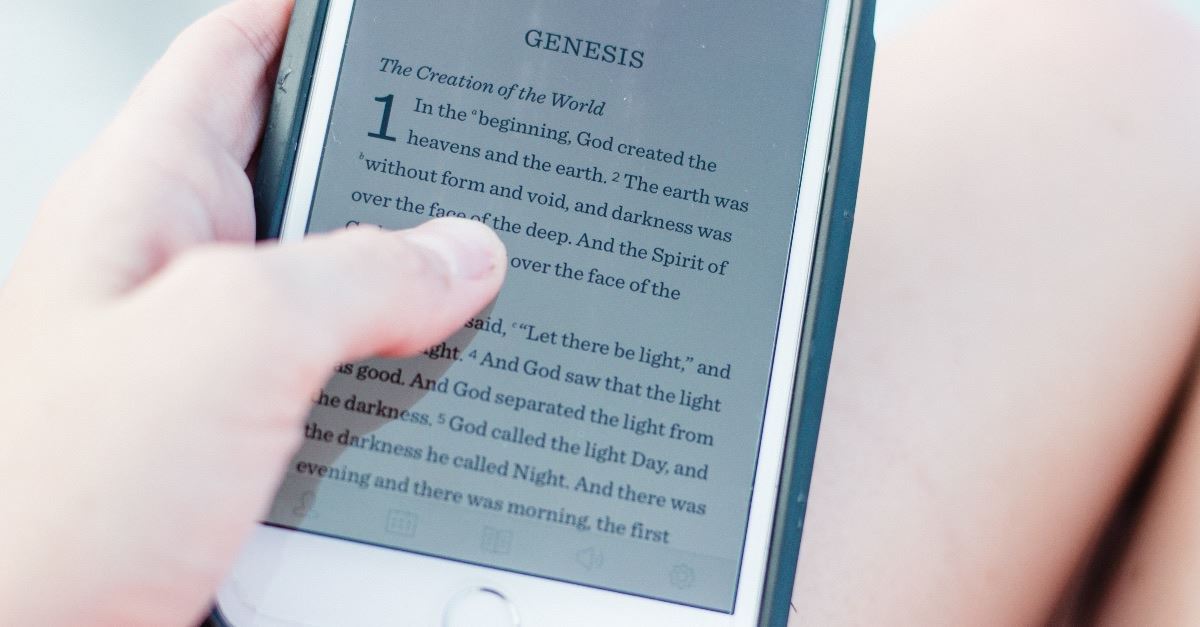 The most shared, bookmarked and highlighted Bible verse on the popular YouVersion app this year wasn’t one you’d see plastered on a handmade sign at a football game.

This year’s most popular verse worldwide was Isaiah 41:10, which reads, “Don’t be afraid, for I am with you. Don’t be discouraged, for I am your God. I will strengthen you and help you. I will hold you up with my victorious right hand.”

The YouVersion Bible app is celebrating its 10th anniversary this year.

“This year’s data shows people worldwide are continuing to turn to the Bible in search of comfort, encouragement, and hope,” said Bobby Gruenewald, a pastor at Life Church and YouVersion founder. “We’re humbled that 10 years after its release, people continue to use the YouVersion Bible App in record numbers to connect with God’s Word.”

The YouVersion app includes more than 1,800 versions of the Bible in more than 1,250 languages.

Data showed a 27 percent increase in “daily active users” compared to 2017. YouVersion users “listened to 4.2 billion chapters and read more than 27.2 billion chapters of the Bible” in 2018, which “is a year-over-year increase of 40 percent and 62 percent, respectively,” according to a news release.

YouVersion also showed growth in its Bible App for Kids.

“This generation is on pace to become the most Bible-engaged generation ever, and we believe the Church should keep investing in new technologies to help adults and children connect with the Bible,” Gruenewald said. “We’re honored to be a part of how God is reaching people around the globe through His Word, and we’re eager to see how Bible-engaged people make a difference in this world for decades to come.”