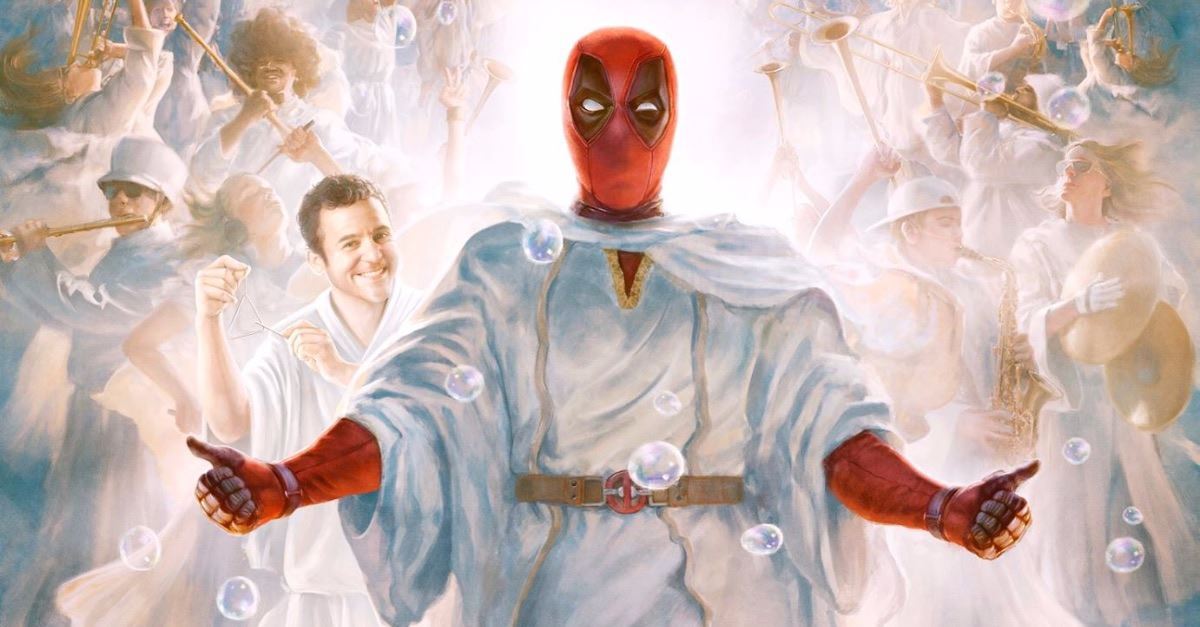 A new petition is calling for the pulling of a Deadpool movie poster that depicts the antihero as Jesus Christ.

The poster for the film Once Upon A Deadpool shows Deadpool in the clouds, surrounded by people and a dog. It seems to be an irreverant take on a famous painting of Christ’s second coming by artist Harry Anderson that shows Jesus surrounded by angels.

Anderson was a Seventh-day Adventist, although the painting was made for the Church of Jesus Christ of Latter-Day Saints. The painting has been embraced by people from multiple denominations.

Once Upon A Deadpool is a PG-13 version of the R-rated Deadpool 2.

“In the poster Deadpool replaces Jesus Christ. Deadpool is positioned exactly as Jesus Christ was and is wearing a white robe,” the petition reads. “It is unknown if the picture was used to intentionally mock the Church of Jesus Christ, but it is clear it was copied from the original picture. This is a form a religious discrimination. We ask that the picture be not used or posted in any manner. That they find another poster to represent their movie.”

One person who signed the petition said the poster was “mocking our Savior, Jesus Christ.”

“While I choose to not be offended when someone mocks my religion, I will forever stand with and defend Jesus Christ,” the person wrote.