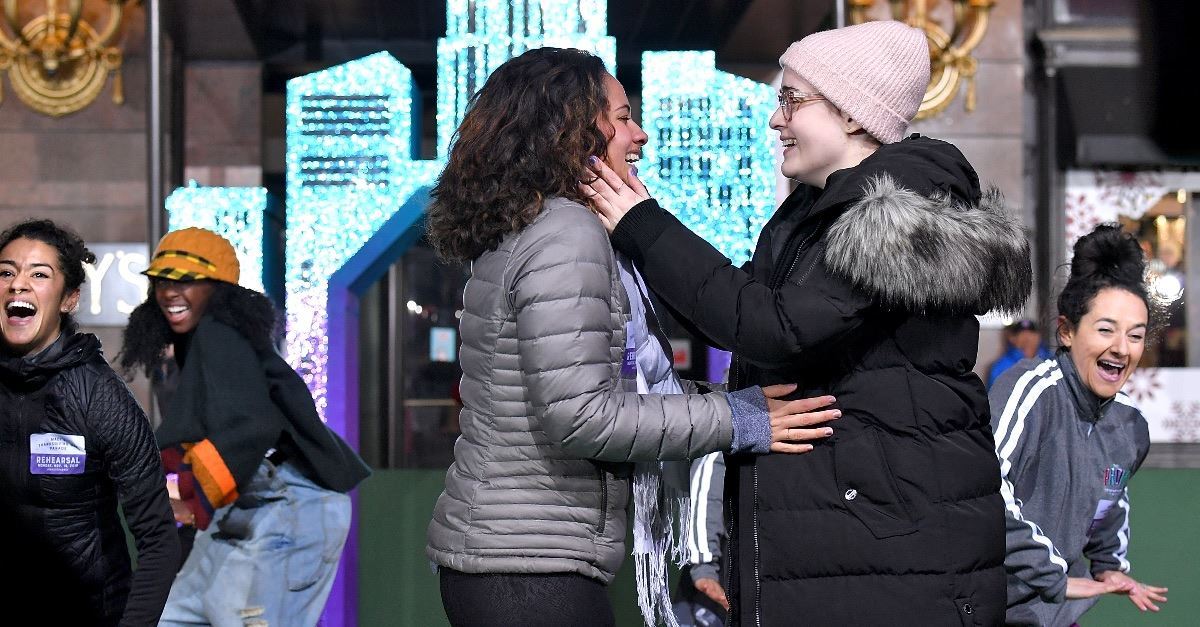 Families hoping to avoid the culture wars on Thanksgiving morning likely were disappointed by the televised Macy's Thanksgiving Day Parade, which featured a song from the Broadway musical The Prom and was capped by a kiss between two women.

Singers danced to the song It’s Time To Dance, which featured lyrics celebrating how “no one cares who your unruly heart loves” at the prom. It also proclaimed that proms can show people “how the world could one day be.”

The lesbian couple were the focus. They joined hands in singing, “This is more than I dared wish for,” and at the end of the song, they kissed.

The NBC audience averaged 23.68 million viewers over the three-hour broadcast, according to The Hollywood Reporter.

Some viewers were upset.

Another person wrote, “You have ruined the whole parade for me.”

But director/choreographer Casey Nicholaw stood by the number.

“For me it just was such a huge message that they [Macy’s and NBC] allowed it and they went for it and were committed to it, and I honestly cannot thank them enough,” he told Deadline.