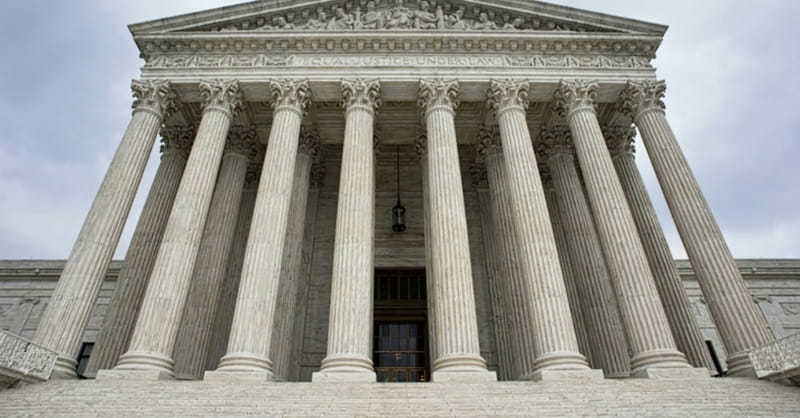 Liberals and others on the Left fearful of President Trump’s Supreme Court choices are now advocating an idea from the past: court packing.

Court packing – which was advocated and abandoned by Franklin Delano Roosevelt – involves adding justices to the Supreme Court to offset any supposed ideological imbalance.

The Supreme Court currently has nine justices, four of which are part of a conservative bloc. If Trump’s next nominee joins that conservative bloc – as is expected – then liberals will be in the minority. The “court-packing” movement proposes expanding the Supreme Court to 11, 13 or even 15 justices when Democrats control the White House and Congress.

“There’s nothing in the Constitution specifying the number of judges, the precise organization of the federal judiciary, or even that the Court be empowered to review acts of Congress,” wrote Todd N. Tucker at the left-leaning JacobinMag.com website. Tucker is a political scientist and fellow at the Roosevelt Institute.

“It is time to push a once-marginal idea to the top of the agenda: pack the Supreme Court,” he wrote. “The conservative majority’s support of Trumpism and opposition to progressive objectives means it will pose a barrier to the agenda of even the most left-leaning president and Congress. This barrier must be confronted head on.”

Even liberal stalwarts are warming to the idea.

“The idea of expanding the size of the Supreme Court will get traction IF the Democrats take the White House and Congress in 2020,” Erwin Chemerinsky, dean of the University of California-Berkeley law school, told The Los Angeles Times. “It is the only way to keep there from being a very conservative Court for the next 10-20 years.”

Added Chemerinsky, “This is something that warrants serious consideration after 2020 if Democrats take the presidency and Congress.”