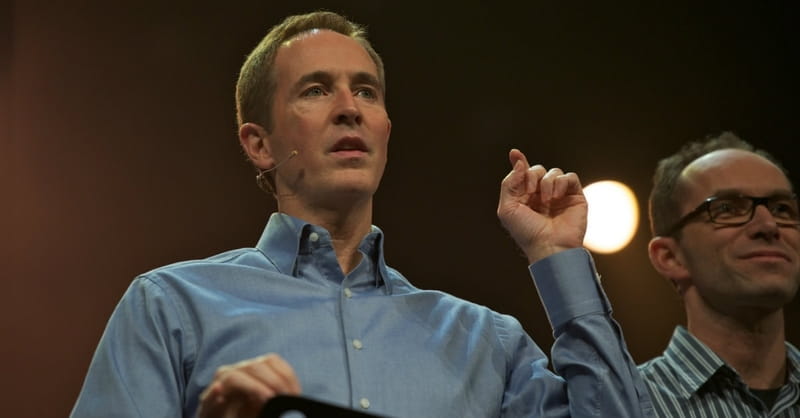 Answers in Genesis founder and president Ken Ham is calling Georgia pastor Andy Stanley a “false teacher” for comments Stanley made in a recent sermon on the connection between Christianity and the Old Testament.

Ham’s comments on June 22 sparked a lively discussion on his social media accounts, with some taking Ham’s side and others defending Stanley.

“Is Andy Stanley a false teacher?” Ham asked on his Facebook page and Twitter feed. “He compromises Genesis and certainly teaches that those of us who insist all the Bible (including OT) is true are putting a stumbling block in people's way to hearing the gospel. But it’s Stanley who is undermining God’s Word -- yes, a false teacher.”

Ham also discussed Stanley’s sermon in the June 22 episode of Answers News. He posted a clip of Stanley’s sermon on his social media accounts. Stanley is senior pastor of North Point Community Church.

“Many have lost faith because of something about the Bible or in the Bible – the Old Testament in particular,” Stanley says in the clip. “Once they can no longer accept all the historicity of the Old Testament, once they couldn’t go along with all the miracles, once somebody poked a hole in the Genesis creation, you know, myth – once all that went away suddenly their house-of-cards faith came tumbling down because they were taught it’s all true, it’s all God’s Word and if you find one part that’s not true [then] uh-oh the whole thing comes tumbling down.

“[But] not Christianity. The Bible did not create Christianity,” Stanley adds. “The resurrection of Jesus created Christianity and launched Christianity. Your whole house of Old Testament cards can come tumbling down [but] the question is: Did Jesus rise from the dead? And the eyewitnesses said He did. I know that’s a little disturbing for some of us. I know for many of you, this is liberating. As one close friend of mine said who was in her 60s, she said, ‘I finally understand.’”

“[Stanley] doesn't know the person he claims to believe in,” Ian Davidson wrote on Facebook. “Jesus said … ‘If they do not hear Moses and the prophets, neither will they be persuaded though one rise from the dead.’"

Others, though, said Ham had crossed the line.

“Very disheartening to see further division,” Chad Loflin (@Chad Loflin) wrote on Twitter. “@AndyStanley is simply reaching to the skeptics of certain areas of biblical teaching. Our hope is in the resurrection as established by OT, but the New Covenant can stand alone! Make a difference instead of making a point.”