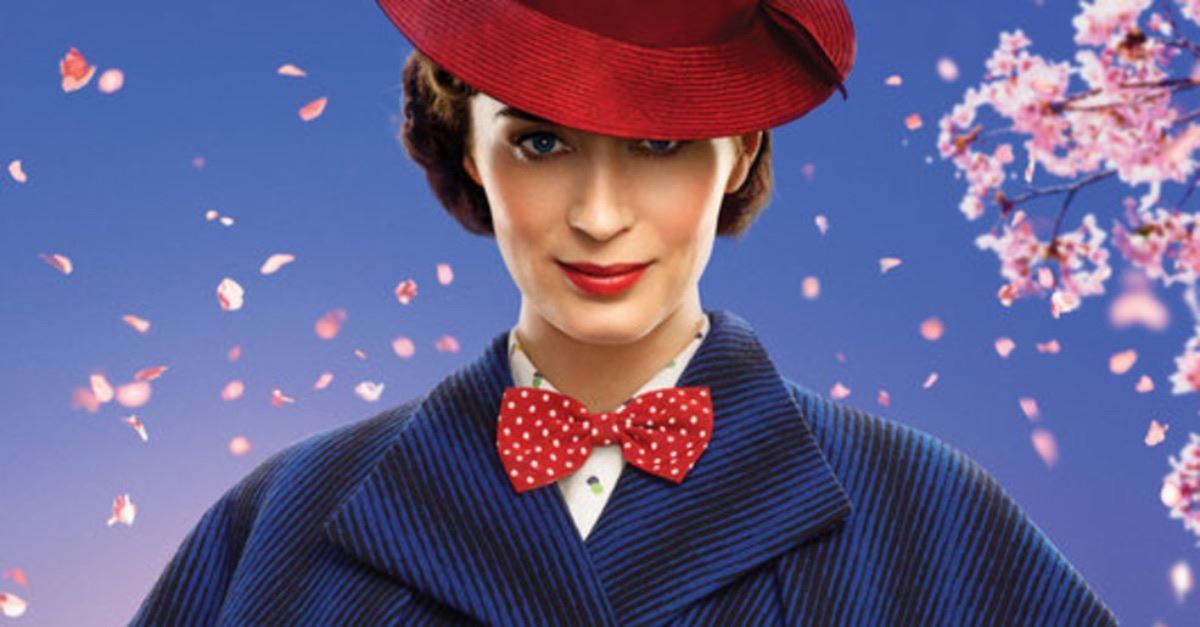 The new Mary Poppins film either has a pro-socialism subtext or a pro-capitalism message, depending on who you ask.

Disney’s Mary Poppins Returns(PG) opened in December to generally positive reviews and has grossed more than $100 million domestically at the box office. It also was named one of Crosswalk’s 10 best family movies of 2018.

The story follows Mary Poppins as she returns to Cherry Tree Lane in London to care for the three children of Michael Banks, who is facing eviction. The film, of course, has plenty of joy-filled songs and a happy ending, too.

Yet some commentators and critics believe the movie carries a message about economics and the structure of government.

Armond White, a writer for National Review Online, believes the film promotes socialism. Minor characters in the film, he notes, campaign “for underpaid workers.” The movie, he added, carries a “nasty political undercurrent” similar to “the #Resistance mood that has overtaken Broadway and Hollywood.”

“Though pretending to be innocuous family entertainment,” he wrote, “the knock-off tunes have a faintly repressive, pedantic note, especially in [composer Marc] Shaiman’s balloon-song finale ‘Nowhere to Go but Up.’ To careful listeners, it sounds like showbiz Stalinism: ‘The past is the past / It lives on as history / Let the past take a bow / Forever is now.’ Why should a family-movie ditty recall the essence of Soviet erasure of history?”

“Only take kids to Mary Poppins Returns if you want them to grow up aloof, uncharitable, and tone-deaf Antifa thugs,” White wrote.

Most commenters on National Review’s website disagreed with White’s take.

“The characters' salvation was an investment in the free market, which you conspicuously ignore,” one person wrote. “You only focus on that which supports your worldview, and that makes you a hack.”

White wasn’t the only reviewer who saw an anti-capitalism message in Mary Poppins Returns.

“The villains, naturally, are bankers; the more a movie costs to make, the more gleefully it must demonize the practice of basic capitalism,” Anthony Lane of The New Yorker wrote.

On Twitter, some moviegoers saw the same message: “mary poppins my anti-capitalism queen! she said banks are evil!” one person wrote.

But whereas some people saw an anti-capitalism theme, others saw a pro-capitalism message.

“At the climax, [the banker] Mr. Dawes Jr. reveals that the tuppence Michael wanted to give to the poor bird lady but ultimately gave to his father was invested by George Banks at Fidelity Fiduciary,” wrote Matt Goldberg of Collider. “This means that although Michael finds his shares in the banks, he can keep them because his original investment has grown and prospered allowing him to use that money so the Banks can keep their home on Cherry Tree Lane.

“Mary Poppins Returnsgets a callback to the first movie, the Banks family doesn’t have to lose their house, and everyone is happy,” Goldberg added. “The problem with this decision is that it means that Michael was right not to give his money to the bird lady. Had Michael been charitable, he wouldn’t have had an investment, and that investment wouldn’t be there to save his home. Three cheers for capitalism! Charity is for suckers!”

John DiLillo, the entertainment editor at NYU Local, saw a pro-capitalism message, too.

“[W]hile the original mary poppins had radical and correct ideas about capitalism, this movie ends with capitalism saving the day via the power of canny investment,” DiLillo, a critica of capitalism, wrote on Twitter.

On this issue, it seems movie critics can’t agree.