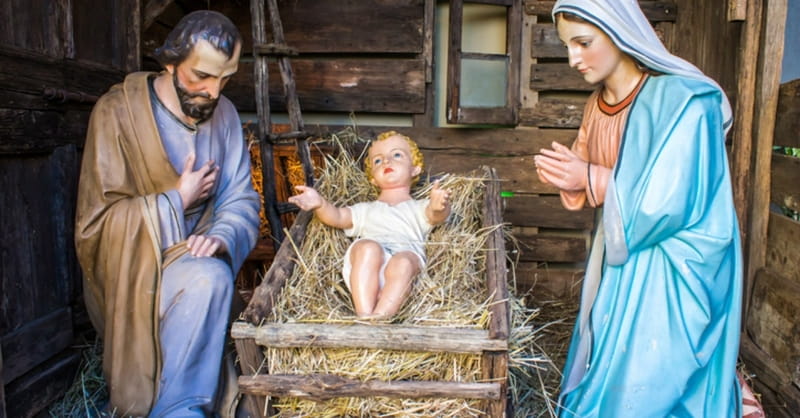 An Episcopal church in Indianapolis has placed statues of Mary, Joseph and baby Jesus in an outside cage to protest President Trump’s “zero tolerance” policy of arresting people at the U.S.-Mexico border.

The rector of the congregation, Christ Church Cathedral, said the chain-link fence with barbed wire is meant to symbolize a detention center.

“I know what the Bible said,” the Rev. Stephen Carlsen told the Indianapolis Star. “We're supposed to love our neighbors as ourselves.”

The display, which can be seen on the church’s lawn, was the idea of the Rev. Lee Curtis.

“This symbol is something that speaks to every one of us at our most basic level, because of who we are as a church and as Christians,” Curtis told CNN.

Curtis asserted that Mary and Joseph were seeking asylum, similar to the families crossing the border. He referenced Matthew 2:13:14, which says, “When they had gone, an angel of the Lord appeared to Joseph in a dream. ‘Get up,’ he said, ‘take the child and his mother and escape to Egypt. Stay there until I tell you, for Herod is going to search for the child to kill him.’ So he got up, took the child and his mother during the night and left for Egypt.”

Not everyone on the newspaper’s Facebook page agreed with the church, though.

“Joseph and Mary were not breaking laws to travel to other countries, and they were not arrested for breaking laws, so this makes no sense,” one person wrote.