The Silent Pulpit Is Not God's Pulpit 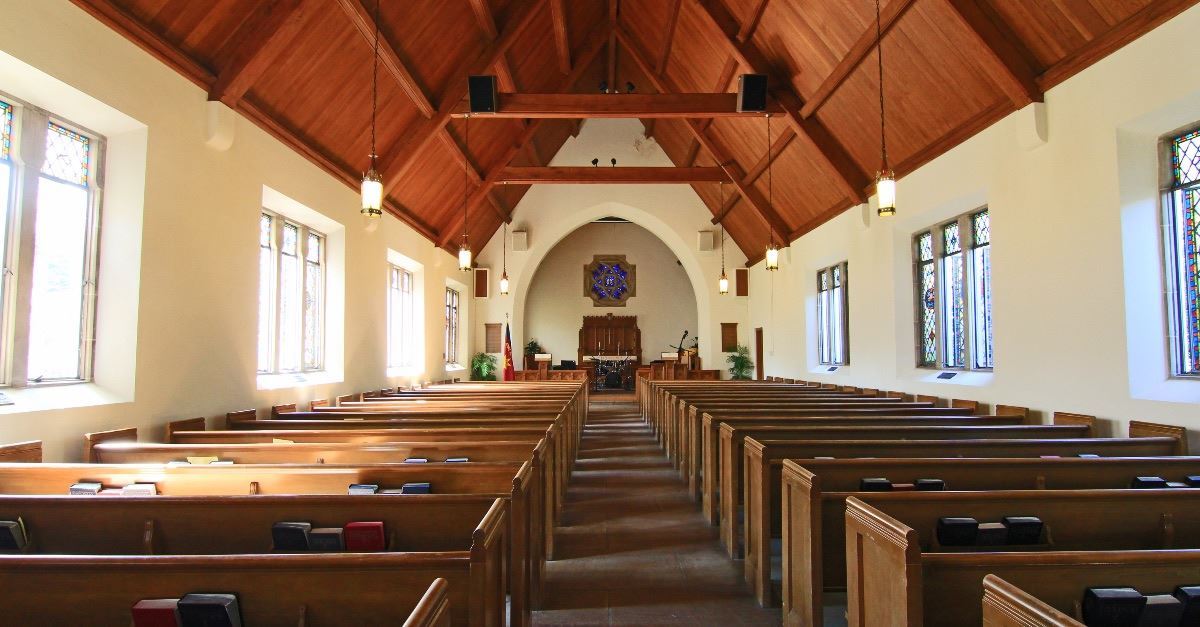 The Silent Pulpit Is Not God's Pulpit

In light of a recent Barna survey suggesting that pastors are afraid to tackle moral issues, I was pleased that Dr. Michael Brown asked me to be on his show regarding why the pulpit is silent? The interview is below.

I’m an avid reader of books about revivals and spiritual awakenings written by those who actually experienced them. Ironically, many, if not all, say that we must preach and proclaim God’s Word with authority if we are to experience true revival. The New Testament also bears this out—without authority and power from on high, words are lifeless. There is nothing to fear when preaching the truth. God ordained it, and He blesses it. He desires that all men “come to the knowledge of the truth” (I Timothy 2:4). Samuel Chadwick (1840-1932), in his book, The Way to Pentecost, made this powerful proclamation, “Truth without enthusiasm, morality without emotion, ritual without soul, makes for a Church without power.” Authority is not a dreadful, unpleasant word—it’s a powerful word. When God gives people authority to passionately and lovingly proclaim His Word, souls are converted, lives are changed, and families are restored. Sadly, this is lacking in our day.

Where are the Isaiahs and Jeremiahs calling nations to repentance? Where are the Peters and Pauls who spoke with such authority that martyrdom did not silence them? Though they are dead, they still speak! Where are the Wycliffs who stood so unyielding for the truth that he was called The Morning Star of Reformation? Where are the Tyndales and Huss’ who were burned at the stake for simply declaring the truth? Where are the Luthers who, when asked to recant or face possible execution, said, “Here I stand; I can do no other”? Where are the John Calvins who shape the religious thoughts of our Western culture? Where are the John Knoxs who cried, “Give me Scotland [for the cause of Christ] or I die”? Where are the Whitefields who shook continents? Where are the Howell Harris’, Daniel Rowlands’, and Griffith Jones’ who preached with such passion during the Welsh revivals of the 18th century that we still honor them today?

I say again, “Where are they?” Where are the John Wesleys who said, “Give me one hundred preachers who fear nothing but sin and desire nothing but God, and we will shake the gates of hell?” Where are the David Brainerds who spent so much time in prayer that even the great Jonathan Edwards was convicted? Where are the Robert Murray McCheynes who, even though he died at age twenty-nine, was one of Scotland’s most anointed preachers—causing people to weep before even preaching a word (not emotionalism, but anointing)? Where are the Spurgeon’s who spoke with such authority that his sermons are read more today than ever before? Where are the D.L. Moodys who brought America to her knees? Where are the Evan Roberts’ who, during the Welsh Revivals of 1904-5, preached so powerfully against sin that people cried out, “No more, Lord Jesus, or I’ll die”? Where are the Puritans like Richard Baxter, who said with such humility, “I speak as a dying man to dying men”?

Where are men with uncompromising power and authority in the pulpits today? Granted, there are some, and I appreciate their ministry, but as a whole, the church is lacking. The one thing that all of the great men previously mentioned had, is the one thing that many are lacking—authority and the power of the Holy Ghost. They were also men of extraordinary prayer, brokenness, and humility. Men filled and clothed with power from on high. The men who do the most for God are always men of prayer. “Preaching, in one sense, merely discharges the firearm that God has loaded in the silent place” (Calvin Miller). “Preaching is theology coming through a man who is on fire” (D. Martyn Lloyd-Jones).

Pastors, we’d do well to revisit Jeremiah 23 regularly. Although this passage was written primarily to the false leaders in Jeremiahs day, the principle still applies to us—stand firm in God’s counsel: “‘Woe to the shepherds who destroy and scatter the sheep of My pasture!’ Says the LORD…they also strengthen the hands of evildoers, so that no one turns back from his wickedness…and to everyone who walks according to the dictates of his own heart, they say, ‘No evil shall come upon you’….” (cf. Jeremiah 23:1-32).

As the church falls deeper into self-reliance and further from reliance on God, our need for bold leadership has never been greater. Change will only occur when there is a strong conviction of sin, genuine faith, humility, and sincere repentance—may God grant us the wisdom and strength to proclaim these truths. We must stop confusing God’s patience with His approval and preach with conviction from the pulpits again. Watch the short clip: A loving appeal to pastors and preachers to preach the Word.

My interview with Dr. Brown is a must hear: