The Peril of Megachurches: Political Correctness 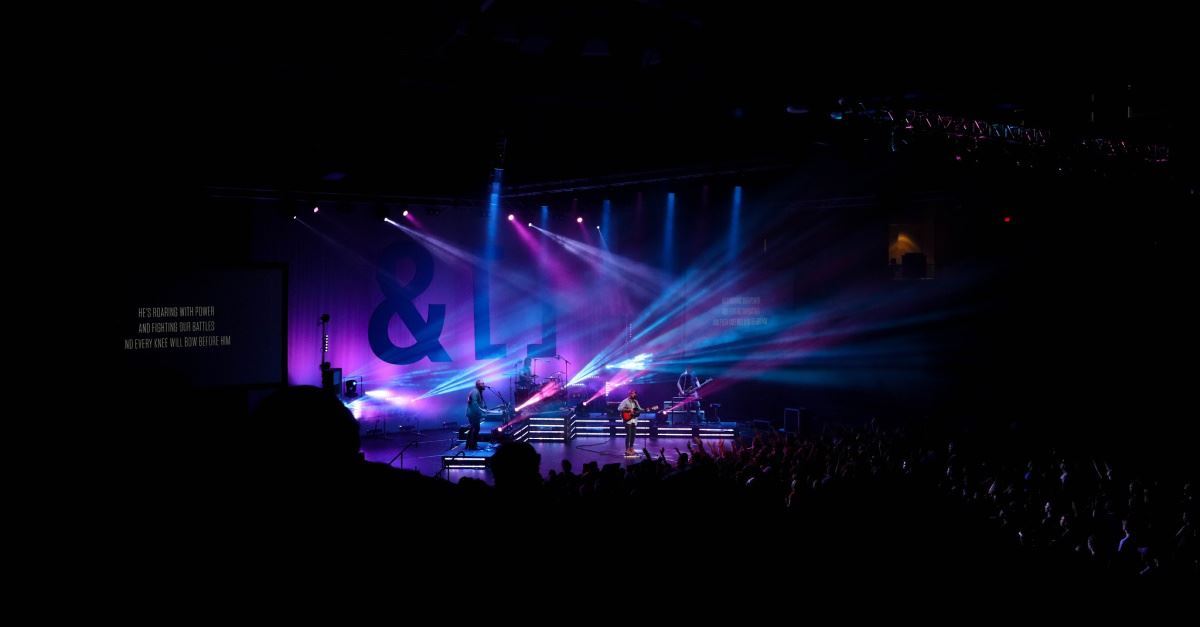 The Peril of Megachurches: Political Correctness

By the title you might assume I’m against megachurches, I’m not. God often blesses a work, and a church grows, but there is not a one-size-fits-all approach. Some megachurches are doctrinally sound, filled with excitement and expectations, while others have a mere motivational speaker leading them away from theological depth and width.

In the past, many churches could avoid hot-topic issues, but not today. A clear line of demarcation is being drawn in the sand. Many pastors are choosing between political correctness and biblical faithfulness, between crowd appeal and crowd conviction, between tickling the ears and challenging the heart. Hear more here on why kingdoms are colliding.

Whether the megachurch is in California, Georgia, or New York, it’s sad to see many pastors concerned about offending their audience. After all, whoever has the most social media followers, campuses, or sermon downloads is the way to gauge success, right? Wrong. God judges faithfulness—faithfulness to His Word.

Truth about marriage, abortion, socialism, and national security is often neglected, watered-down, or avoided altogether in the hope of not offending members. Please don’t misunderstand: many megachurch pastors are doing great things, from Chuck Swindoll, Tony Evans, and Jack Hibbs to Jack Graham, Greg Laurie, and Jim Cymbala—we feature many of them on the WCF Radio Network—but as a whole, many are audience-driven, not God-inspired.

As an example of this seismic shift, a few years back a major publisher approached me about writing Desperate for More of God. After submitting the manuscript, I was told, "I’m sorry, but it doesn’t meet a 'felt-need'." The editor continued, “The chapter, ‘The Desperate Need For Truth,’ isn’t relevant. People aren’t concerned about truth.” Bingo . . . he nailed it. That’s exactly the problem: we are asking what do people want rather than what they need. Looking back, I praise God that my manuscript was turned down because now I can offer my books as free downloads.

I love my fellow pastors. We feel the pain of parents losing a child to an overdose, marriages crumbling under our watch, and more tragedies than we can count. But at the end of the day, we are not just shepherds, we are also watchmen. We are to uplift and encourage and also convict. There are times when the saints must be fed, and there are times when the sinners must be warned (C. H. Spurgeon). When we fail to proclaim God’s Word faithfully, we run the risk of becoming politically correct and “perverting the words of the living God” (Jeremiah 23).

This is exactly what we are seeing today—many pastors don’t want to offend a certain political party, so they’ll take a neutral approach. But truth is not “neutral” when it comes to absolutes—it’s solid and unyielding.

Additionally, many think that politics is to pastors what kryptonite was to Superman: STAY AWAY! But our political system was ordained by God; it oversees the affairs of men. The institution of government was created by God to govern man—to protect, defend, and administer justice. Many of the Founders were ordained ministers; they understood that faith should impact all areas of life. Leadership matters!

Those who challenge America’s history often acquire their information from “revisionists” or from “secular interpretations” concerning what the Founders believed rather than looking to the Framers’ original writings. Revisionists often use omissions, broad generalizations, and half-truths in order to rewrite history—to take the exception and portray it as the rule. Listen to my interview with a Democratic politician to hear more.

The question often arises then, “Can we legislate morality?” No and yes. No, we cannot change a person’s heart by forcing a set of laws or rules upon them, but we can restrain evil and deter wrongdoing. We should all strive to defend the weak and the fatherless, maintain the rights of the poor and oppressed, and deliver them from the hand of the wicked (Psalm 82:3–4).

We don’t have to abandon our ethics or compromise our principles to be involved in politics—what good is salt left in the shaker or a light that is hidden? Contextually, when Jesus referred to being “salt and light,” He was referring to holy living at the individual level, but the overlapping principle applies to all areas of life. Politics is not a bad word; in simple terms, politics refers to governing or leading a group of people.

Politics won’t save America, but to implement change and help others, we must take action. Politics, once focused largely on the economy, national security, and the deficit is now also tackling important moral concerns. These major issues have enormous implications, and to remain silent actually makes a statement that we are not concerned enough.

Unfortunately, we forget that apathy today will be our downfall tomorrow. Martin Luther King Jr. said, “The church must be reminded that it is not the master or the servant of the state, but rather the conscience of the state.” He continues, “If the church does not recapture its prophetic zeal, it will become an irrelevant social club without moral or spiritual authority.” What an insightful perspective, especially for us today.

I’m an avid reader of books about revivals and spiritual awakenings written by those who actually experienced them. Ironically, many, if not all, say we must preach and proclaim God’s Word with authority if we are to experience true revival. The New Testament also bears this out—without authority and power from on high, words are lifeless. There is nothing to fear when preaching the truth. God ordained it, and He blesses it. He desires that all people “come to the knowledge of the truth” (1 Timothy 2:4 NKJV).

America, if you want revival (which is our only hope at this stage in the depravity game), then the pulpits must stop asking “Will this offend my audience?” and start asking “Will my silence offend God?” Stop trying to be popular, relevant, and cool, and be filled with God’s Spirit. When God gives people the authority to passionately and lovingly proclaim His Word, souls are converted, lives are changed, and families are restored. Returning to His truth is our only hope.