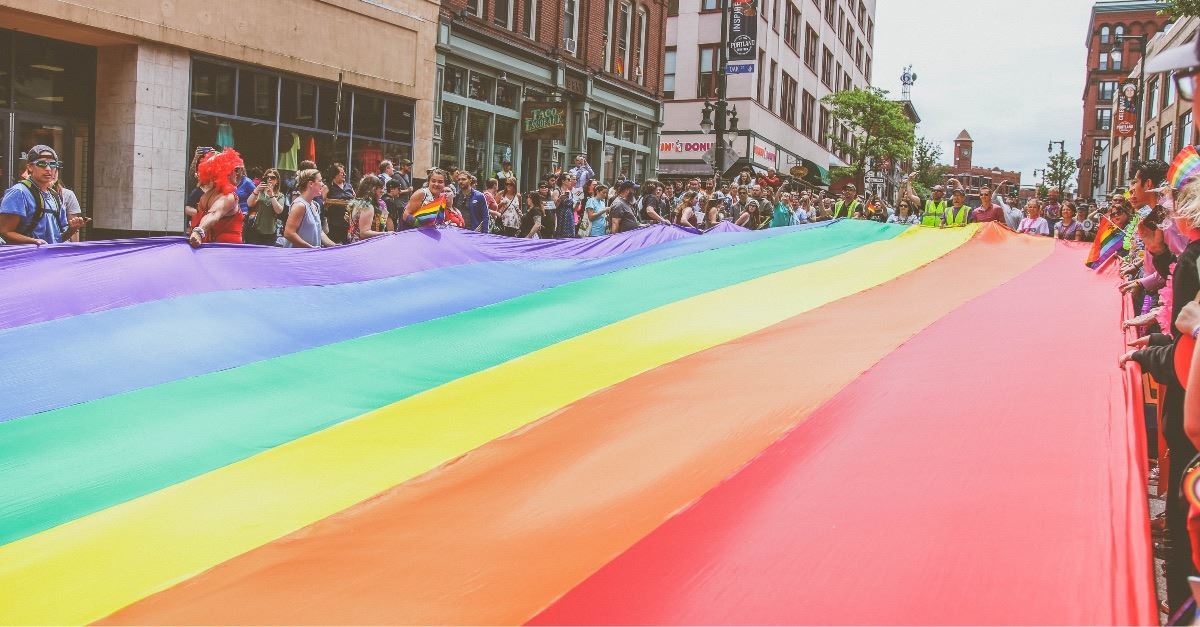 I so appreciate the heart of those on both sides of this debate. My hope is that readers will read the entire article before drawing conclusions. Those who strongly believe in the Bible and God’s will regarding sexual behavior also strongly believe in unconditional love and forgiveness. To say that authentic Christians hate homosexuals demonstrates a gross misunderstanding of the Christian faith. The ability to relate to people on their level, show genuine concern, and love them regardless of their lifestyle is a mark of true Christianity.

I know that many are truly sincere in their efforts, but the Bible is crystal clear on sexual sin, including homosexuality. Unfortunately, those with opposing views are often categorized as irrational, judgmental, bigoted, intolerant, and “anti-choicers.” Why are those pushing tolerance intolerable of opposing views? The reason is that this is not about tolerance or hate-speech but about pushing an agenda. In 2015 Joe Biden wrote: “Bakers, photographers, florists, and Christian retreat centers will participate in our same-sex weddings or be bankrupted.” In short, comply or pay the price, especially if the Equality Act becomes law.

The thought seems to be, If we can stop the voice of truth, silence the churches, and push our lifestyle on the culture, it will confirm that what we’re doing is right. But one can never silence the voice of conviction; we take it to our grave. No matter how many laws are passed in favor of homosexuality or how many corporations, communities, and counties embrace this agenda, it will not (it cannot) change God’s mind. This is why we must speak the truth in love. Opinions change, but truth does not. I had the privilege of discussing this topic with Lauren Green on Fox News; listen to the full audio here.

I recently heard that the cover of an insurance plan for county supervisors has two homosexual men holding hands walking down a path and that law enforcement is being asked to wear the rainbow flag on their uniforms during gay pride month. Not only have we crossed the line of morality, but this power play also forces those with opposing beliefs to either conform or be quiet. Again, they promote tolerance, but they have no tolerance for those with opposing views, pushing their agenda on everyone from kindergartners to those who protect and serve.

Think about this: pride is the downfall of nations, yet we flaunt it in the face of anyone who disagrees. Sexual sin is glamorized, and the rainbow is used as a logo. Have we forgotten that the rainbow is actually a reminder of God’s judgment against rebellious people? Let’s make sure we properly understand what we are promoting and supporting. Using the word pride with the rainbow is shaking our tiny fists at God, taunting Him while abusing His grace. This is a very clear picture of aggression and hostility.

LGBT pride apparently has power because everyone from corporate America to county officials feel the need to bow their knee to political correctness rather than biblical truth. We are now picking up the pieces of a broken nation, and it’s reflected in our laws, our personal lives, and in our children. America’s moral heartbeat has ceased because we have crossed the line. It’s one thing to express your views personally, but why are fire departments and police stations caving into political correctness in Los Angeles? Because a few loud voices are demanding tolerance? Why are major hospitals and corporations pushing (yes, pushing) this agenda on their employees, encouraging them to attend and celebrate gay pride?

California . . . America . . . wake up! Your apathy speaks volumes, your silence is deafening. Pastors, shame on us. A clear line of demarcation is being drawn in the sand. Many pastors are choosing political correctness over biblical faithfulness, crowd appeal over crowd conviction, and tickling the ears over challenging the heart. After all, whoever has the most social media followers, campuses, and sermon downloads is the way to gauge success, right? Wrong. God judges faithfulness—faithfulness to His Word.

Are you preaching His Word (all of His Word) faithfully? I’m amazed at how many full-length sermons I hear from pastors in Georgia, North Carolina, New York, and so on who talk about everything but sin and repentance. They pump up the crowd, but no one repents. They want to be funny and cutting-edge, yet they are devoid of spiritual power. (Hear more here on why kingdoms are colliding.)

It’s no surprise that our nation—and the church—desperately need to hear “the voice of one crying in the wilderness” to awaken, convict, and restore. It was not so long ago that we were concerned about the fall of America. America cannot fall because she has already fallen. We need resuscitation, renewal, and revival of the truth. Our conscience as a nation has been seared. Returning to God is our only hope!

Again, those who strongly believe in the Bible and God’s will regarding sexual behavior also strongly believe in unconditional love and forgiveness. Turn to God today, and let Him save, define, and encourage you. He will never leave nor forsake you if you repent of your sins and believe that Jesus took your place on the cross and paid the penalty of sin for you. Read more here at Can a Person Be Gay and Still Be a Christian?