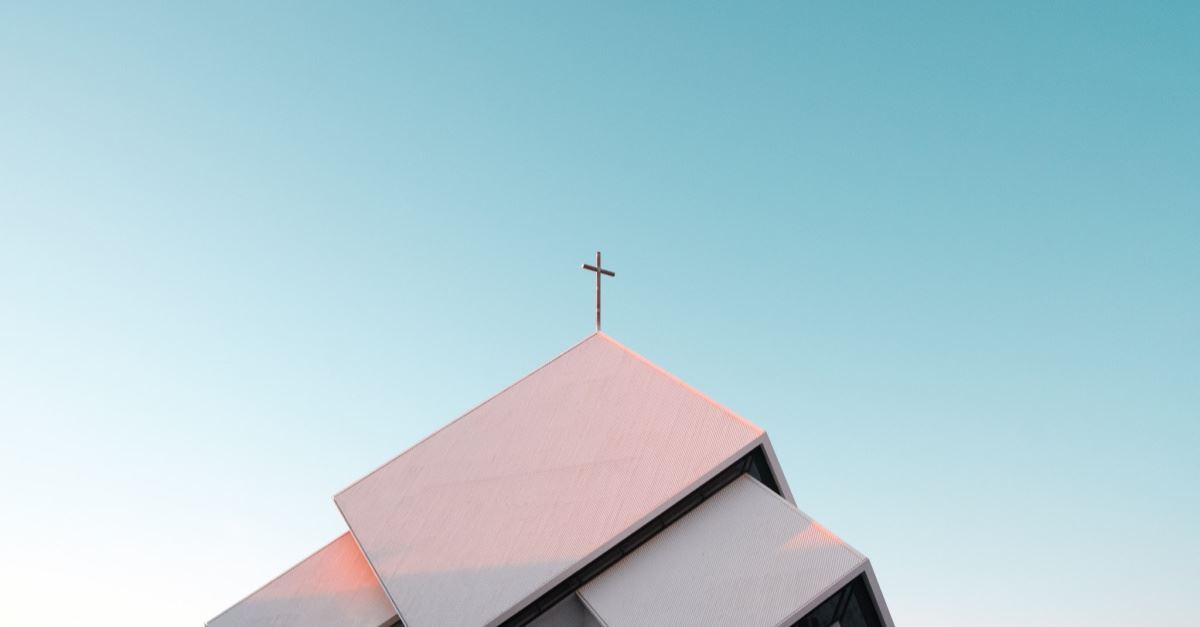 (RNS) — It’s become common among some Protestants — and especially evangelicals — to call themselves “Jesus followers.”

Not Christians. Not Baptists or Pentecostals. Not members of the Presbyterian Church in America or the Anglican Communion. Not Wesleyans or Methodists or Lutherans.

I appreciate the spirit behind the moniker.

Christians want our first loyalty to be to Jesus, not a particular institution or tradition.  But I am wary of referring to myself (or anyone else) as simply a “Jesus follower” because no one follows Jesus in some pure, individual way, free of institutional ties or a larger and longer tradition.

I understand the desire to wash our hands of denominations. Linking ourselves to older institutions implicates us in past and present evil, and the damage caused by bickering and splintering within denominations can scarcely be overstated. The 20th-century evangelical rallying cry of “doctrine divides” is, in some sense, self-evidently true.

In reaction to the pitfalls of denominations, the mid-20th century birthed the baby boomer phenomenon of the “nondenominational megachurch.” American evangelicalism saw a rising tide of churches that were explicitly or implicitly anti-doctrinal and nontraditional, focused on relevance, extraversion, positivity, attractional style and seeker-sensitivity. Often these churches are helmed by a charismatic male head-pastor.

It is in this milieu, in 1975, that Bill Hybels started Willow Creek Community Church, and it quickly grew to be one of the largest churches in America. Willow Creek’s growth — and its ability to creatively and effectively address the needs of its community — is due, at least in part, to its entrepreneurial commitment to innovation and experimentation.

But what happens when innovation backfires? What do you do when a nondenominational megachurch is largely centered on a celebrity pastor and that pastor falls?

In this dark moment, Willow Creek leadership turned, not to other celebrity pastors, nor to other nondenominational megachurch heads, but to denominational and institutional leaders.

Willow Creek formed a four-member advisory board to investigate allegations of sexual misconduct against its former pastor last fall.

Two of the board members were top-level denominational leaders: Jo Anne Lyon, general superintendent emerita of The Wesleyan Church, and Gary Walter, past president of the Evangelical Covenant Church. Two others were leaders of evangelical institutions: Margaret Diddams, provost of Wheaton College, and Leith Anderson, president of the National Association of Evangelicals.

Their recent report found that most of the allegations against Hybels — mainly of sexual harassment, sexual misconduct and the abuse of power — were credible. The report also found that Willow Creek’s elders and the leader of the Willow Creek Association, a network of churches where Hybels also played a leading role, failed to hold him accountable.

Yet because Willow Creek was an independent congregation — which endorsed and promoted Hybels as a pastor — the report ended by saying there was nothing the church could do to further discipline Hybels.

He left the church last spring. And since he is no longer an employee, the report concluded, the church no longer had oversight of him.

But a former pastor isn’t just another ex-employee.

Denominations, however imperfect, often have more robust accountability measures in place for their leaders (these measures do not rely on close friends or parishioners of the accused).

As merely one example, in my denomination, a bishop can “inhibit” a church leader from future ministry or an ecclesiastical court — comprising both ordained and lay members — can conduct a trial and decide to depose a clergy person altogether (more commonly known as being defrocked). His or her ordination would be revoked and there are systems in place to ensure he or she would never be a leader in any other Anglican church.  (If a leader is accused of a crime, he or she is also mandatorily reported to civil authorities for investigation.)

The point of church discipline is both to help bring the accused person to repentance and also to protect the larger, global church body from harm.

I wonder if the Willow Creek crisis signals a tacit end to nondenominationalism as a model for future church planting. Certainly, a conversation is brewing among evangelicals about the need for healthy institutions and older traditions as we navigate our future.

Clearly, there is a kind of denominationalism that is corrosive and corrupting. Likewise, institutionalism, the idolatry and self-protection of institutions, has produced massive evil. As allegations against several evangelical celebrity pastors came to light last summer, a Pennsylvania grand jury released a report detailing large-scale sexual abuse of children and a massive systematic cover-up in the Roman Catholic Church. It’s utterly apparent that denominations and ecclesial institutions will not rescue us from sin and abuse of power.

Institutional failure — even massive failure as we see in the current Roman Catholic atrocities — does not invalidate the need for traditions or for ecclesial accountability any more than plane crashes render void the need for the Federal Aviation Administration.

To identify as Christians is to inevitably involve ourselves in a deeply human story — a long story of the church, marked by redemption and beauty and marred by violence and catastrophic failure. It is frankly humiliating to be part of a sinful institution; it puts an end to any pretense of moral purity and virtue signaling.

And maybe that humiliation is important to remind us that we, too, will fall into sin; we too will find ourselves on the wrong side of history; we too will flounder and fail to live up to the gospel we proclaim.

If our institutions are to embody the gospel, they must be open to critique and change. Their end must be not merely their own preservation but to seek truth, human flourishing and the protection of those most vulnerable.

If there is to be any future for evangelicalism in America, it must be a traditioned evangelicalism. Innovation and energetic entrepreneurship are strengths of the evangelical movement that keep a church from succumbing to the soporific fog of deadened institutionalism. But this innovative spirit only grows good fruit when it is the topsoil of a much deeper and richer tradition.

Alone, the anti-institutionalism and anti-traditionalism of evangelicalism produce roots that are too shallow to withstand the withering effects of modernity and consumerism.

I have several friends who call themselves “catholic evangelicals” (with a lowercase c). By this, they mean that they are seeking to hold together their own limited tradition — and the larger “great tradition” of the Christian church — with the best strengths of evangelicalism. As a favorite professor of mine (in my own interdenominational seminary) used to say, “Begin rooted in your tradition, and pivot from there.”

So I won’t call myself an evangelical, full stop, nor will I identify myself as merely a “Jesus follower.”

If you really press me, I’ll call myself an evangelical Anglican, and in my broken and imperfect tradition and institution, I hope to learn, more and more, how to believe, to repent and, by God’s grace, to follow Jesus.

(Tish Harrison Warren is an Anglican priest, writer-in-residence at Church of the Ascension in Pittsburgh and author of “Liturgy of the Ordinary: Sacred Practices in Everyday Life.” The views expressed in this commentary do not necessarily represent those of Religion News Service.)