Why Political Silence Is Not an Option for Christians 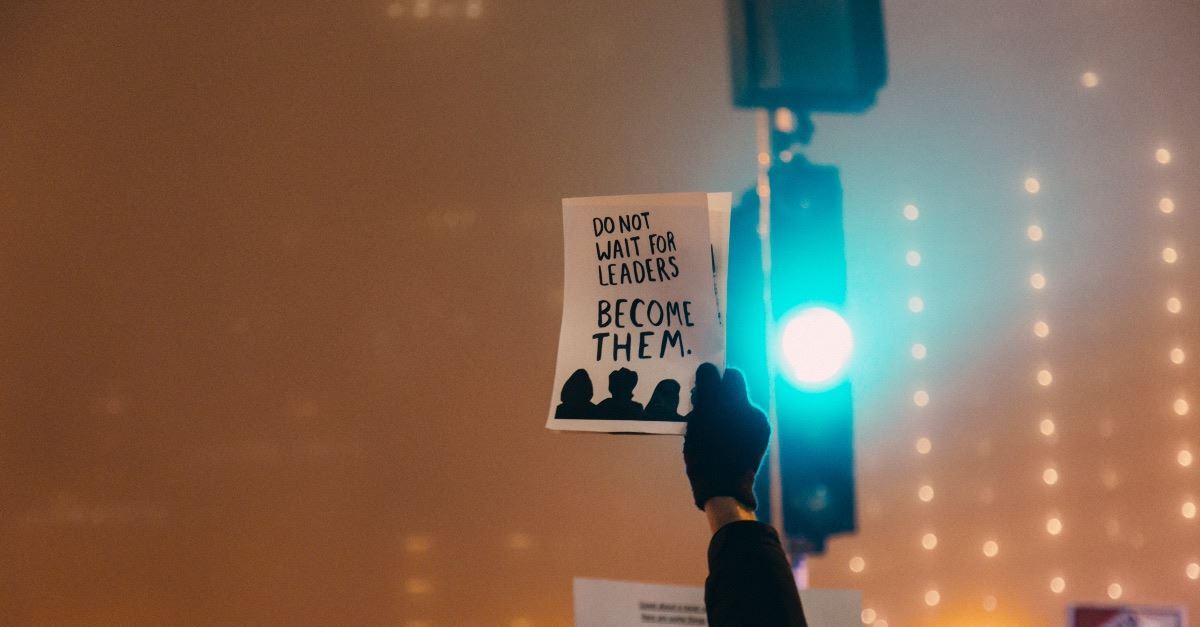 Why Political Silence Is Not an Option for Christians

“The men of Issachar had understanding of the times, to know what Israel ought to do” (1 Chronicles 12:32)

Excerpted from the book, One Nation “Above” God. Free download here.

We don’t have to compromise our principles to be involved in politics—what good is salt left in the shaker, or a light that is hidden? “Politics” is not a bad word. In simple terms, politics refers to governing or leading a group of people. Politics won’t save America, but in order to implement change, honor God, and help others, we must take action. To suggest that God does not want us to elect godly leaders and promote godly legislation runs contrary to His nature (cf. Romans 13). Silence is not an option.

1. Government is God-ordained. “We the people” are to lead according to God’s Word. Many say, “We don’t need to get involved. God will take care of everything.” Ironically, I’ve never seen that mindset when it comes to work and income. We work, or we don’t eat. God blesses hard work and diligence in financial matters; why wouldn’t He when it comes to leading a nation?

2. Apathy is not biblical. A believer should be involved in running for office, voting, and/or monitoring those in office to assure that they perform their duties.  The welfare of society often falls into the hands of the Christian community. For those who believe we should remain passive and silent, I challenge you to read the writings of the Old Testament prophets. They lamented, shed tears, and pleaded with the people and the leaders to turn from their sins and to turn back to God—they spoke the truth in love. Even Jesus wept for Jerusalem when He saw its destruction was near. Martin Luther King, Jr., in a Letter from Birmingham Jail on April 16, 1963, wrote, “We will have to repent in this generation not merely for the hateful words and actions of the bad people but for the appalling silence of the good people.” I hold the same opinion today.

3. We engage the culture or we lose. There is always a fight; the tides of evil will always wash against the shores of hope and peace. Silence is not an option. We can no longer hide behind the excuse, “I don’t want to get involved.” As citizens, we are given the privilege, for now, to place people in positions of leadership. Whether we like it or not, we are involved. Millions are not registered to vote, and millions of registered voters stay at home. We’ll stand in line to see a movie, but we won’t stand in line to vote and elect leaders who will affect the direction of our country. This makes a statement about what we value—and isn’t it sad. During this election cycle, register to vote and then vote your values. It really is that simple. Click here.

4. All laws impose morality onto others. The real question is “whose” morality prevails? You can’t legislate morality, but you can restrain evil and deter wrongdoing. God doesn’t need a supermajority, but He does need a humble minority. God’s call is not to Washington or Hollywood—“if My people humble themselves” (2 Chronicles 7:14).

5. The pulpits are not called to be passive. Granted, not everyone is called to the political arena, but all of those called to preach God’s Word must provide practical application on difficult matters. I often wonder if those who remain silent now would have also been silent in the 1800s in regard to slavery? Are these silent men truly filled with the Spirit of God? If so, where is boldness . . . where is righteous indignation that the Spirit provokes in us? When God gives people authority to passionately and lovingly proclaim His Word, souls are converted, lives are changed, and families are restored. Sadly, this is lacking in our day. As the church falls deeper into self-reliance and further from reliance on God, our need for bold leadership has never been greater. Change will only occur when there is a strong conviction of sin, genuine faith, humility, and sincere repentance—may God grant us the wisdom and strength to proclaim these truths. We must stop confusing God’s patience with His approval and preach with conviction from the pulpits again.

6. God’s Word is very clear on controversial issues. From “thou shalt not steal from citizens and future generations” to “thou shalt not murder innocent children.” If God is clear, why are many Christians vague or indifferent?

7. “I’m not voting for the lesser of two evils.” This statement is often used by those who want to remain silent, but it’s a flawed argument. We are actually voting for principles, not people—all candidates are sinners. In what direction will they lead our country? Even more importantly, what country will we leave for our children? A third party is not a bad idea, but at this point, it has little influence. When they receive votes, they take away votes from others.

Some time ago, I sat speechless as I listened to a man recount his trip to a holocaust museum with his young daughter. As they walked by photos of the death camps, gas chambers, and countless bodies piled one upon another, his daughter silently contemplated the horrors that were unfolding before her eyes.

When the tour ended, they drove home without saying a word. The father wondered if she truly understood the significance of the event. Was she too young to view such depravity? Was she too fragile to cope with the truth of the holocaust? Would it make a negative impact on her life? Would it leave her fearful and wounded? Would she begin to doubt God?

Will we hear those same haunting words from our children and grandchildren? Yes! If we fail to contend for what is right, we may see a time in our history when our children will ask, “Why didn’t someon    e do something?” Sadly, we will know the answer.

This article was originally pulished by Shane Idleman. Used with permission.