Why are Young Americans Flocking to Bernie? 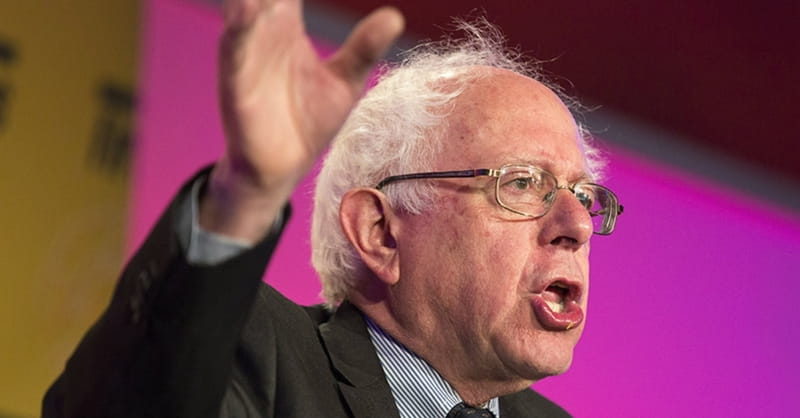 Why are Young Americans Flocking to Bernie?

But why don’t these young people understand TANSTAAFL (“There ain’t no such thing as a free lunch”)?

Their mistake is perfectly understandable. For eighteen, twenty, maybe twenty-five years or more practically all they’ve consumed has been free to them. Their parents have fed them, clothed them, housed them, medicated them, transported them, entertained them, educated them—done practically everything for them, and hardly asked for a penny (or a penny’s worth of service) in return.

And that’s as it should be. Parents are meant to take care of their children, to provide for them until they’re ready to begin providing for themselves—and eventually for their aged and disabled parents.

But during those growing-up years, no matter how much parents try to teach them TANSTAAFL in the abstract, their day-to-day experience shouts a different message: Most everything’s free!

So, how do we get the naïve, Bernie-worshiping youth of America to think a little more sanely?

Unless I’m very much mistaken, it wasn’t your next-door neighbors, it was your parents.

Is that because your neighbors were wicked, selfish, greedy, uncompassionate? No. You know your neighbors. With few exceptions, you know that’s not true of them. Though not perfect, they’re good, caring people, just like your parents.

But then why didn’t they pay for all your needs through all those years?

Because the free, just, and virtuous society, as Augustine put it in The City of God, is one in which everyone does “good to everyone he can reach. Primarily, therefore, his own household are his care, for the law of nature and of society gives him readier access to them and greater opportunity of serving them. And hence the apostle says, ‘Now, if any provide not for his own, and especially for those of his own house, he hath denied the faith, and is worse than an infidel’” [1 Timothy 5:8].

There’s a more subtle lesson here than the obvious one that nothing's really free. It’s the lesson that even good, loving, charitable people rightly care more, and are willing to spend more, for their own children, their own immediate family members, and their own extended family members, than for others. It’s part of the warp and woof of God-given human nature.

So when Bernie says he wants to give you free college and free health care, remember: What he’s really saying is that he wants to shift the burden for those things from you and your own parents, who obviously love you more than your next-door neighbors do, to people all over the country who don’t even know you.

If your next-door neighbors didn’t pay for your food, clothing, and other needs while you were growing up and unable to pay for them yourself, what in the world makes you think people across the country who don’t even know you will gladly pay for those or less necessary things now that you’re grown up enough to work for them yourself?

And if they won’t, why do you think your government’s going to succeed at forcing them to? And are you really willing for it to succeed that way—by force, with the implicit threat to imprison or even, if necessary to overcome resistance, kill each one who refuses?

In real life, TANSTAAFL. Nothing’s free, except the gift of eternal life, and even that, though free to us, was paid for by the infinitely valuable sacrifice of God Himself on the cross.

E. Calvin Beisner, Ph.D., Founder and National Spokesman of the Cornwall Alliance for the Stewardship of Creation, is the author of Prosperity and Poverty: The Compassionate Use of Resources in a World of Scarcity, an introduction to economics from a Biblical perspective, and former a former seminary professor of historical theology and social ethics.