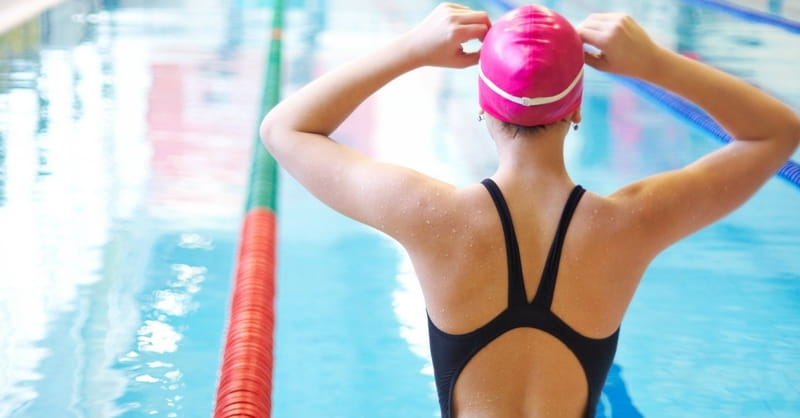 In alphabetical order, meet ten of the U.S. Olympic Team who are proud to be competing and to testifying to God’s glory as Christians.

The International Olympics Organization describes Simone Biles as “the new star of American gymnastics.” The 2016 Olympic Games is her first Olympic competition, but she has already broken world records.

In only three appearances, Biles became “America’s most successful female gymnast (14 medals), and the first to win 10 World Championships titles.”

A Roman Catholic, Biles says she leans on her Catholic faith before big events. “Before a big event, I usually go to church and light a candle for St Sebastian, who is the patron saint of athletes.”

David Boudia is a member of the U.S. National Diving Team who became a Christian in 2010. While in London for the 2012 Olympics, he told BeliefNet about his conversion experience. He said:

“In 2008, diving was my god. It was a forced competition. I needed to do well there if I wanted to do well later in life. But for this Olympics, I’m enjoying every moment, day by day because tomorrow’s not guaranteed. It’s more about what I’m doing to share my purpose but not forcing it on people. God is providing this platform so He can reveal Himself. Hopefully the sport will get more attention this year and hopefully God will get more attention out of the Olympics as well.”

He explains that becoming a Christian was a freeing moment. And, after he started reading the Bible, he began to understand “his purpose.” He says:

“Competition started to look a lot different. Competition is all about you. It’s about feeding your selfish needs. It feeds the depravity of your heart. You start to worry about what happens if you don’t win. You start to fear man because you want praise from man. You start thinking about how winning will lead to more money. There are a lot of sin issues inside of that. So now when I go into competition, I have to take my thoughts captive and use God’s Word to fight that battle. It’s totally freeing when I stay in tune with scripture. I don’t have to worry if I miss a dive. I go into competition and it’s like, ‘Praise God no matter what.’ If I do well, that’s awesome. I praise Him. If I don’t do well, praise Him even more. Competition looks way different now.”

Bromell’s Twitter account bio highlights John 3:30. (“He must become greater; I must become less.”) And this perspective has carried him through many challenging situations. As a high school athlete Bromell suffered hip, knee, and forearm injuries. But he recovered.

Then, before qualifying for the 2016 Olympics, Bromell tore his achilles tendon. Such a tear could have been a career ender.

But he and his mother knew God had other plans. He told NBC News:

“I came in here banged up a little bit, but I knew God healed me, so I just had to run my race. I know God can make anything happen. So my mom told me that it was healed. She said, ‘God took care of it.’ And so He did.”

Gabby Douglas was the first black woman in history to win an individual all-around Olympic Games competition. And she was only 16 years-old. Even then, her athleticism, humility, and wisdom surpassed her young age. She said, she couldn’t take credit for the talent God gave her.

Douglas overcame being homeless– and a life threatening illness at a young age. Then she went on to the Olympics. For that, Douglas says, she cannot help but praise God. She told The Christian Post:

“It was definitely important for me to praise God because he’s given me this God-given talent to go out there and represent him and share my faith with everyone. I mean I’m not going to hold it in because he’s blessed me so much throughout my gymnastics career. He’s woken me up every single morning and he’s just been so great to me, so I’m going to go and share it with everyone because it’s a part of me and it’s just who I am.”

In 2013, Kevin Durant was baptized at Hillsong Church, New York City by Pastor Carl Lentz, after professing faith in Jesus Christ. Baptist was a life-changing event he said.

“When I came out of the water, I just felt different. Basketball is so important to me and I carry that emotion with me all of the time and before that I would be so mad at the smallest things. My coaches, my teammates, my fans. After that, I was just so positive. Showing God [and] his grace.”

Allyson Felix is already an accomplished Olympic Gold medalist. She told Beyond the Ultimate, an organization dedicated to sharing Christian athletes’ testimonies, that she accepted Jesus Christ into her life at a young age, but “is still a work in progress.” She says:

“I came to know Jesus Christ as my personal Savior at a very young age. Ever since then, I have continually been striving to grow in my relationship with God. I was nowhere close to the perfect child. I had my share of difficult times along with some disappointing choices that I made, but thankfully God never stops loving me.”
If she’s not running on the track, she says:

“My goal is to be more Christ-like each and every day and that is not an easy task. I know that I’m trying to be something different from [other Olympic runners] and after I run I hope that people can distinguish [Christ-like] character in the way I present myself.”

Missy Franklin qualified for the 2008 Olympic trials at the age of 13.

Then, when she tried out for the 2012 Olympic games, Franklin became the first woman in history to qualify for seven Olympic events.

Franklin told Charisma Magazine that “God is present at the Olympic games.” She explains:

“Once every four years, athletes, families, friends and fans come together from all over the world. I know God will be there and I hope many of the people there will also feel His presence. He will offer us the opportunity to appreciate and love our similarities and differences."

The leader of the U.S. Women’s Soccer team is a rock star. Two-time Gold medalist Tobin Heath is a midfielder who loves playing soccer. But she loves something else even more– expressing the love of Jesus Christ to others. She told Beliefnet:

“If you see being a role model as a platform where you can pour into others for Jesus with love, that’s where I want to be. Becoming known or noticed in my sport isn’t what’s drives me to work hard and want to be the best I can be. It’s Jesus. That’s why I play. I play to glorify Him.”

Heath adds that her faith helps her stay motivated both on and off the field. She says:

“I try to keep that as my motivation when I step out on the field every day whether it’s practice or a game. It’s to work as hard as I can in thankfulness for what He’s given me and hopefully some of that can come back to Him.”

No one needs an introduction to Michael Phelps who has broken every world record and Olympic record in swimming, even his own. He is the most decorated Olympian in the history of the games. What many people may not know is that Michael Phelps is a Christian who credits God with saving him from committing suicide.

After achieving international fame that comes with winning more gold medals than anyone else in history, Phelps struggled with substance abuse. He also struggled with the emotional fallout of family issues in 2014. All of the pressure and success and personal struggle avalanched to a point where he thought dying would be better than living.

But God had other plans. Phelps’ Christian friend and athlete Ray Lewis gave him Rick Warren’s The Purpose Driven Life. He expressed his gratitude in an ESPN broadcast for his newfound faith. He says:

“It’s turned me into believing that there is a power greater than myself and there is a purpose for me on this planet…I think it helped me when I was in a place that I needed the most help.”

This is putting it modestly. Watson is the only pro-golfer to have won two Masters Tournaments in three years, “becoming the fastest golfer in history to win his second green jacket. He bested Horton Smith, who won his second Masters on his third attempt in 1936, and Jimmy Demaret (1947) and Arnold Palmer (1960), each of whom needed six starts.”

Despite this, however, Watson says, golf comes after his Christian faith.

According to The Billy Graham Evangelistic Association, since getting baptized in 2004, Watson is “getting more in the Word and realizing that golf is just an avenue for Jesus to use me to reach as many people as I can.”

Becoming a Christian has helped him curb his temper and to be a stronger witness for Christ. Citing Christian rapper Lecrae, Watson says:

Bethany Blankley is a political analyst for Fox News Radio and has appeared on television and radio programs nationwide. She writes about political, cultural, and religious issues in America from the perspective of an evangelical and former communications staffer. She was a communications strategist for four U.S. Senators, one U.S. Congressman, a former New York governor, and several non-profits. She earned her MA in Theology from The University of Edinburgh, Scotland and her BA in Political Science from the University of Maryland. Follow her @bethanyblankley facebook.com/BlankleyBethany/ & BethanyBlankley.com.