Faith-Based Dorms: A Refuge, Not a Fortress 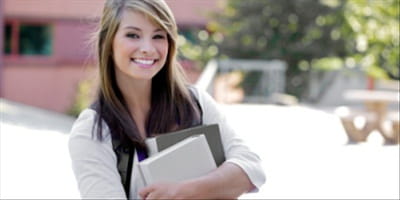 Faith-Based Dorms: A Refuge, Not a Fortress

(WNS) -- As WORLD has reported, Troy University in Alabama is facing verbal and perhaps legal challenges from the Freedom from Religion Foundation (FFRF) over its new “faith-based” dorm scheduled to open this Friday. Troy is not the first secular higher-learning institution to offer faith-based student housing; it’s a minor trend among colleges and universities nationwide, led by the Newman Center (the campus ministry of the Roman Catholic Church) and echoed by the Methodist Wesley Foundation. That might be why the FFRF decided to take action.

Since all these new dorms are privately funded, like denominational student ministries everywhere, it’s doubtful that the FFRF will get anywhere with its legal action. And the idea is popular. Troy University Chancellor Jack Hawkins noted excitement among the students, but even more among the parents: “They want their children to live in a safe place, in a place where academics are first and foremost, but values are also important.”

That’s an understatement. Binge-drinking, incessant partying, and the hook-up culture on campuses has parents craving a “safe place” where their kids can hang out with like-minded students and not be subject to drunken roommates blundering in at 2 a.m. But cautions are in order.

First, segregation is no guarantee of purity. Many parents have sent their kids off to Christian colleges only to discover there are students who know where to find the best parties and professors who can undermine faith in countless subtle ways. The main problem is in the individual heart, not the surroundings.

Second, segregation is no guarantee of safety, particularly when it comes to safeguarding faith. Of all religions, Christianity belongs in the marketplace, as a comprehensive system that speaks to the inner man as well as to every form of human endeavor. It is intensely private and outspokenly public. It changes hearts and societies. It thrives when challenged, and a college campus can be the ultimate challenge. I agree in principle with a Huffington Post reader who commented, “If your religion can’t survive discussions with other students about their beliefs or lack thereof, it will die off eventually anyway.”

Our religion will survive because we are not responsible for its survival — God is. That said, parents need to take very seriously the outright hostility toward Christianity that’s now common in academic circles. We are eager, perhaps a bit desperate, for some segment of that culture to support us, but we can’t count on it. I’ve known plenty of Christian young people — or at least kids from Christian homes — who went dangerously astray at a secular university. A faith-based dorm or an active Christian student center, if the college is blessed enough to have one, can be a welcome refuge, but it’s no substitute for adequate preparation. Prepare them to be countercultural — a position that has its own drama and romance, especially for youth. Long before they set foot on campus, make sure they can stand up to Marxist/naturalist/secularist arguments, make sure they’re accountable to a local church, keep the lines of communication open, and pray — hard.