Why a Man Bought 100 Generators: The Urgency of True Community 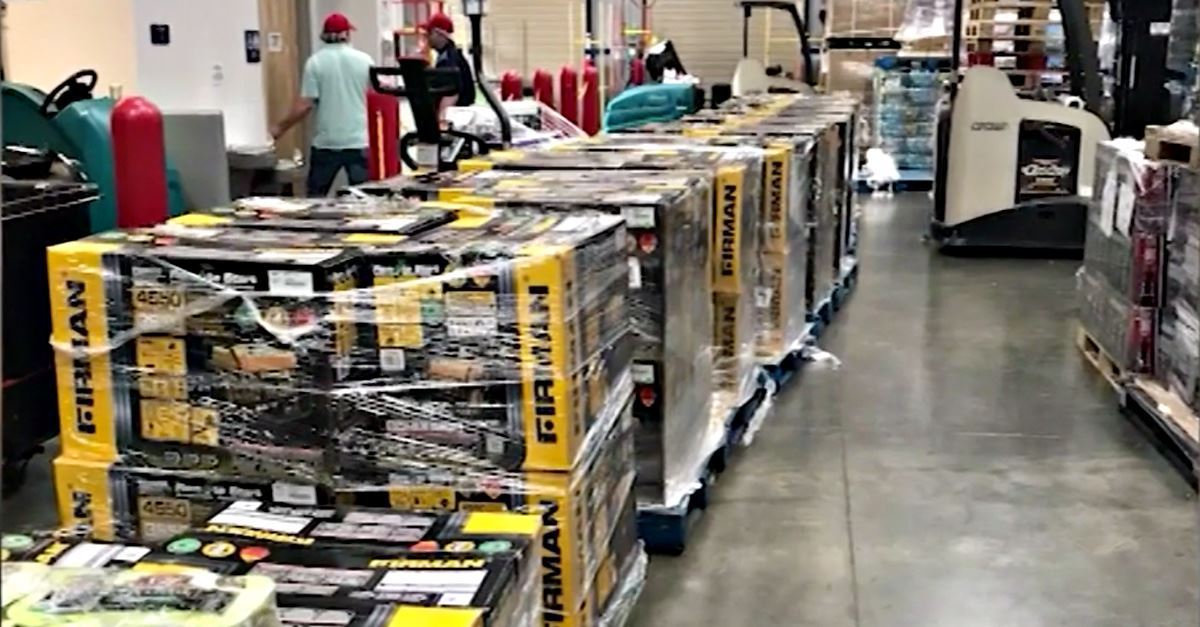 Why a Man Bought 100 Generators: The Urgency of True Community

He sent them all there by boat, but that’s where the story ends. He doesn’t want to be named, asking that people focus on helping those affected by Hurricane Dorian.

Meanwhile, a six-year-old boy in South Carolina was saving up for a trip to Disney World when Hurricane Dorian struck the US. He decided to use the money to feed evacuees instead.

While the storm is expected to finally dissipate tomorrow, its effects will be felt for years. As will the goodwill of those who chose to serve those in need.

When we extend our community to hurting people, we change their world and ours.

Why we play tennis but watch football

The US Open tennis finals were played over the weekend as well, with Serena Williams losing to Bianca Andreescu in an upset on Saturday and Rafael Nadal edging Daniil Medvedev to win his nineteenth Grand Slam title on Sunday. Last year’s women’s final drew three million viewers; the men were watched by two million.

Nearly eighteen million Americans play tennis, while there are just over one million football players of all ages in the US. And yet, football dwarfs tennis as a spectator sport.

I think I know one reason why.

We in Dallas like to say of the Cowboys when they are victorious that “we” won. We find enormous solidarity and community with our favorite team. If the Cowboys lose, however, I’ve noticed that many of us say “they” lost.

In an existentialist culture that focuses on the individual above all else, football is the optimal community experience. We can claim ownership of the team we choose when we choose. We can even engage in fantasy football and video football leagues.

But, if our team loses, we can disown them with the change of a pronoun.

So-called “deaths of despair” from drugs, alcohol, and suicide have reached a record high. Loneliness and social isolation are epidemics and can be as damaging to our health as smoking fifteen cigarettes a day.

The great need of our day is for the kind of genuine community only Christianity offers.

Note that the word is spelled community, not communiformity. Uniformity is often forced and enforced. Unity happens when we find common cause in a common foundation, purpose, and future.

The earliest description of the earliest Christian community was simple: “They devoted themselves to the apostles’ teaching and the fellowship, to the breaking of bread and the prayers” (Acts 2:42). “Devoted themselves” translates a Greek term that means to be “focused exclusively and passionately upon.” These four commitments were their highest priorities.

Note the definite articles: “the apostles’ teaching,” “the fellowship,” “the breaking of bread,” and “the prayers.” Each is present in the Greek original. They show us that the Christians’ unity was not found in individualistic experiences but in collective spirituality.

These four commitments, made in public community, empowered the first Christians to change history.

“All tribes and peoples and languages”

Such unity reflects the nature of our God and of the humans he created. Our Lord experiences eternal internal community as Father, Son, and Holy Spirit (cf. 2 Corinthians 13:14). And so he said, “Let us make man in our image, after our likeness” (Genesis 1:26). Not “men” but “man,” referring to humanity as one.

It will be at the heart of our eternal worship in heaven, where we will gather with a “great multitude” from “every nation” and “all tribes and peoples and languages” (Revelation 7:9).

A coal must touch other coals

If you take a coal from the fire, it goes out. If it touches other coals, it stays lit.

How aflame is your soul today?

NOTE: North Texas Giving Day is next week, on Thursday, Sept. 19. However, you can choose to schedule your gift today (and anyone in the world can give). You’ll hear more from us in the coming days about the importance of North Texas Giving Day to the vision of Denison Forum, but if you already know you’d like to give, please consider giving today.