What Jeff Flake Says about Our Nation 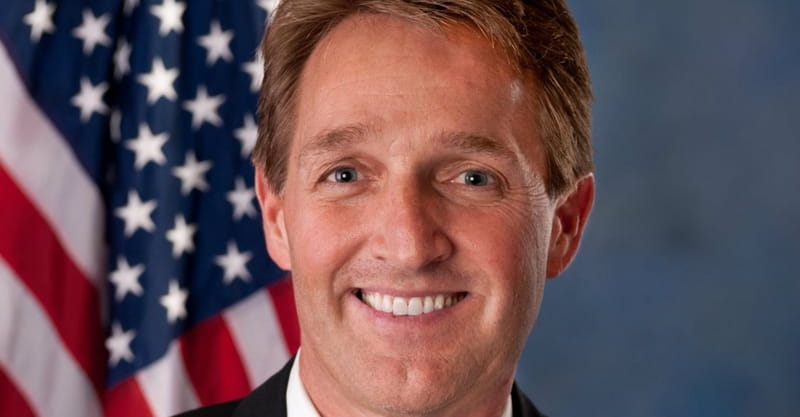 What Jeff Flake Says about Our Nation

For many of us, Jeff Flake was a relatively unknown senator from Arizona until Donald Trump came to office. Since then, he has become a face for the conservative opposition to the kind of politics that have defined the president’s term to date. His recently published book, Conscience of a Conservative: A Rejection of Destructive Politics and a Return to Principle, continues to cause a stir among those on both sides of the aisle.

James Hohmann of The Washington Post called it “the most courageous conservative rebuttal of Trumpism yet,” while others, like Mark Levin and Brent Bozell, have called him a “liberal” and an “impostor,” respectively. I haven’t had the chance to read Rep. Flake’s book yet and will reserve judgment on it until I get the chance to do so. I’d encourage you to do the same rather than make definitive judgments based on excerpts and secondhand statements.

Rather, my purpose today is to look at the environment in which a sitting senator of the same party as the president felt he needed to publish a book denouncing the commander in chief. Such a move is largely unparalleled, especially considering that Flake’s Senate seat is up for grabs in next year’s elections, and President Trump has already reportedly offered support to conservative candidates thinking about running against the senator. It speaks volumes about Flake’s assessment of the political climate that he felt the risk of losing his seat was worth the potential reward of bringing about what he deems to be necessary changes.

Chief among those changes appears to be the belief that the Republican party has prioritized politics over convictions, embracing the partisan belief that the other party’s “failure would be our success and the fortunes of the citizenry would presumably be sorted out in the meantime.” He traces that belief back to the Republican response to Obama’s first term. Lest we make the mistake of thinking it’s solely a Republican problem, however, the now-minority Democrats have often embraced a very similar tactic since Trump came to office.

The reality of the situation is that anytime we equate another person’s loss with our gain, we have strayed from the path to which God has called us. In the Sermon on the Mount, Jesus called for us to be peacemakers who love our enemies and pray for those who stand against us (Matthew 5:9, 44). That doesn’t mean conceding every point or giving in to the other person regardless of one’s convictions and beliefs. It does mean, however, that when a peaceful solution that can help all involved is possible, we make whatever efforts are necessary to achieve it, even if that means more work and mutual sacrifice.

That perspective is sorely missing on both sides of the aisle in Washington, but one of the chief reasons is that it’s also missing in our own cities and neighborhoods. If our representatives feel like politics must be a zero-sum game in which their victory is incomplete without a clear loss on the other side, then it’s only because that is the standard to which we hold them. We can bemoan the state of our government and the environment in which decisions are made, but any lasting change must start with us.

If we can commit to being peacemakers in our everyday lives, remembering that the ultimate victory is one in which neither side feels truly defeated, it will eventually trickle up to Washington.

Will you play your part?