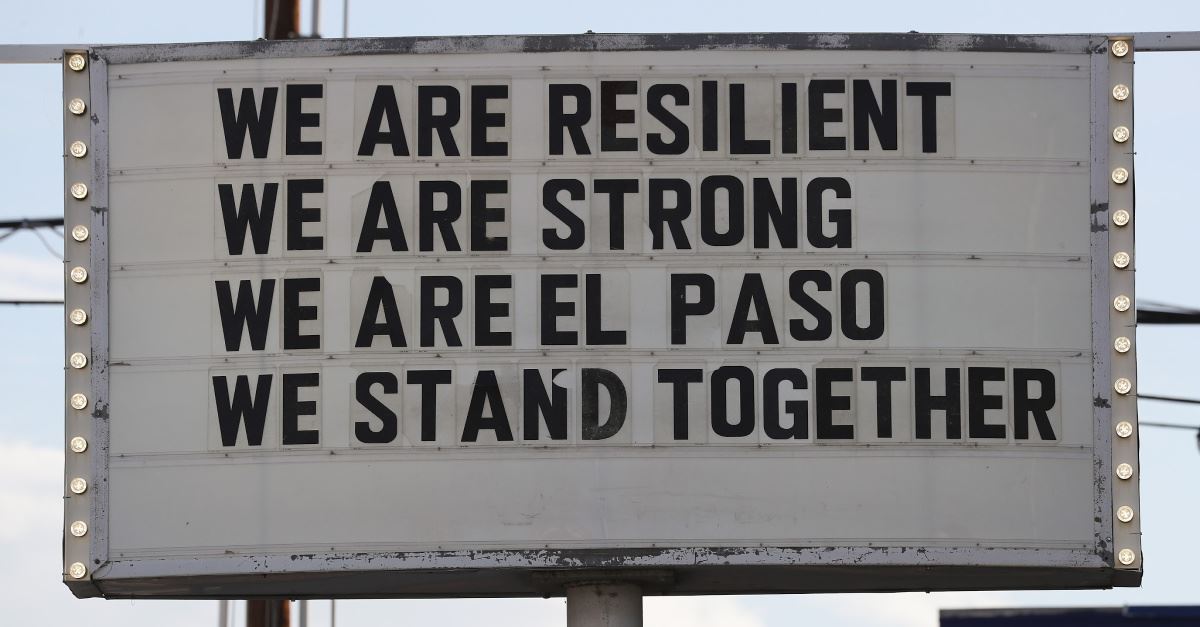 Note: I want to express my deep gratitude to my son, Ryan Denison, for writing The Daily Article while my wife and I were on vacation. Ryan’s insights were biblical, profound, and practical. I am honored and grateful to share this ministry with him.

These are some of my emotions this morning. But surprise is not among them. And that is one of the tragedies of these tragedies.

A man opened fire at an El Paso shopping area Saturday morning, killing at least twenty people and wounding twenty-six others. He was apprehended at the scene.

Early the next morning, another shooter opened fire, this time in an entertainment district in Dayton, Ohio. At least nine people were murdered, including the gunman’s sister, and twenty-six others were wounded. The shooter was killed by police.

There have now been 251 mass shootings in America this year. And 2019 is little more than seven months old.

A murderer living twenty minutes from my home

Watching the national reaction to these tragedies, it seems to me that despair has captured our collective soul.

We are afraid that no place in America is safe today. We can’t put metal detectors at every store, mall, movie theater, and office building. And even if we did, murderers would just attack us in the parking lot.

A young man living in Allen, Texas (twenty minutes north of my home) drove ten hours to massacre people in El Paso and is now one of the most infamous mass murderers in American history. Perhaps someone living in your community will be next.

On a morning like this, it’s easy to wonder how the Christian message can possibly be relevant to the crisis of mass shootings. How can the gospel protect us from the next massacre? How can it make a difference in this epidemic?

What mass shooters have in common

Tomorrow, I plan to answer our question in the context of the racist worldview that reportedly motivated the El Paso shooter. For today, I’d like to respond more personally.

In the wake of the El Paso massacre, the Los Angeles Times published a vitally important op-ed by Jillian Peterson and James Densley. These university professors run The Violence Project, a nonpartisan think tank dedicated to reducing violence in society and improving policy and practice through research and analysis.

Working on a project funded by the research arm of the US Department of Justice, they have studied mass shootings since 1966, along with media, social media, manifestos, suicide notes, trial transcripts, and medical records. They have discovered four commonalities among the perpetrators of nearly all the mass shootings they have studied:

One: The vast majority experienced early childhood trauma and exposure to violence at a young age.

Two: Nearly every mass shooter reached an identifiable crisis point in the weeks or months leading up to the shooting.

Three: Most of the shooters studied the actions of other shooters and sought validation for their motives.

Four: They all had the means to carry out their plans by obtaining weapons legally, illegally, or from family members.

As a result, Peterson and Densley recommend tighter control of media sites that validate violence, improved security and weapons control, and proactive responses to those in personal crisis.

The darker the night, the more crucial our light

While society should obviously take all effective measures to protect itself, here’s my biblical point: Jesus can change any life he touches. He can heal any trauma. He can redeem any crisis. The God who turned a murdering Pharisee into a missionary of grace can transform anyone.

Do you believe that any person stands beyond the transforming power of our Savior’s love? What about the person planning the next massacre?

The more secularized our culture becomes, the more evangelistic our churches must become. The more people during a crisis ridicule our prayers, the more they need our prayers. The more traumatized and victimized our society, the more vital our compassion. (For more, see Ryan Denison’s “The Gilroy Garlic Festival: Moving forward by not moving on.”)

The greater the threat of violence, the more urgent our message.

That’s why we must do all we can to reach the next shooters before they strike. We must use our influence to permeate our broken culture with biblical truth and grace. We must share God’s word and love with everyone we can in every way we can.

God’s question for his people today

Jesus is weeping beside twenty-nine graves today (John 11:35). He is calling us to join him with heartbroken compassion for the victims and their families and a renewed commitment to our gospel mandate.

We are still the only “light of the world” (Matthew 5:14). The darker the night, the more crucial our light.

One lesson of El Paso and Dayton is that every community is a mission field. As a result, every Christian is a missionary.

What is your answer to him?