The “Space Force” and the Protection of God 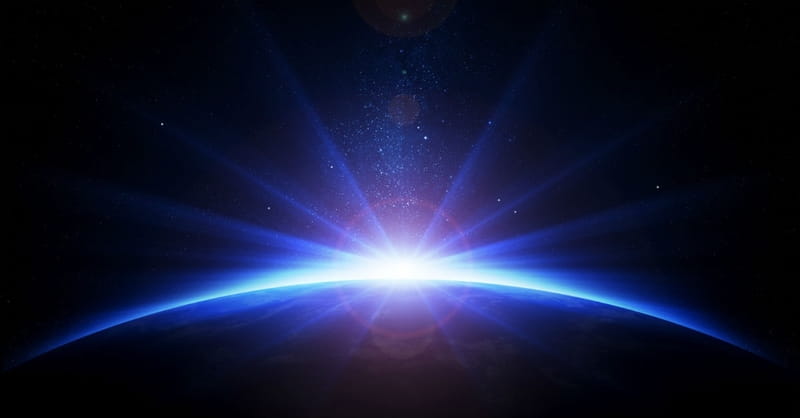 The “Space Force” and the Protection of God

“The time has come to establish the United States Space Force.” With this announcement, Vice President Mike Pence told an audience at the Pentagon yesterday that the US must “meet the emerging threats on this new battlefield.”

By year’s end, the White House intends to create a US Space Command led by a four-star general. It would eventually establish a “Space Force” as the sixth branch of the US military.

For years, members of Congress and military leaders have been warning that space is a warfighting domain in need of more attention and resources. The Pentagon’s satellites are already used for missile-defense warnings, guiding precision munitions, and providing communications and reconnaissance.

Russia and China have made significant advances in militarizing space. Vice President Pence cited our adversaries’ advancements in developing hypersonic missiles which can travel up to five miles per second and evade our missile warning systems.

“America will always seek peace, in space as on earth,” he stated. “But history proves that peace only comes through strength. And in the realm of outer space, the United States Space Force will be that strength.”

Geopolitical analyst George Friedman has been predicting for years that World War III would begin in space. He notes, “It seems like science fiction, but one wonders how somebody in 1900 would have felt about a description of what World War II was going to be like.”

Consider our way of life just eighteen years ago.

When the new millennium arrived, you were awakened by a clock radio (iPhones did not exist for another seven years). There were no social media apps (they now cost us five hours a day). Weekday newspaper circulation was estimated at nearly fifty-six million (it’s down to thirty-one million now).

You listened to music on the car radio or your CD player (iPods didn’t debut until 2001). You had to read your email at the office (BlackBerrys didn’t begin pushing email to mobile devices until 2002). And you had a monthly subscription to Netflix–to rent DVDs.

“Earth has no burden that Heaven can’t heal”

Here’s the bad news: society progresses, but we don’t. Human nature doesn’t change. We’re still just as afraid of death, disease, and disaster as our ancestors. We need technology such as a Space Force because we’re just as warlike as when we fought with swords and spears.

Here’s the good news: God’s nature doesn’t change, either. “Jesus Christ is the same yesterday and today and forever” (Hebrews 13:8). This fact means that your Father loves you as much today as when he made you and when his Son died for you.

Nothing you have done has changed his mind about you. Nothing you will do will change his love for you.

Yesterday, I was listening to the car radio (an act that reveals my advanced age). I heard Christian recording artist David Crowder make this profound statement: “God doesn’t love your future self more than your present self. He loves you just as you are.”

Then he sang his very encouraging song, “Come As You Are.” It includes the promise, “Earth has no burden that Heaven can’t heal.”

“Some trust in chariots”

Not only is God’s love still relevant to our changing world–his protection is still vital as well.

The Space Force may defend us in the sky, but we’ll need to be defended on land as well. One fallacy of America’s superpower status is the mistaken belief that our military superiority makes us safe.

According to prosecutors, the children found in a New Mexico compound last Friday were being trained for school shootings. Investigators discovered a makeshift shooting range, an AR-15 rifle, loaded thirty-round magazines, four loaded pistols, and numerous rounds of ammunition.

In the first half of 2018, hackers attacked more than three hundred American universities; 340 million personal records were exposed on a publicly accessible server; an Under Armour app was breached, compromising records for roughly 150 million users; and a Russian hacking campaign impacted more than 500,000 routers worldwide.

David, the warrior king famous for slaying Goliath and defeating the Philistines, testified: “Some trust in chariots and some in horses, but we trust in the name of the Lord our God” (Psalm 20:7).

Here’s the catch: he cannot answer us until we call.

Will you be blessed today?

Self-sufficiency is spiritual suicide. Complacency blocks the Spirit’s power. But “the Lordlifts up the humble” (Psalm 147:6).

According to Jesus, we are “blessed” when we know our need of God (Matthew 5:3). Will you be blessed today?

The Space Force may protect us in the heavens, but our ultimate protection is in heaven.