The Israeli Election: A Day Can Change the World 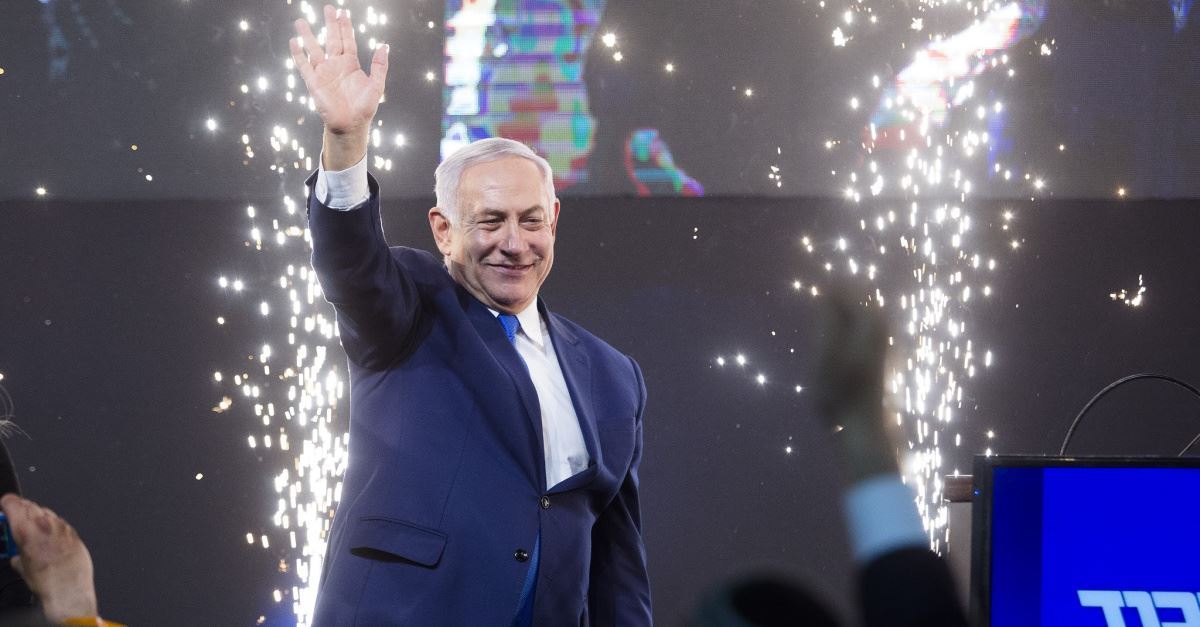 The Israeli Election: A Day Can Change the World

Yesterday, Israel held what is being called “one of the strangest and potentially most significant elections in the country’s modern history.” This morning, with over 90 percent of the vote tallied, both main parties are locked in a dead heat. The official results are expected later today.

Twenty-nine parties participated in the election. As expected, none won a majority in the Knesset, the country’s 120-seat parliament. According to the Jerusalem Post, the party of Prime Minister Benjamin Netanyahu, who is seeking an unprecedented fifth term, presently has thirty-three seats, as does the main opposition party.

Next Sunday, all party leaders who achieved representation in the parliament will begin consultations with Israel’s president, who will ask one of them to begin talks with other parties aimed at forming a coalition government.

A day can seem to change the world.

The Arizona Supreme Court has ruled that Christian calligraphers and painters Joanna Duka and Breanna Koski do not have to create “custom artwork to celebrate and promote messages they disagree with” such as same-sex wedding invitations.

Juxtaposed with this good news is the bad news: Duke University’s student government has denied Young Life official status as a student group on campus because of the ministry’s commitment to biblical sexual morality for its staff and volunteers. Duke was begun by Methodist and Quaker families and was called Trinity College for many years; I wonder what its founders would think of this announcement.

The news sometimes changes over the same news story.

Opponents of Justice Brett Kavanaugh were encouraged over the weekend by a New York Times article detailing a previously unreported allegation of sexual misconduct against him. Supporters of Justice Kavanaugh were encouraged by the subsequent disclosure that the woman at the center of the alleged misconduct declined to be interviewed and her friends said she did not recall the incident.

Living as “sojourners and exiles”

Good and bad news are the way of the world and have been so from the beginning of time.

In a sense, Adam and Eve lost two sons when one became a murderer and the other his victim. But they gained a son when God “appointed” them Seth (Genesis 4:25). Moses’ sin of presumption kept him from the Promised Land (Numbers 20:12), but his leadership brought his people to its border (Deuteronomy 34:1-5).

The fisherman who denied Jesus before a servant girl (Matthew 26:69-70) later defended him before the Sanhedrin (Acts 4:5-12). A Pharisee who persecuted Christians later became their global apostle. The best friend of Jesus was exiled to Patmos but later received the Revelation of his Lord there.

As “sojourners and exiles” in this world (1 Peter 2:11), we face the constant temptations of discouragement on one hand and self-reliance on the other.

When immorality wins the day, we wonder if our witness makes any difference and are tempted to keep our spiritual “salt” in the saltshaker (cf. Matthew 5:13). When biblical truth and religious freedom win the day, we are tempted to credit and trust in ourselves rather than our Lord.

“History” is “his story”

It is therefore important to remind ourselves daily that no matter what happens in the news, God is still on his throne.

We know how the story ends. The Father testified to the Son: “I will make the nations your heritage, and the ends of the earth your possession. You shall break them with a rod of iron and dash them in pieces like a potter’s vessel” (Psalm 2:8-9). One day “every knee will bow to the name of Jesus” (Philippians 2:10 NCV). And we will proclaim: “The kingdom of the world has become the kingdom of our Lord and of his Christ, and he shall reign forever and ever” (Revelation 11:15).

Until the day when time ends, “history” is “his story.”

The Lord allowed the Romans to martyr Peter and Paul, but not before Peter led the church in Rome and wrote two New Testament letters and Paul preached there “with all boldness” and wrote half the New Testament (Acts 28:31).

Missionary Jim Elliot was martyred when he was only twenty-eight years old, but not before he left in his journal the timeless proclamation, “He is no fool who gives what he cannot keep to gain what he cannot lose.” The moment he died, he stepped into the throne room of God forever.

We will join him there one day. Perhaps today.

“We can walk without fear”

In the meantime, this is a perennial fact: “Righteousness exalts a nation, but sin is a reproach to any people” (Proverbs 14:34). Let’s keep striving for righteousness in our lives and our culture. Let’s keep rejecting sin and encouraging those we influence to do the same.

And let’s remember with George Macdonald: “We can walk without fear, full of hope and courage and strength to do His will, waiting for the endless good which He is always giving as fast as He can get us able to take it in.”

How will you “walk” today?