REI has a Mission This Black Friday--What is the Christian Mission? 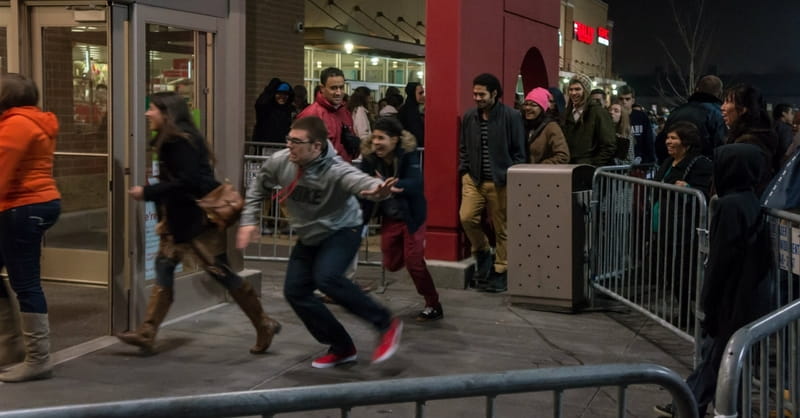 REI has a Mission This Black Friday--What is the Christian Mission?

"Black Friday historically is the most important retail day of the year," according to one consumer products specialist. "It's like a national holiday." Last year, 86.9 million people went shopping on the day after Thanksgiving.
However, REI has announced that its 143 stores will be closed on Black Friday. What's more, the company doesn't want you to shop anywhere else, either. It's planning a social media campaign with the hashtag #OptOutside, asking people to share what they're doing instead of shopping. REI's mission is not just to make money, but to get people outdoors. This campaign is part of that mission.
It's important to know your mission, and just as important to know how you'll fulfill it.
Consider the International Mission Board (IMB) of the Southern Baptist Convention, an organization that employs 4,800 missionaries and 450 support staff. It is planning to cut 600 to 800 people from its workforce, a fifteen percent reduction. It has begun by offering voluntary retirement to veteran missionaries.
According to The Wall Street Journal, the IMB had a $21 million shortfall last year. Since 2010, it has spent $210 million more than it has received. But the issue is more than financial. "There are seismic shifts happening in the nature of missions," according to one missions leader. "Our role is changing, and our dominance is changing."
Clearly, Christians must take the gospel to those who have not heard it. The Great Commission is still our mission. Career missionaries are still essential to that mission, vital for staffing hospitals, seminaries, and other long-term institutions. When tragedies such as the earthquake in Afghanistan strike, we need believers on the ground to serve those in crisis and share God's love in theirs.
But short-term missionaries can go where career missionaries cannot. Ministries such as Global Media Outreach can use the Internet and other media to share Christ with people in nations closed to missionary presence. Going from "the West to the rest" is still vital, but we must find new and innovative ways to reach the nations.
And God is bringing "the rest" to the West. As I noted yesterday, the Islamic State claims to be imbedding jihadists among refugees traveling from Syria into Western countries. If this is true, reaching Muslims in our culture is even more urgent. Indeed, every person you know who does not know Christ is your mission field.
In Missional Renaissance, veteran missiologist Reggie McNeal calls for three shifts:
When it comes to ministry, "If you build it, they will come" is no longer true. As Jesus was called to go to those who would not come to him (Mark 1:38-39), so are we.
It is bad news that Southern Baptists have been forced to reduce the number of career missionaries they support. But it is good news that more Christians are responding personally to God's missionary call.
Every Christian has a Kingdom assignment. So every Christian needs an Acts 1:8 strategy. What's yours?
Photo courtesy: Wikimedia Commons
Publication date: October 28, 2015