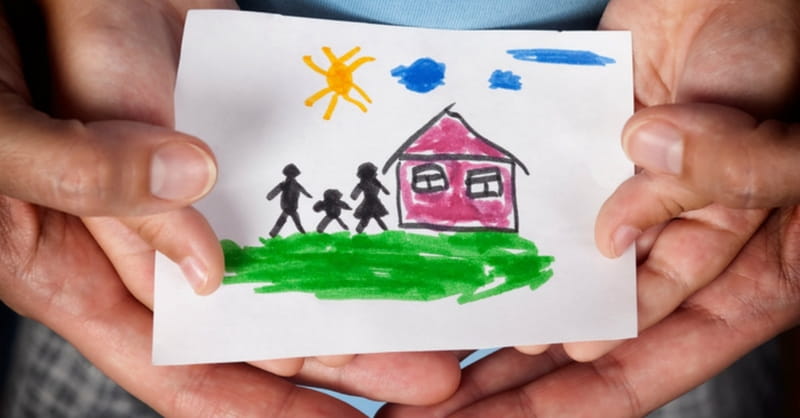 There is a critical shortage of foster parents in America today. As one example, the city of Philadelphia has issued an “urgent” plea for more foster homes.

At the same time, the city has halted referrals to Catholic Social Services (CSS), an agency that has worked in the city for decades and oversees about one hundred foster homes. The Wall Street Journal explains the reason: the agency holds Catholic beliefs about same-sex marriage.

“Who is really intolerant here?”

CSS works with children regardless of gender, sexual orientation, or race. On religious grounds, however, they will not certify same-sex or unmarried couples as foster parents, referring them to another state-approved agency. More than two dozen such agencies exist.

CSS says no gay couples have ever sought their help for certification. Nor has anyone filed a complaint after being turned away.

Nonetheless, Philadelphia has denounced CSS as discriminatory and launched an investigation into their practices. Unless the group agrees to provide written certifications for same-sex foster parents, the city will terminate CSS’s contract in June.

One foster parent affected by the city’s decision has opened her home to more than 130 children over the last forty-six years. Philadelphia honored her as one of its foster parents of the year in 2015. But because she is certified through CSS, her home has been vacant since April.

The city claims that foster parents could simply work through another agency. However, switching agencies can be a bureaucratic challenge. In addition, CSS provides its foster families with holistic support, making social workers available for calls at any hour.

As the Journal notes, “Philadelphia is penalizing Catholic Social Services because its beliefs about marriage don’t mesh with progressive cultural values. To protect the city’s conscience, Philadelphia demands that Catholics violate their own. Who is really intolerant here?”

“No longer welcome in American culture”

These are troubling times for those of us who affirm biblical morality.

We’ve grown accustomed to being ridiculed in popular culture (a character on The Simpsons calling��Christianity a “dopey religion” is just a recent example). We recognize that our affirmation of biblical marriage will continue to anger those who brand us “intolerant” and “homophobic.”

A perceptive Time article headlined, “Regular Christians Are No Longer Welcome in American Culture.” In his keynote address at the recent First Amendment Lunch in Washington, DC, Albert Mohler described the times in which we live:

“Religious freedom, freedom of speech, and the freedom of the press, along with the other rights recognized and respected within the Bill of Rights, are all threatened even as other rights are marginalized. Even more distressingly, a new regime of invented rights threatens to replace the rights that are clearly enumerated within the text of the Constitution.”

When the growing bias against biblical morality affects innocent children, the “culture wars” have moved to an especially troubling place.

Use our influence to advance biblical morality

Engage in the political process. I’ve often stated my belief that God is calling more Christians into public service than are answering his call.

Pray for those in authority (1 Timothy 2:1-2). Ask God to guide them and to bring them to repentance where necessary. Encourage believers who are running for office and serving in political leadership, asking God to use their witness for his glory and our good.

Defend believers whose rights are under attack. For example, the Becket Fund for Religious Liberty brought a lawsuit on behalf of Catholic Social Services against the city of Philadelphia, claiming that the city has breached its contract with CSS and is violating the group’s right to religious liberty. Organizations such as Kelly Shackelford’s First Liberty are doing outstanding work in defending Christians whose faith is under legal assault.

“You can turn the world around”

If you’re wondering whether your faith and faithfulness can make a real difference in our culture, remember how God works. He uses a shepherd’s sling to slay a giant; he turns a boy’s lunch into a feast for thousands; he transforms Galilean fishermen into world-changing apostles.

His kingdom is like a mustard seed that becomes a tree so large “the birds of the air come and make nests in its branches” (Matthew 13:31-32).

Why does he do this?

Edmund Burke warned: “Nobody made a greater mistake than he who did nothing because he could only do a little.” By contrast, Thoreau asserted: “Live your beliefs and you can turn the world around.”

Will you “live your beliefs” today?